Get There From Here

I've had extended opportunities, while driving to Yoakum and back, and gardening there, to consider our predicament as stewards of life on Earth.
The machine that supports our lives grinds forward to burn all of the coal and oil as quickly as possible, killing us in the process.
It's a conundrum, but it's not insoluble.
The solution has been practiced, for thousands of years, in many different parts of our world, and it arose independently.
The core of the solution is subsistence farming the same farms for generation after generation, improving and adapting the methods and techniques and soil, and passing down the wisdom.
If people somehow survive the next 50 years, it will be groups somewhere out there doing this.

Rob Uri writes an excellent article detailing how the system, itself assures this problem we have. No solution can arise from it, or be allowed by it.
Unbeknownst to most Americans, the nation’s forests were clear-cut from coast to coast in the mid-late nineteenth century. Photographs from the era show denuded landscapes— no trees, no animals, and streams still poisoned from the runoff in the present, for as far as the eye can see.  The scars from nineteenth and twentieth century strip mining in Pennsylvania draw direct geographical and historical lines to the mountaintop removal that is taking place in West Virginia today...
These natural resources produced the bounty of American capitalism every bit as much as the manufacturing prowess of the Second Industrial Revolution. In turn, this combination of low-cost resources, manufacturing prowess and natural borders (the oceans) produced the military might that defines America in the present. The logic of weapons and weaponry pervades American capitalism. Death and destruction, domination and control, are what America does...
The relevance for a Green New Deal is that confronting extractive and polluting industries is to confront both ‘private’ interests and the American state. Representatives of the state perceive these industries to be extensions of state power. Again, the U.S. Army explains the relationship here. Placing restrictions on multinational corporations and Wall Street is to reduce state power, goes the logic. And the belief is that the relationship is symbiotic— what benefits one, benefits the other.
There is a long history here. General Smedley Butler described his role leading U.S. military incursions abroad as a ‘gangster for capitalism.’ Economic Hitman John Perkins brought this corporate-state relation into the twenty-first century as coup-engineer for corporate interests...
Democrats claim that the dividing line for environmental resolution is between belief in climate change and unbelief. But the actual result is (1) they believe and (2) they perpetuate the problem.
https://www.counterpunch.org/2019/02/15/the-green-new-deal-capitalism-and-the-state/

​That's not a bug...​
Study By MIT Economist: U.S. Has Regressed To A Third-World Nation For Most Of Its Citizens
https://mavenroundtable.io/theintellectualist/news/study-by-mit-economist-u-s-has-regressed-to-a-third-world-nation-for-most-of-its-citizens-Sb5A5HZ1rUiXavZapos30g/

​Tom Luongo:
In Warsaw, the U.S. cajoled some sixty countries, many of them Arab, to send representatives only to be scolded like schoolchildren by Vice President Mike Pence for undermining the drive for war with Iran...
The entire Warsaw meeting was designed to impress upon everyone how seriously they should take U.S. and Israeli desires for regime change in Iran. And how committed they are to keeping everyone in the fold on all matters pertaining to the Trump administration’s hostility towards Iran, Russia, and China...
Pompeo and Netanyahu were putting the world on notice that they are not only 1) insane but 2) committed to their path to braying for war While, as Elijah Magnier points out, the entire dog and pony show in Warsawa was for Netanyahu’s re-election bid amidst cabinet resignations and corruption scandals.
​ ​At the same time, Russian President Vladimir Putin met with his Iranian and Turkish counterparts in Sochi to discuss the next phase of bringing peace to Syria.
https://tomluongo.me/2019/02/14/while-pompeo-pouts-in-poland-putin-pushes-peace-in-syria/

​From The Guardian, UK.
Pro-Israel lobbyists funneled more than $22 million into the 2018 US election cycle, making the lobby far more active and influential than those aligned with other foreign nations, public records show...
It’s not just a handful of politicians receiving the pro-Israel money, either. In fact, the Israel lobby donates to the majority of politicians, spending money on 269 House representatives’ and 57 senators’ campaigns last year.
Interestingly, the Guardian noted that Democrats who demanded an apology from Omar coincidentally received some of the highest levels of contributions from the pro-Israel lobby.
https://www.rt.com/usa/451583-israel-lobby-millions-influence/

Dozens of Israeli settlers launched an attack on Palestinians in the Old City of Hebron in the southern occupied West Bank on Tuesday night, yelling “death to Arabs!” in the street and hurling rocks at Palestinian homes.
According to locals, more than 100 settlers accompanied by over 70 armed Israeli forces began marching down Shuhada street at 9pm in the Old City, heading towards the Palestinian neighborhood of Tel Rumeida.
“They were chanting anti-Arab slogans, calling for the expulsion of all Palestinians from the area, saying this is the land of Israel, and saying we should all die.”...
“Here in the Old City we are used to such attacks, so the Palestinians all have bars on their windows so that the settlers can’t break through,” Dweik said.
He added that no one was badly injured, but several people sustained bruises on their faces and bodies from being physically assaulted by the settlers.
The attack lasted until just after midnight, Dweik said. “When the soldiers saw lots of Palestinians beginning to congregate in the area, they started to push the settlers back and control them.”
https://mondoweiss.net/2019/02/foreigners-following-expulsion/

Syrian state-run news agency SANA has cited local sources as saying that US forces have used helicopters to transfer large boxes full of the "spoils" of Daesh* terrorists from the al-Dashisha area in Hasaka province's southern countryside...-an account, which, as SANA stresses, corresponds with other reports that Daesh had transported some 40 tonnes of gold bullions stolen from Mosul in Iraq and other areas in Syria to al-Dashisha.
According to the sources, US military helicopters arrived in Hajun in Deir ez-Zor and Dashisha in Hasaka, transferring Daesh militants who had surrendered themselves to American troops and later directed them to the cashes of stolen gold, allegedly closing a deal under which Washington "spared hundreds of the terror organisation’s field leaders and experts".
Washington has yet to comment on the report.
https://sputniknews.com/middleeast/201902171072500845-deal-washington-daesh-smuggle-gold/

​Kunstler has a lot of inconvenient truths compiled here... probably courtesy of Vladimir Putin.
​The Trump “resistance” already seems demoralized by the collapse of the Russia collusion story, which had been the centerpiece of their impeachment hopes. Several reconstituted house committees under the new Democratic Party chairs, have pledged to keep mining that vein of fool’s gold to keep the hysteria alive long enough for the 2020 elections. But what will happen in the meantime as their enablers are dragged into courts of law to answer for their roguery?
http://kunstler.com/clusterfuck-nation/worms-turning/

​Oh No! How did Putin get to Kamala's Dad?
DONALD HARRIS SLAMS HIS DAUGHTER SENATOR KAMALA HARRIS FOR FRAUDULENTLY STEREOTYPING JAMAICANS AND ACCUSES HER OF PLAYING IDENTITY POLITICS
“My dear departed grandmothers(whose extraordinary legacy I described in a recent essay on this website), as well as my deceased parents , must be turning in their grave right now to see their family’s name, reputation and proud Jamaican identity being connected, in any way, jokingly or not with the fraudulent stereotype of a pot-smoking joy seeker and in the pursuit of identity politics. Speaking for myself and my immediate Jamaican family, we wish to categorically dissociate ourselves from this travesty.”
https://www.jamaicaglobalonline.com/amp/donald-harris-slams-his-daughter-senator-kamala-harris-for-fraudulently-stereotyping-jamaicans-and-accusing-her-of-playing-identity-politics/?__twitter_impression=true

​Researchers create rat-cyborgs and train people to control them with their minds. (The rats stayed on task. Some of the human controllers got distracted, but some of the human controllers got perfect scores directing the rats through mazes with a modified device for controlling prosthetic limbs. Researchers say this could be a two-way-street, fairly easily. Chinese researchers, y'all...)​
http://blogs.discovermagazine.com/d-brief/2019/02/14/researchers-control-rat-cyborgs-with-their-minds/#.XGtUk1VKjtQ 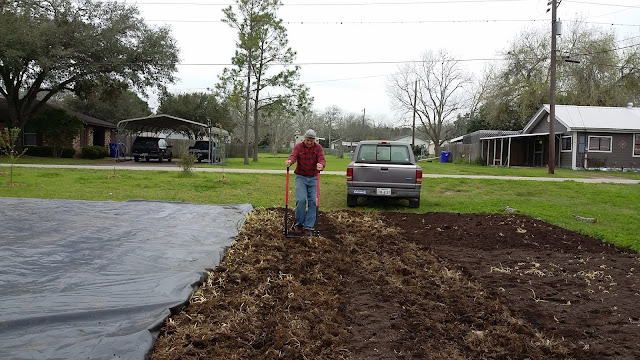