The new coronavirus information yesterday was that there are 2 strains, with different fatality rates. The original "S" strain continues to spread through China, where the data was collected, and causes fewer fatalities. It is less aggressive of a pathogen. The newer "L" strain exploded in Wuhan, and appears to have been responsible for most of the deaths there.
Of course we still don't know the real numbers, but most estimates are vastly higher than official numbers, and based on cremation rates.
These 2 strains are significantly different, and the rapidity of the arising of the very differently mutated L strain suggest that it entered the ongoing epidemic in Wuhan, and transformed it into a horror-show. The Chinese authorities may have been acting upon the milder illness of the first S strain wave for their early decisions, leading into Chinese New Year.
Of course I wonder what strains are circulating where in our world, but I also really wonder where that deadly L coronavirus strain came from.
The question of how this lab virus got into human circulation is still unsettled in public discourse. I do not believe pangolins got it from bats. This new information again brings up the question of "accident" or "attack" and it is now a 2-pronged question.
Whether the initial novel coronavirus S type was accidental or offensive, I really must favor the second L type coronavirus being an offensive attack.
The killer wave came at a particularly vulnerable moment, with China having set the defensive response way too low. The aggressor could be assured of deeper penetration and more damage, once the defense was set as mainly-propaganda.
How may China respond? To whom might China respond in kind?
(The article below carries on with the approved narrative that these strains are naturally occurring, but points out that "neutral site" mutations diverge by 17%, a vast divergence in regions of the genome, which are not subject to evolutionary selection pressure as viruses multiply and spread. This excludes a natural series of mutations as cause.)

Population genetic analyses of 103 SARS-CoV-2 genomes indicated that these viruses evolved into two major types (designated L and S), that are well defined by two different SNPs that show nearly complete linkage across the viral strains sequenced to date. Although the L type (∼70%) is more prevalent than the S type (∼30%), the S type was found to be the ancestral version. Whereas the L type was more prevalent in the early stages of the outbreak in Wuhan, the frequency of the L type decreased after early January 2020. Human intervention may have placed more severe selective pressure on the L type, which might be more aggressive and spread more quickly.

​They only published this in Chinese, not English. It does not look like a threat, but grandstanding.​ Masks. Antibiotics...
China Hints At Blackmail Over Pharmaceutical Exports, Would "Plunge US Into Mighty Sea Of Coronavirus"
China's CCP media mouthpiece, Xinhua News, has published a new article titled "Be bold: the world owes China a thank you."
https://www.zerohedge.com/geopolitical/china-hints-blackmail-over-pharmaceutical-exports-would-plunge-us-mighty-sea

​It is time to revisit Turkey and Syria, and Russia, Iran Hezbollah, Israel, US, Greece, EU, and so on.
Not mentioned in analyses I'm reading is the spread of novel coronavirus in refugee camps and military forces. It must be rapid, but there is no testing reported. Eleni, in Athens sent this analysis, which is better than the others I'm seeing.
The conflict Erdogan envisions between Russia, Iran and Syria on one side and Turkey on the other would suit the US and Israel. They would be happy to see Presidents Putin and Erdogan sinking into the Syrian quagmire and Hezbollah losing more men in the Levant. Negotiations, intense battles and attempts to reshuffle the military situation are taking place behind the scenes. President Erdogan is trying to improve his military position on the ground before his meeting with President Putin in Moscow tomorrow Thursday- but to no avail. Stormy negotiations can be expected...
Turkey halted its direct bombing against Hezbollah and the Zulfiqar brigade. Iran and Hezbollah threatened to hit Turkey if the bombing continued. Close to 2000 Turkish officers and soldiers are now positioned, under Hezbollah and Iran’s ‘protection’, in 14 observation posts inside Syrian controlled areas, where they receive supplies locally. A meeting between the Iranians and the Turkish army and an exchange of messages took place between Hezbollah and Ankara, explaining that any clash between the two will bring the Levant and Turkey into a comprehensive confrontation that no one could win. The battle in Syria should not be against Turkey, and Erdogan needs to understand that the presence of his troops on Syrian territory is not acceptable...
Turkey wants to bring back the deployment of forces on the ground to where they were before the Idlib battle and is calling for the respect of the Astana agreement but from a weaker position. In fact, it is too late for that; deals have a short life in Syria! Ankara will have to accept the status quo and prepare to lose Idlib without further concessions in the Kurdish area. This does not mean Erdogan will accept and surrender without a fight all the Syrian territories he has occupied without a fight. The Putin-Erdogan meeting will probably not end all differences, and much may have to be postponed until the forthcoming Putin-Erdogan-Rohani meeting this month in Tehran.
https://ejmagnier.com/2020/03/04/putin-erdogan-meeting-a-storm-is-expected-over-the-mother-of-all-battles-in-idlib-ayn-al-arab-is-at-stake/ 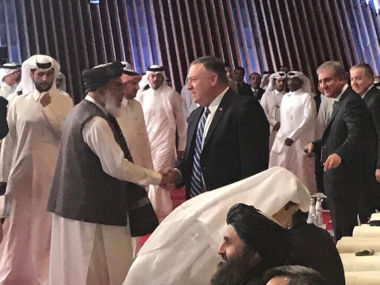 Elizabeth Warren will drop out today.
(Liz Warren should endorse the "other woman of color", Tulsi Gabbard. Her revenge would be sweet and broad.)
​ ​The news has been confirmed by NBC. Warren only had 50 delegates, and it's likely many will side with Bernie Sanders, who has long since won the battle to be the progressive standard-bearer.
​ ​The big question now is: To whom will Warren give her endorsement? Will she swallow her pride, put the acrimony behind her and side with Bernie Sanders, whom she repeatedly touted as an ideological ally against the party 'establishment'? Or will Warren side with Biden, a move that would undoubtedly infuriate millions of progressives who will presumably follow Bernie leftward?