On the 13th anniversary of the Lehman bankruptcy, Evergrande, China's largest real-estate company, announces default, non-payment of interest.
(Our son, Jim turns 30 today, also.)  China's decision to put limited funds into finishing construction instead of servicing debt seems practical.
​  ​According to Bloomberg, Chinese authorities told major lenders to China Evergrande Group not to expect interest payments due next week on bank loans, which takes the cash-strapped developer a step closer the nation’s largest modern-day restructurings, and guarantees that China's "Lehman Moment" is now just a matter of days, if not hours.​..instead most of Evergrande’s working capital in now being used to resume construction on existing projects, the housing ministry told bankers...​  With senior leaders in Beijing silent on whether they will allow Evergrande creditors to suffer major losses, bondholders have priced in slim odds of a rescue...
https://www.zerohedge.com/markets/chinas-lehman-moment-arrives-13th-anniversary-lehman-bankruptcy-beijing-tells-banks
None Dare Call It "Ivermectin"? What day is this?
​  ​President Trump has responded to claims that Milley had a back-channel with his Chinese counterparts and would warn them of any impending attacks."If the story of “Dumbass” General Mark Milley...is true, then I assume he would be tried for TREASON in that he would have been dealing with his Chinese counterpart behind the President’s back and telling China that he would be giving them notification “of an attack.”" wrote Trump in a statement.​..
"For the record, I never even thought of attacking China - and China knows that," Trump continued.
https://www.zerohedge.com/political/book-reveals-gen-milley-secretly-sabotaged-trump-called-china-sparking-talk-treason
​John Ward has done thorough research here. His use of the English language is always exemplary:
Autoantibodies, Fauci the antimatter liar, Ivermectin the Saviour – & a way for those already vaccinated to avoid death
​  ​Collating eclectic data from around the world, The Slog takes another stab at waking people up….while showing that, even for the doubled vaxxed, there is a still huge advantage in saying NO from here on.
​  ​One can observe categorically that medical researchers in Australia, India, France, the US, Germany and Japan are showing why the mRNA Covid “vaccines” tested by Oxford Recovery on dogs killed all the vaccinated animals. The detailed nature of deadly Cytokinic overreaction is closely allied to the study of how ‘autoantibodies’ develop. These little mothers are not always good news.
https://therealslog.com/2021/09/15/a-slog-vaxicide-special/
​  I have been waiting for the details on why these 2 distinguished career​ technocrats recently resigned. I knew it was about mRNA vaccines, but what?
​How significant is it that the two top FDA officials responsible for vaccine research resigned last week and this week signed a letter in The Lancet that strongly warns against vaccine boosters? This is a remarkable sign that the project of government-managed virus mitigation is in the final stages before falling apart.
https://brownstone.org/articles/the-meaning-of-the-fda-resignations/
“Do I or don't I?” Some Texas hospitals grapple with new mandatory vaccine rule​
(Heel dragging is all that CAN be done.)
Stuck between Biden's and Abbott’s competing vaccine rules for employees, public hospitals consider their next move even as most private systems already require vaccination for employees.
https://www.texastribune.org/2021/09/10/coronavirus-texas-vaccine-mandate-hospitals/
​A good explanation, but the real power wielded in politics is often hidden threat and coercion.
Why the Biden COVID-19 Vaccine Mandate is Unconstitutional
And why Kavanaugh may be key.
https://technofog.substack.com/p/why-the-biden-covid-19-vaccine-mandate
Risks of Vaccines for Those Recovered from COVID-19 – Krammer, Raw & Mathioudakis
by Dr. Peter McCullough
​  ​There is recent research on the fact that the COVID-19 vaccine is dangerous for those who have already had COVID-19 and have recovered with inferred robust, complete, and durable immunity. These patients were excluded from the FDA-approved clinical trials performed by Pfizer, Moderna, and J&J. From these trials, the safety profile was unknown when the products for approved for Emergency Use Authorization in 2020. There has been no study demonstrating clinical benefit with COVID-19 vaccination in those who have well documented or even suspected prior COVID-19 illness.
https://www.americaoutloud.com/risks-of-vaccines-for-those-recovered-from-covid-19-krammer-raw-mathioudakis/
Maybe things have changed since July? Smallish sample, just over 1000...
​  ​A new national poll shows that the vast majority of Americans resolutely oppose vaccine mandates, regardless of party affiliation.
The poll was produced by the Trafalgar Group, in conjunction with Convention of States Action, and demonstrated an overwhelming rejection of vaccine mandates by over 71 percent of participants.
https://www.lifesitenews.com/news/poll-majority-of-americans-oppose-jab-mandates/
​A very good letter to the editor of the BMJ , from last September, explains how T-cells fight viruses, and how they need vitamin-D in the circulation to pull that trigger.
​https://www.bmj.com/content/370/bmj.m3563/rr-6
Paul has ordered some ivermectin from Canada. It's OTC in Canada.
It's kind of expensive... He got it here.
https://medshopcpl.com/antibiotics/stromectol.html
​Asymmetric Warrior​  (pictured harvesting okra) 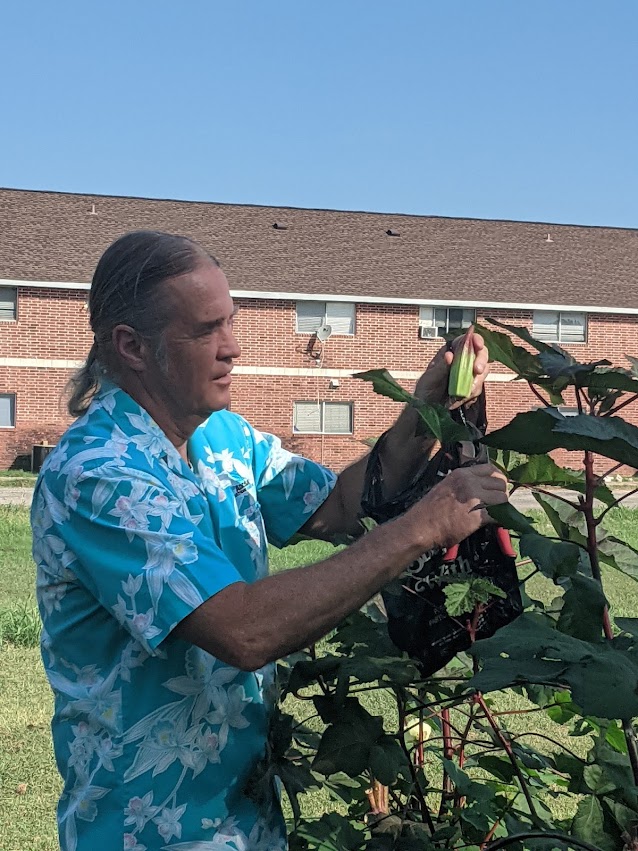