​  ​Russian LNG suppliers have recently sold LNG cargoes in Asia at close to the prevailing spot market prices, suggesting that fears of sanctions on Russia’s LNG exports have nearly disappeared.

https://oilprice.com/Latest-Energy-News/World-News/Steep-Discount-On-Russian-LNG-Disappears.html
It is interesting to me that Musk and Dorsey have history in PayPal, electronic finance, and Musk's biggest co-owners of Twitter are now Dorsey and a Saudi Prince. Is this going to be a new independent global financial platform? Just wondering...
https://www.theguardian.com/technology/2022/nov/10/biden-says-elon-musks-connections-to-other-countries-worthy-of-being-looked-at
​  ​The post-war phase (1950-1980) involved the victory of national liberation movements – China, Vietnam – in south east Asia and the middle-east – still ongoing – enabled the peripheries to impose a revision of the old asymmetrical terms of the global system and to enter into the industrial age. This period of negotiated globalization was exceptional, and it is interesting to note that the world then experienced growth that was the strongest known in history as well as the least uneven in terms of the distribution of what was produced and distributed
​  ​But whisper it softly there has occurred a slow geopolitical burn which is now not easily snuffed out and which goes from strength to strength. This emerging bloc of independent Eurasian states led in the main by Russia and China and organized in the BRICS (Brazil-Russia-China-India-SouthAfrica) and Shanghai Corporation Organization (SCO) represent an alternative system to the glaring global level of inequality and stands out like a beacon of light against the parasitism and orthodoxies of laissez-faire extractive capitalism/imperialism.
​  ​In more general terms Michael Hudson lays out a precis of a choice between the two alternatives. As follows:
​"Finance capitalism is de-industrializing the US economy and that of its allied NATO satellites. The Destiny of Civilization explains that the resulting international diplomacy is not a competition for markets (as the Western Economies are already deindustrializing as a byproduct of financialization and capital’s war against wage labour), nor a conflict between democratic freedom and authoritarianism, but rather a conflict of economic systems juxtaposing the rentier economics of debt-deflation and austerity to socialist state-subsidized growth protecting the 99% by keeping the 1% in check.’’
http://thesaker.is/the-collective-west-might-be-losing-the-war-with-eurasia/
​ ​
​  The global financial-extraction system sees a new way to forge-forward in reducing wages, while maintaining worker-motivation and "productivity". We know that they see "transhumanism" as the answer, replacing human ingenuity with AI, and motivating the few necessary human workers with brain implants and control of all finance and purchases.​ This "solution" clearly converges on reduction of workers to nothing, no-expense, no-voice, no ability to be "consumers", to be a "market". Like exponential-growth on a finite planet, the end-game of this "trans-human" regime is clearly defined, and would be approached in a short time.
What would be the next economic arrangement? It seems like there would not be one, after the replacement of natural humans with cyborg-slaves, incapable of autonomus actions.
Maybe I just don't have a good enough imagination, but it is easier  for me to imagine replacement of the global-neoliberal financial-capitalism model with good-old-fashioned Henry Ford industrial capitalism, supported by public provision of schooling, utilities, roads, medical care and retirement security.
https://internationalman.com/articles/doug-casey-on-the-world-economic-forums-plan-for-mankind-and-what-comes-next/
​The pervasive use of government newspeak in this article is chilling, but that's what happens when one has to quote government mouthpieces and functionaries.​
You have to think a bit about what each genteel statement means when it is carried out in the world.
The Quiet Merger Between Online Platforms and the National Security State Continues
https://jacobin.com/2022/11/dhs-big-tech-surveillance-censorship-mdm
​  Hungary says they saw what happened when they agreed to the COVID emergency borrowing through the EU. Hungary and Poland are having their own funds withheld by the EU right now, but are expected to vote in favor​ of backing another loan-to-nowhere for the NATO Mafia to distribute as it sees fit.
Hungary reacts to EU aid plan for Kiev
https://www.rt.com/news/566202-hungary-rejects-ukraine-plan/
​  Russian preparations to withdraw across the river from Kherson are detailed here. The city has been evacuated of civilians, and is expected to become a kill-zone for either Russian or Ukrainian military forces soon.​ Ukrainian forces have taken very high losses in the past 3 months of offensive attacks around Kherson.   If Ukrainian forces take Kherson they can strike at Crimea. If Russian forces later retake Kherson, they are expected to advance to Odessa, capturing the whole Ukrainian Black Sea coastline. Ukraine is really muddy and still having heavy rains. Tank maneuvers will be possible by early December, when the ground is frozen solid.   https://www.moonofalabama.org/2022/11/the-pullout-from-kherson.html
​Local Investor (pictured with one of 4 developing banana stalks)​ 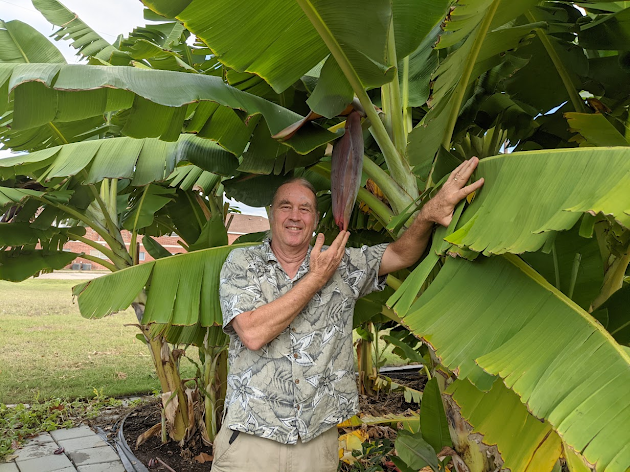