U.S. President-elect Donald Trump said on Tuesday he was keeping an open mind on whether to pull out of a landmark international accord to fight climate change, in a softening of his stance toward global warming.
"I think there is some connectivity. Some, something. It depends on how much," he told a panel of New York Times journalists.
But he said he was also wanted to see how much the Paris climate accord "will cost our companies" and its impact on US competitiveness.
Two people advising Trump’s transition team on energy and environment issues said they were caught off guard by his remarks.
Trump has said he might have to build a fence, rather than a wall, in some areas of the U.S.-Mexican border to stop illegal immigration, tweaking one of his signature campaign promises.
Breitbart News, the outlet once led by Trump's chief strategist, Steve Bannon, published a story on Tuesday under the headline, "Broken Promise: Trump 'Doesn't Wish to Pursue' Clinton email charges."
But Trump said "no" when asked if he would rule out investigating Clinton over her family's charitable foundation or her use of a private email server while she was U.S. secretary of state during President Barack Obama's first term.
http://www.reuters.com/article/us-usa-trump-idUSKBN13H1DZ
https://www.yahoo.com/news/trump-nyt-open-mind-quitting-climate-accords-185324465.html

Clinton beat Sanders in a rigged primary, but may have been outrigged in the general election by the Republican machine (or the Bushes turned against her). Exit polls are highly accurate, and this data is large and one sided and concentrated in electronic-voting districts. Thanks Dan
http://www.counterpunch.org/2016/11/22/election-data-screams-fraud/

Ben Carson MD has been offered directorship of HUD, Housing and Urban Development, in Trump's administration. (He would be there for politics, not expertise. I suspect he would have to smile and explain a lot. Perhaps not so appealing...)  http://www.zerohedge.com/news/2016-11-23/trump-offers-ben-carson-hud-secretary-job

Secretary of State is a huge political plum, and must be getting hotly negotiated about now. Romney or Giuliani? Is there another?
http://www.politico.com/story/2016/11/mitt-romney-secretary-of-state-trump-231793

On the issue of torture, Mr. Trump suggested he had changed his mind about the value of waterboarding after talking with James N. Mattis, a retired Marine Corps general, who headed the United States Central Command. “He said, ‘I’ve never found it to be useful,’” Mr. Trump said. He added that Mr. Mattis found more value in building trust and rewarding cooperation with terrorism suspects: “‘Give me a pack of cigarettes and a couple of beers, and I’ll do better.’” “I was very impressed by that answer,” Mr. Trump said.   http://www.washingtonsblog.com/2016/11/4-star-general-convinces-trump-reconsider-pro-torture-stance.html
(No experience and not quite Tulsi Gabbard, but as close as he could find, I guess.) In the first woman appointment to Trump's administration, South Carolina Govenor Nikki Haley has accepted the president-elect's offer to be his ambassador to the United Nations, NBC News reported this morning. The daughter of immigrants from India, Haley served three terms in South Carolina's State House before winning the governorship in 2010 and again in 2014. A two-term governor, Haley, 44, initially backed Trump rivals Sen. Marco Rubio and then Sen. Ted Cruz... Haley is married to a captain in the Army National Guard who served in Afghanistan, and has two teenage children, according to her biography on the state's website.http://www.zerohedge.com/news/2016-11-23/trump-names-former-political-opponent-un-ambassador-replacing-anti-putin-samantha-po
Obstacles to Trump's Growth Plans (Limits-to-Growth, again.) “Things are not what they were.” Complexity “theory” tells us that trying to repeat what worked earlier – in very different conditions – will likely not work if repeated later. In the Clinton era, for example, 85 percent of the U.S. population growth derived from the working-age population. The headwind that Trump will face is that, over the next eight years, 80 percent of the population growth will comprise 65+ year olds. And 65+ year olds are not a good engine of economic growth. [Economic "growth" is dead in the world. Work is another issue, though. There are over 100 million unemployed 18-65 year olds in America. Most can probably work at something...]Self-sufficiency implies higher domestic costs and price rises for consumers.  https://www.theautomaticearth.com/2016/11/obstacles-to-trumps-growth-plans/ 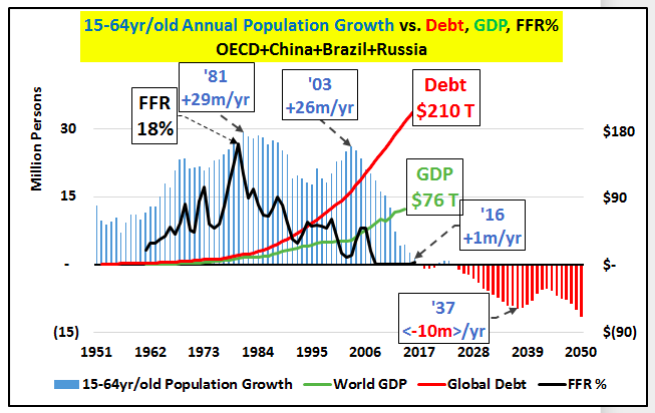 Financially chaotic and cash-starved, India considers a total ban on gold imports. That is why gold prices just took a dive under $1200/oz. http://www.marketwatch.com/story/potential-gold-import-ban-by-india-could-be-biggest-bombshell-since-nixon-2016-11-22
German Chancellor Angela Merkel takes up the Clintonian banner of "Fake News", warning Germans about being misled by clever enemies.
Speaking in parliament for the first time since her announcement Sunday that she would seek re-election next year, Merkel cautioned that public opinion was being "manipulated" on the internet.
http://www.zerohedge.com/news/2016-11-23/merkel-declares-war-fake-news-europe-brands-russias-rt-sputnik-dangerous-propaganda#comment-8514032

How is it even possible to be openly talking about another EU bailout for bled-dry-and-prostrate Greece?
http://www.ekathimerini.com/213948/article/ekathimerini/news/eu-ministers-to-discuss-imf-greek-debt

"Byzantine", is how this portrayal of the Turkish military occupation of Cyprus, since 1974, is being negotiated. The PM of Cyprus is adequately compliant to sign anything for carrots and sticks, which (no longer) future Secretary of State Victoria Nuland was enticing and beating him. That's suddenly over. The talks have broken down, somewhat to tightening of the Turkish stance under Erdogan. It looks like Turkey is giving up on EU membership, a general trend. Guaranties of the status quo from Greece and the UK were holding this leaky boat afloat. Now, they are presented as useless, illegal, and untenable going forward. The whole thing has to go to the UN Security Council (not NATO).
http://www.nakedcapitalism.com/2016/11/john-helmer-cyprus-wins-victory-for-sovereignity-backed-by-greek-principle-and-russian-arms.html

Hundreds of American Veterans will rendezvous at Standing Rock to defend Native American Water-Protectors.
“This country is repressing our people,” says Michael A. Wood Jr., a Marine Corps veteran who recently retired from the Baltimore police force to work toward reforming law enforcement. “If we’re going to be heroes, if we’re really going to be those veterans that this country praises, well, then we need to do the things that we actually said we’re going to do when we took the oath to defend the Constitution from enemies foreign and domestic,” he asserted about his plans to go to Standing Rock. Woods Jr. is joined by Wes Clark Jr. Clark Jr. is the son of General Wesley Clark, the famous military leader who once warned that shortly after 9/11, the government had its eyes on Iraq, Syria, Lebanon, Libya, Somalia, Sudan, and Iran.   http://theantimedia.org/veterans-defend-dapl-protesters/
Invasion of America interactive history map, shows the very successful invasion by our great grandparents. Thanks Eleni.
https://www.sott.net/article/334394-Invasion-of-America-Interactive-map-show-how-US-stole-more-than-1-5-billion-acres-from-Native-Americans 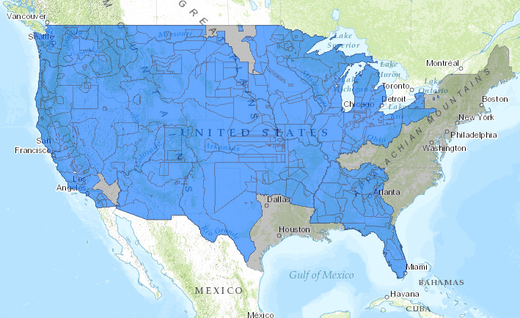 There's Round-Up in my honey. “I don’t understand how I’m supposed to control the level of glyphosate in my honey when I’m not the one using Roundup,” one honey company operator said. “It’s all around me. It’s unfair.”  http://www.huffingtonpost.com/carey-gillam/fda-finds-monsantos-weed_b_12008680.html

Sea ice is the least ever for November.
http://www.economist.com/blogs/graphicdetail/2016/11/daily-chart-14