A hive of lesser evils , a little tidbit from Helen of DesTroy's Democratic Party Zombification story
Even if Clinton does not run, her influence permeates the party. “I’ve talked to most of them,” she revealed on ABC’s The View earlier this month, slyly hinting that previous contests’ frontrunners a year before the election had failed to secure the nomination. Instead of Sanders and Gabbard, the Democratic National Committee is propping up Biden and grooming as his second Elizabeth Warren, the neoliberal wolf in sheep’s clothing trying to steal Sanders’ thunder by insisting she’s all he represents plus a pair of X chromosomes. Decked out in borrowed rhetoric and forged identity politics credentials, she earnestly presents herself as a leftist, hoping no one remembers she was registered as a Republican until her 40s. 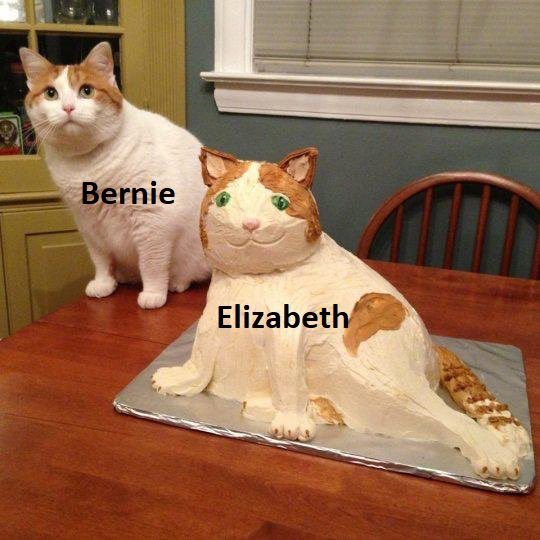 Lest anyone be fooled by Warren’s “radical” act, former Senate Majority Leader Harry Reid recently gushed “I know she’s pragmatic, just wait.” Such an endorsement should be a death knell for her progressive support, especially after the revelation that she has been in constant contact with Clinton. Warren emphasizes in communications with donors that she doesn’t actually intend to upend the status quo, and has flip-flopped repeatedly on accepting big-dollar donors and PACs, only rejecting them once she’d stockpiled a healthy war chest from those very donors.
http://helenofdestroy.com/index.php/129-zombie-nation-the-democratic-party-is-dead-and-everyone-knows-it-but-them

Matt Taibbi on "Everyone is a Russian Asset" (Does being wrong make it wrong?)
https://rollingstone.com/politics/political-commentary/clinton-gabbard-russian-asset-jill-stein-901593/

Former UK Ambassador, Craig Murray probably carried the DNC e-mail downloads from Seth Rich to Julian Assange...
I was deeply shaken while witnessing yesterday’s events in Westminster Magistrates Court. Every decision was railroaded through over the scarcely heard arguments and objections of Assange’s legal team, by a magistrate who barely pretended to be listening.
​ ​Before I get on to the blatant lack of fair process, the first thing I must note was Julian’s condition. I was badly shocked by just how much weight my friend has lost, by the speed his hair has receded and by the appearance of premature and vastly accelerated ageing. He has a pronounced limp I have never seen before. Since his arrest he has lost over 15 kg in weight.
​ ​But his physical appearance was not as shocking as his mental deterioration. When asked to give his name and date of birth, he struggled visibly over several seconds to recall both. I will come to the important content of his statement at the end of proceedings in due course, but his difficulty in making it was very evident; it was a real struggle for him to articulate the words and focus his train of thought.

​Important information must be buried and shouted down if ignoring won't work.
CD Media Releasing Information On Poroshenko Money Laundering/Biden Cover Up, In Series Of Articles, With Sourcing

​ CD Media has personally seen and obtained an immense amount of data on the story we broke last week regarding former Ukrainian Petro Poroshenko’s laundering of hundreds of millions of dollars of IMF aid money and the attempts by the Democratic Party and the Obama Administration to cover up the scandal and go after now President Trump, along with involvement by then Vice President Joe Biden, and his son Hunter Biden...
Our source has seen the data from within the Ukrainian General Prosecutor’s Office. CD Media can confirm the prosecutor’s office is ready to cooperate with the FBI and the information has been recently provided to FBI agents.
https://creativedestructionmedia.com/investigations/2019/10/21/cd-media-releasing-information-on-poroshenko-money-laundering-biden-cover-up-in-series-of-articles-with-sourcing/
​ ​Leaving mature old growth forests alone is best. They sequester carbon better than anything. Replanitng trees is good, but don't think it is good enough to fell a tropical forest for a "renewable" palm oil plantation. "Renewable" damage.
​https://www.nakedcapitalism.com/2019/10/leaving-trees-alone-might-be-better-than-planting-new-ones.html

Respecting Life
Posted by John Day at 4:30 AM