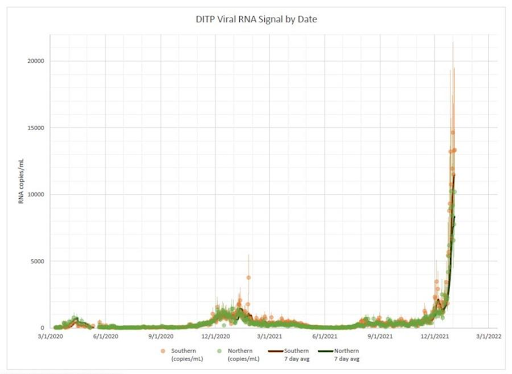 https://www.zerohedge.com/political/mass-wastewater-data-suggests-covid-19-cases-substantially-higher-reported
The bureaucracy just moves so slowly that it will be delayed a bit... Germany to delay Covid vaccine mandate – media
Chancellor Olaf Scholz’s plans to introduce mandatory Covid-19 jabs in March are unfeasible, local media claims
https://www.rt.com/news/545512-germany-mandatory-vaccination-delay/
Russia and China are holding some cards that Washington will not want us to see...
The Russia-U.S. Talks In Geneva Are Likely To Fail   Moon of Alabama
Like Scott Ritter I am deeply skeptical that today's talks between the U.S. and Russia in Geneva will have any results:
If ever a critical diplomatic negotiation was doomed to fail from the start, the discussions between the U.S. and Russia over Ukraine and Russian security guarantees is it.
The two sides can’t even agree on an agenda.
From the Russian perspective, the situation is clear: “The Russian side came here [to Geneva] with a clear position that contains a number of elements that, to my mind, are understandable and have been so clearly formulated—including at a high level—that deviating from our approaches simply is not possible,” Russian Deputy Foreign Minister Sergei Ryabkov told the press after a pre-meeting dinner on Sunday hosted by U.S. Deputy Secretary of State Wendy Sherman, who is leading the U.S. delegation.
All the U.S. has been willing to do, it seems, is to remind Russia of so-called “serious consequences” should Russia invade Ukraine, something the U.S. and NATO fear is imminent, given the scope and scale of recent Russian military exercises in the region involving tens of thousands of troops. This threat was made by Biden to Putin on several occasions, including a phone call initiated by Putin last week to help frame the upcoming talks.
https://www.moonofalabama.org/2022/01/the-russia-us-talks-in-geneva-are-likely-to-fail.html#more
Coming soon?  Wait for it... Maybe even prepare for it..
Temporary Empty Shelves Are Not a Supply Chain Crisis, It is Important to Understand the Difference

Initial food instability signs in the supply chain.  Things to look for:
(1) A shortage of processed potatoes (frozen specifically).
And/Or a shortage of the ancillary products that are derivates of, or normally include, potatoes.
(2) A larger than usual footprint of turkey in the supermarket (last line of protein).
(3) A noticeable increase in the price of citrus products.
(4) A sparse distribution of foodstuffs that rely on flavorings.
(5) The absence of non-seasonal products.
(6) Little to no price difference on the organic comparable (diff supply chain)
(7) Unusual country of origin for fresh product type.
(8) Absence of large container products
(9) Shortage of any ordinary but specific grain derivative item (ex. wheat crackers)
(10) Big brand shortage.
(11) Shortage of wet pet foods
(12) Shortage of complex blended products with multiple ingredients (soups etc)
(13) A consistent shortage of milk products and/or ancillaries.
​  ​These notes above are all precursors that show significant stress in the supply chain.  Once these issues are consistently visible, we are going to descend into food instability very quickly, sector by sector, category by category.  ​  ​https://theconservativetreehouse.com/blog/2022/01/09/temporary-empty-shelves-are-not-a-supply-chain-crisis-it-is-important-to-understand-the-difference/

(picture of what Jenny picked before the freeze)​ 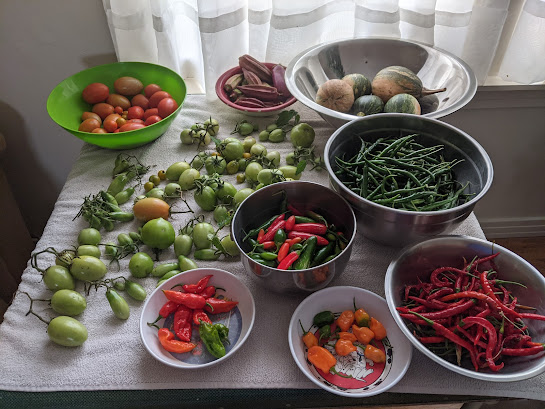