Practical People,
Charles Hugh Smith looks at debt default ("the final frontier") and where the defaults might be imposed within society. Things like this don't just happen, losses are "imposed" upon classes of debt holders by the power structure. The western power structure has long been divided, and has borrowed more and more to avoid imposing losses. The phantom "wealth" is huge. What classes of investors can take the losses without destroying the society? Is this possible?
The destruction of phantom wealth via default has always been the only way to clear the financial system of unpayable debt burdens and extremes of rentier / wealth dominance. Let's guess that a bare minimum of $100 trillion of the $300 trillion mountain of global debt will default far sooner than most expect. The only question is who will absorb the $100 trillion in losses. Choose wisely, as defaults of debt that are transferred to the public end up bringing down the entire system via political overthrow or currency collapse...
..The favored solutions of the state--printing money or transferring the losses to the public--are no longer viable. Now that inflation has emerged from its slumber, printing trillions to bail out the wealthy is no longer an option. The public, so easily conned into accepting the bailout of the wealthy in 2008, has wised up and so that particular con won't work again. ("Bail out the super-wealthy now or your ATM machine will stop working!" Uh, right.)
The state is the protector of the wealthy, and so defaults that actually impact the wealthy are anathema. The wealthy will demand the state absorb their losses (recall that profits are private, losses are socialized) The only equitable solution is to force the losses on those who bought the debt as a rentier income stream...
..Very few ordinary households own other people's debts as assets. It's the wealthy few who own most of the student loans, vehicle loans, mortgages, government and corporation bonds, etc.
Yes, ordinary households may own other people's debts through pension plans or ownership of mutual funds, but by and large debt is a favored asset of the rentier class, i.e. the wealthiest few.
We're constantly told that mass defaults would destroy the economy, but this is flim-flam: mass defaults would destroy much of the wealth of the rentier class which has been greatly enriched by the global expansion of debt, while freeing the debtors of their obligations.
​https://www.oftwominds.com/blogjuly22/default7-22.html
More from Charles:  The Real Policy Error Is Expanding Debt and Calling It "Growth"
..The financial punditry is whipping itself into a frenzy about a Federal Reserve "policy error," which is code for "if the music finally stops, we're doomed!" In other words, any policy which reduces the flow of juice sluicing through the sewage pipes of the financial system (credit, leverage and liquidity--the essential mechanisms of financialization and globalization) endangers the entire rickety, rotten structure of phantom wealth that's enriched the few at the expense of the many...
The history of central banking is actually quite simple:
1. Central banks act to protect the wealth and power of those who own / control most of the wealth. This is their core unstated reason to exist.
2. To justify this absurdly transparent protection of the elite in the eyes of the public, central banks go through the motions of trying to extinguish the business / credit cycle, that is, trying to eliminate defaults and credit crunches which are the frequent but low-intensity fires that burn up the financial deadwood...
​..​When $100 trillion in global deadwood-debt burns to the ground, that merely returns global debt to the levels of 2012. Central bank policies guarantee the forest will be consumed by an uncontrolled conflagration. That's the cost of claiming waste and debt are "growth" and protecting the phantom wealth of the few at the expense of the many.
https://www.oftwominds.com/blogjuly22/policy-error7-22.html 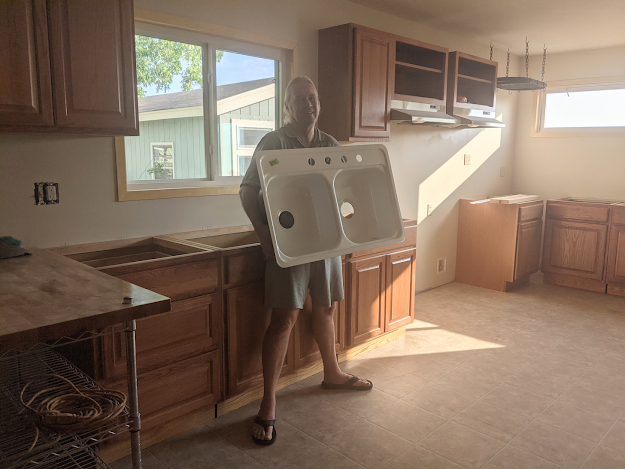