You may be sentenced to 14 years in prison in New Zealand for sharing the video of the mosque attack, made by the shooter. You can be imprisoned for 10 years for "possessing" it in any way. In England, a young man has been arrested for speaking favorably (we presume) of it on social media.
This is a big jump in the level of punishment to enforce censorship. These things tend to get used more and more liberally as ruling regimes lose their grip on power.
https://www.zerohedge.com/news/2019-03-16/nz-threatens-10-years-prison-possessing-mosque-shooting-video-web-hosts-warned

NZ police want all information on any internet user who makes any comment about the Christchurch mosque shooting.
They "ask" website hosts to "save it for them".
Responding to the preservation request, Kiwi Farms owner Joshua Moon - a US citizen living abroad, asked "Is this a joke? I'm not turning over information about my users. The person responsible for posting the video and manifesto PDF is myself."
Tell your superiors they're going to make the entire country and its government look like clowns by trying to censor the Internet. You're a small, irrelevant island nation barely more recognizable than any other nameless pacific sovereignty. You do not have the clout to eradicate a video from the Internet and you do not have the legal reach to imprison everyone whose posted it. If anyone turns over to you the information they're asking for they're not only cowards, but they're fucking idiots.
https://www.zerohedge.com/news/2019-03-17/new-zealand-police-demand-kiwi-farms-messsage-board-preserve-ip-addresses-and-email

W​hat is the next phase for humanity? Thanks Charles.
​Transitions are social transformation processes that cover at least one generation. In this article I will use one such transition to demonstrate that humanity is at a crossroads: up to a third world war or will humanity create new heaven on earth.
When we consider the characteristics of the phases of a social transformation we may find ourselves at the end of what might be called the third industrial revolution. Transitions are social transformation processes that cover at least one generation (= 25 years).
A transition has the following characteristics:
​-​It involves a structural change of civilization or a complex subsystem of our civilization
​-I​t shows technological, economical, ecological, socio cultural and institutional changes at different levels that influence and enhance each other
​-I​t is the result of slow changes (changes in supplies) and fast dynamics (flows) ..
Transitions are initiated by inventions and discoveries, new knowledge of mankind. New knowledge influences the other four components in a society. At the moment there are few new inventions or discoveries. So the chance of a new industrial revolution is not very high...
The five pillars for a stable society: Food, Security, Health, Prosperity, Knowledge.
At the end of every transition the pillar Prosperity is threatened. We have seen this effect after every industrial revolution.
The pillar Prosperity of a society is about to fall again. History has shown that the fall of the pillar Prosperity always results in a revolution.
Because of the high level of unemployment after the second industrial revolution many societies initiated a new transition, the creation of a war economy. This type of economy flourished especially in the period 1940 – 1945.
​(​I​ vote for One Straw Revolution​ https://www.youtube.com/watch?v=HveaqQy9hUc )
https://www.valuewalk.com/2017/06/industrial-revolution-magnum-opus-humanity-at-crossroads/

"As the U.S. and the EU struggle to iron out their differences on trade, Trump said, “they are willing to talk to us and if they don’t talk to us, we’re going to do something that’s going to be pretty severe economically. We’re going to tariff a lot of their products.”  ...
Trump wants a trade deal that includes agriculture. The EU says no.
Trump wants Germany to increase military spending, Germany has plans to cut military spending according to Eurointelligence. I do not know if Trump is aware of this yet. Discussion below.
Trump wants Germany to scrap Nord Stream 2, a gas pipeline between Russia and the EU underneath the Baltic Sea. The EU sided with Germany.
Trump wants the EU to buy US Liquid Natural Gas, but the EU instead will buy from Russia because its cheaper. This is part of the Nord Stream 2 issue.
Trump wants the EU to abide by his sanctions on Iran. Instead, the EU created a mechanism in which European suppliers can trade with Iran in euros rather than dollars as a means to get around US sanctions. The mechanism is little used, if at all, but the idea infuriates Trump.
EU tariffs on US cars are higher than US tariffs on EU cars. US tariffs on EU SUVs and Trucks are way higher than EU tariffs on US trucks and SUVs but that doesn't matter.
Trump does not want Germany to use 5G technology from China's Huawei. Germany said it will go ahead. It is almost forced to. The reason is Germany is far behind the US. Its 4G technology is made by Huawei. My understanding is that there is compatibility between 4G and 5G if the vendor is the same. Thus, Trump's demand could set back Germany a couple of years.​..
One of the reasons Trump is anxious to close a deal with China is so he can blast the EU with a massive dose of Tariffs. I do not think he wants two simultaneous trade wars.
https://moneymaven.io/mishtalk/economics/trump-again-threatens-europe-with-tariffs-expect-instant-global-recession-wgS2bdD2106I9FvNPOzaNw/

Next week’s visit to Italy by Chinese Premier Xi Jinping has nearly everyone jittery. The recent announcement by Five Star Movement Leader Luigi Di Maio that his country is prepared to sign a Memorandum of Understanding with China to be a part of China’s ambitious Belt and Road Initiative has set off a firestorm of response from Donald Trump to Angela Merkel to Di Maio’s own coalition partner, Lega leader Matteo Salvini...
This is a strong statement of independence by Italy as they join Hungary, Poland, Greece and Portugal, who all have MOU’s with China. And it’s not like Hungary and Poland are high on Merkel’s Christmas card list. Both are dealing with Article 7 proceedings to strip them of their EU voting rights.
https://tomluongo.me/2019/03/15/italy-courting-china-is-a-masterstroke-of-chaos/

France has ended two months of citizen debates in which Yellow Vest supporters were invited to air their grievances. Parisians who spoke with RT said the meetings were a stunt used by Emmanuel Macron and won’t lead to real change.
“It would surprise me if he takes any measures, but I don’t expect anything,” one Yellow Vest supporter told RT.
“Macron has a habit of just talking, but with no results in the end,” another activist said. “In my opinion, nothing will come of it.”
https://www.rt.com/news/453999-macron-great-debate-yellow-vests/

Paris Luxury Stores Looted, Burned In "Yellow Vest" Riots​  [The Mainstream media take invites harsh state repression]
President Emmanuel Macron cut short a skiing trip in the Pyrenees to return to Paris for a crisis meeting, as hooded protesters went on the rampage in Paris, leaving a trail of destruction in the touristic heart of the city.
The police appeared overrun as protesters swarmed the Champs-Elysees, vandalising and later setting fire to Fouquet's brasserie, a favourite hangout of the rich and famous for the past century -- as well as luxury handbag store Longchamp, a bank, another restaurant and several news stands.
https://www.ndtv.com/world-news/paris-luxury-stores-looted-burned-in-yellow-vest-riots-2008739

​RT has some good video footage and an injured team member in Paris, not injured by Yellow Vests.​
There was a lot of Black Block (usually Agents Provocateur) presence. Balaclavas and French flags identify "bad people".
Saturday’s rally saw thousands of people flooding the streets of downtown Paris, with many wearing black balaclavas and holding French flags.
https://www.rt.com/news/453989-paris-yellow-vest-protests/ 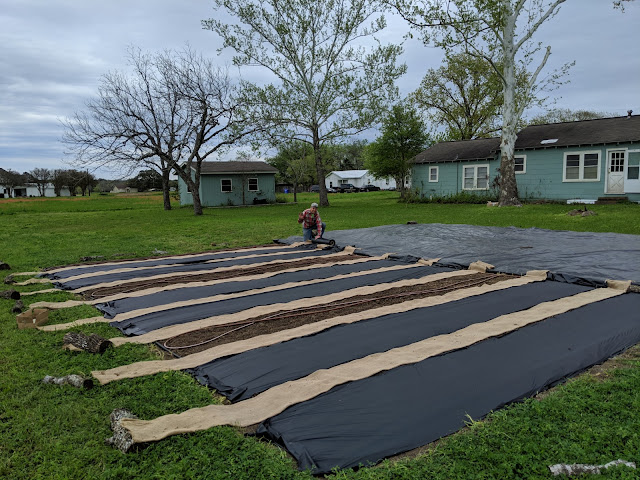