David Grimes MD is a vitamin-D expert in England. I have recently been introduced to his work.
Here, I have excerpted from his blog post of 11/10/21.
The history of vitamin-D allowing evolution of immune responses was "illuminating".
The hypothesis of immune system dysfunction after vaccination  being caused by vitamin-D depletion is testable.
The evolution of the immune response
​It is necessary to understand the immune response that has developed during 500 million years of evolution.
​  ​Evolution is full of mysteries, but a critical stage of evolution was the appearance of an intracellular protein that became the key to immunity. This protein is what we now call VDR, which stands for Vitamin D Receptor. It was the evolution of VDR 500 million years ago that was probably the initiator of the Cambrian explosion of advanced life-forms. The development of immunity meant that very primitive animal life, for example plankton, could evolve into more complex forms without being at the total mercy of pre-existing bacteria and viruses.
​  ​And so it is today. Without immunity we would not survive infancy and we would become extinct. Immunity is vital and we have seen the effects of seriously damaged immunity in the recent AIDS pandemic. We must not forget this. We must respect immunity and the need for its optimisation. We must understand it.

The evolution of VDR was critical, but VDR would have had no function had it not been for Vitamin D which had evolved a billion years earlier.
​  ​Plankton at the surface of the oceans were at risk of physical damage by UV from the Sun. They ultimately developed genetically programmed diurnal vertical migration, meaning that they spend the night at the surface and descend deeper in the water during the day.
​  ​But they developed another method of protection from UV, a chemical sunscreen. Starting from the long-chain squalene, otherwise known as shark oil, they became capable of synthesising steroid compounds, a process that is blocked by statin drugs (taken only by humankind in recent years). The important sunscreen steroid became the oil 7-dehydrocholesterol, 7-DHC. This will sound familiar to readers of the Blog. UV converts 7-DHC in the skin into cholecalciferol which we know as vitamin D. Within plankton this physico-chemical process absorbs UV energy and thus protects the plankton from damage.

​  ​For a billion years vitamin D had no function and it was merely a waste product of the sunscreen 7-DHC. But by another accident of evolution it became critical because it was able to activate VDR into the major player in the immune process. The Cambrian explosion was initiated.
Understanding our immunity

​  ​We know about T-cells that produce tissue immunity and B-cells that produce humoral antibody immunity, but the important process is the rapid escalation of immunity that is essential in response to infection if an optimal effect and recovery is to be achieved. This will also apply to the pseudo-infection of vaccination. The driving force is to switch on the genes that bring about multiplication of the immune cells and their effects, a genetically controlled amplification that can be 75-fold.
​  ​The genes are activated by an intracellular dimer composed of VDR and RXR, Retinoid X Receptor.  However the VDR component must first be activated by 1,25(OH)D, otherwise known as calcitriol, the fully active form of vitamin D that is produced within immune cells.
​  ​Activation of the genes will switch on or increase the production of defensive proteins including antibodies that act within tissue fluids to control and eliminate infection, the purpose of immunity.
​  ​The immune cells are able to  increase greatly the synthesis of VDR, but before the gene-activating VDR-RXR dimer can be formed, VDR must be activated, 'unlocked', by 1,25(OH)D which cannot be synthesised de novo. It can only be formed by hydroxylation (addition of an -OH group) of 25(OH)D, the number indicting the point on the molecule to which the -OH group becomes attached. 25(OH)D is the form of Vitamin D that has already been hydroxylated in the liver and which circulates in the blood.

Consumption of Vitamin D and exhaustion of reserves
​  ​Too much 1,25(OH)D produced in response to the escalation of immunity could cause subsequent problems of 'hypervitaminosis D', with an excess of calcium in the blood and in the urine. But evolution has solved this problem: the 1,25(OH)D molecule can be used only once, after which it is inactivated by conversion into 24,25(OH)D. The process of escalation of immunity requires a large number of single-use 1,25(OH)D molecules to activate a multitude of VDR molecules. Therefore a constant supply of 1,25(OH)D is essential and so there must be in the blood a good reserve of its immediate precursor 25(OH)D, the circulating form of vitamin D that is also known as calcidiol or calcifediol.

​  ​A serious infection such as Covid-19 will consume significant amounts of 1,25(OH)D, and so we can expect to see a reduction of the blood level of 25(OH)D as a result of such an infection. As far as I am aware, such research has not been performed during the pandemic, or at least not published, despite how simple it would be.

​  ​The magnitude of the inevitable fall in blood level of Vitamin D, 25(OH)D, following vaccination has not been reported. Perhaps it has not been investigated, but if it has been investigated by the pharmaceutical companies, the results will only be published if there is commercial benefit. Obviously, as with Covid-19, a good level of Vitamin D, 25(OH)D, in the blood (greater than 40ng/ml, 100nmol/L) would have sustained the escalation of immunity. But if before the infection or vaccination the blood level had been critically low (less than 20ng/ml, 50nmol/L), then a reduction would have reduced the level to a point that the escalation of the immune process would be halted, with a high risk of significant illness, perhaps critical or fatal.​..
​The proposal
​  ​My proposal is that the decline of immunity following vaccinations is not because of a 'poisoning' of immunity, but because the reservoir of Vitamin D as 25(OH)D within the blood becomes exhausted by the immune responses to successive vaccinations.
​  ​The investigation of this would be very simple. Blood would be taken for Vitamin D measurement immediately before vaccination and one month later. The two samples would be analysed together, following the second blood test. Previous Covid-19 would need to be recorded, and of course the dose of any vitamin D supplement taken.
​  ​This simple study could be undertaken in any public health vaccination centre. Ethical approval would be needed but I can envisage no conflict with ethics and what is in the best interests of individuals and the population. My view is that it has been unethical to withhold Vitamin D during this pandemic, contrasting with the official narrative that Vitamin D is of no value in the management of Covid-19...

​  ​The problems go beyond Covid-19 in that we are now hearing reports of increasing pressures from hospital admissions in greater numbers than are seasonal, and that most are not Covid-19. If admissions due to other conditions are increasing, it is likely that we are faced with impaired immunity due to exhaustion of body stores of Vitamin D in turn resulting from the vaccination programme. This could be corrected very easily and very rapidly.
​We are also hearing official reports of excess deaths from cardiovascular disease in recent weeks. Why should this suddenly occur? Could this serious phenomenon be result of the vaccination programme? Is it the direct result of exhaustion of Vitamin D reserves due to the effects of the vaccination process? Could it be stopped by finding and correcting VItamin D deficiency? The challenge is urgent and the problem must not be witheld from the population.

​  ​Vitamin D in its metabolic forms has been very successfully ignored by official bodies during the pandemic of Covid-19. Evidence of benefit has been side-lined for the flimsiest of reasons and without any debate. The reason for this has been to protect the vaccine roll-out. The vaccines in use have still not been licensed and are still being used under Emergency Use Authorisation (EUA). This is dependent on there being no alternative prevention or treatment, resulting in the burial not just of Vitamin D but also ivermectin and hydroxychloroquine.
http://www.drdavidgrimes.com/2021/11/covid-19-vitamin-d-urgent-vaccines-need.html
​Now Better Informed​
​(pictured yesterday before discovering shoes were too slick on that surface)​ 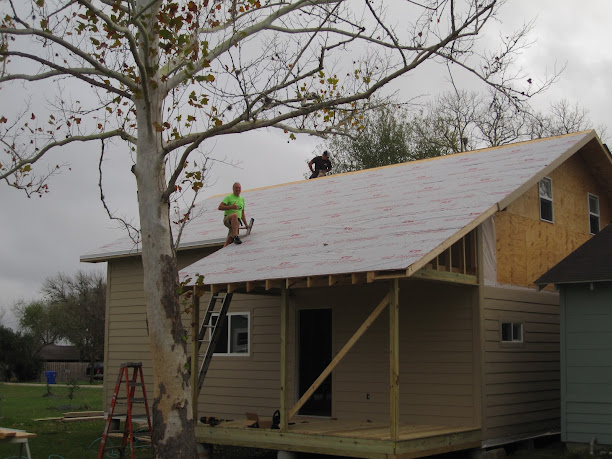