The second week of COVID-crud is waning on treatment, very similarly to last Saturday when I took my last round of ivermectin-based treatment, then got return of the same symptoms on Tuesday, and a positive nasal swab. This has not been the severe cytokine-storm second week that lands people in hospitals, just more feeling cruddy with mild fever and phlegmatic cough, "Groundhog-Day" COVID on treatment.
Thomas Borody MD extended his advised duration of treatment with ivermectin to 10 days (which seems about right to me at this point).
Doxycycline and zinc complete the direct attack on the virus. Ivermectin helps zinc get into cells, reduces inflammatory response, binds to spike protein, and inhibits viral replication within the cells by at least 2 mechanisms, one of which is facilitated by doxycycline (viral protease inhibition). Doxycycline also has anti-inflammatory effects in the body. Zinc has been known as an effective treatment against coronaviruses since 1996 (hence advice to "take it for the common cold", of which 20% is generally coronavirus.). A set dose of 36 mg ivermectin per day was employed in the US study , and 24 mg per day in the US study.
None of the trial subjects who chose treatment died. Vitamin-D and vitamin-C were also used.
Combination Therapy For COVID-19 Based on Ivermectin in an Australian Population​  ​Borody et al.​  (Australian trial)
Retrospective 600 PCR+ outpatients in Australia treated with ivermectin, zinc, and doxycycline, showing significantly lower mortality and hospitalization with treatment.
​R​isk of death, 92.3% lower, RR 0.08, p = 0.03, treatment 0 of 600 (0.0%), control 6 of 600 (1.0%)
https://c19ivermectin.com/borody.html
Effectiveness of Ivermectin-Based Multidrug Therapy in Severe Hypoxic Ambulatory COVID-19 Patients​  (US trial)​
https://www.medrxiv.org/content/10.1101/2021.07.06.21259924v1.full
​Robert Malone MD , originator of mRNA therapeutics, did a long interview with Joe Rogan last week.
Here is the bullet-pointed Cliff-notes version for those with little time:​
Mass-formation psychosis is being used as it was in Germany in the 1930s.
Implementing digital money with digital "vaccine passports" will focus absolute control onto each person through central automation.
https://uspc.us/threads/dr-robert-malone-interviewed-by-joe-rogan-with-cliff-notes.336/
More bad news on Covid vaccines and myocarditis in men under 40 - even as more colleges require booster shots for students​
​A huge new study has found the risk of serious heart problems called myocarditis in men under 40 soars with each dose of a Covid mRNA vaccine - and is sharply higher than the risk from a coronavirus infection itself.​
(Myocarditis risk doubles with each shot. After 3 Pfizer shots it is 8X usual. After 3 Moderna shots it is 16 times the usual rate.)
https://alexberenson.substack.com/p/more-bad-news-on-covid-vaccines-and/comments
​Link to the study:  ​https://www.medrxiv.org/content/10.1101/2021.12.23.21268276v1.full.pdf
Insurance Companies Report 40% Increase in Premature Non-COVID Deaths
Insurers in Indiana and India report similar rates of non-COVID-related premature deaths.

Contrary to what the public might assume — given the media’s unremitting coverage of COVID-19 — Davison reported most of the death claims listed causes of death other than COVID.
Commenting on the news, Steve Kirsch, executive director of the Vaccine Safety Research Foundation, wrote, “It would take something REALLY BIG to have an effect this big.”
Moreover, Kirsch said, the culprit would have to be something first introduced in 2021 — “something new … that a huge number of people would be exposed to” — such as COVID shots.
Vaccine scientist Dr. Robert Malone and statistician Jessica Rose, Ph.D., agreed that experimental COVID injections should be considered prime suspects. https://childrenshealthdefense.org/defender/insurance-companies-report-increase-premature-deaths/

​Former UK Ambassador to Uzbekistan: What Kazakhstan Isn't​  Ambassador​ Murray says the street riots were unanticipated, even by the CIA, according to his information. There was a puppet they wanted to install, but he wouldn't be a puppet, so they gave up on him. Everybody drives LP gas converted cars, since Kazakhstan produces it. The government subsidized this  to consumers and gas stations, then removed the subsidy. Riots ensued. The government mandated the prices go back down at the pump, but that price was less than the unsubsidized gas stations had to  buy it for, so fuel became scarce, upsetting people's lives. Kazakhstan is very big and people drive long distances.    He foresees that Russian influence will increase in this country where 55% speak Russian, and Russian soldiers have been requested to restore order.   https://www.craigmurray.org.uk/archives/2022/01/what-kazakhstan-isnt/

Moon of Alabama believes it is a color-revolution and foresees that Russian help will increase Russian influence, as it did in Belarus. Russia will be interested in reforms to constructively channel popular desires and aspirations into a political process.  https://www.moonofalabama.org/2022/01/the-us-directed-rebellion-in-kazakhstan-may-well-strengthen-russia.html#more

Pepe Escobar,  Steppe on Fire: Kazakhstan’s Color Revolution   Maidan in Almaty? Oh yeah. But it’s complicated.
​  ​So is that much fear and loathing all about gas? Not really.
​  ​Kazakhstan was rocked into chaos virtually overnight, in principle, because of the doubling of prices for liquefied gas, which reached the (Russian) equivalent of 20 rubles per liter (compare it to an average of 30 rubles in Russia itself).
​  ​That was the spark for nationwide protests spanning every latitude from top business hub Almaty to the Caspian Sea ports of Aktau and Atyrau and even the capital Nur-Sultan, formerly Astana.
​  ​The central government was forced to roll back the gas price to the equivalent of 8 rubles a liter. Yet that only prompted the next stage of the protests, demanding lower food prices, an end of the vaccination campaign, a lower retirement age for mothers with many children and – last but not least – regime change, complete with its own slogan: Shal, ket! (“Down with the old man.”)
​ ​The “old man” is none other than national leader Nursultan Nazarbayev, 81, who even as he stepped down from the presidency after 29 years in power, in 2019, for all practical purposes remains the Kazakh gray eminence as head of the Security Council and the arbiter of domestic and foreign policy. ​...​
Up to now, the succession game in Kazakhstan had been seen mostly as a hit across Northern Eurasia. Local honchos, oligarchs and the comprador elites all kept their fiefdoms and sources of income. And yet, off the record, I was told in Nur-Sultan in late 2019 there would be serious problems ahead when some regional clans would come to collect – as in confronting “the old man” Nazarbayev and the system he put in place.
​  ​Tokayev did issue the proverbial call “not to succumb to internal and external provocations” – which makes sense – yet also assured that the government “will not fall”. Well, it was already falling, even after an emergency meeting trying to address the tangled web of socioeconomic problems with a promise that all “legitimate demands” by the protesters will be met.
​  ​This did not play out as a classic regime change scenario – at least initially. The configuration was of a fluid, amorphous state of chaos, as the – fragile – Kazakh institutions of power were simply incapable of comprehending the wider social malaise. A competent political opposition is non-existent: there’s no political exchange. Civil society has no channels to express itself.​   ​http://thesaker.is/steppe-on-fire-kazakhstans-color-revolution/ 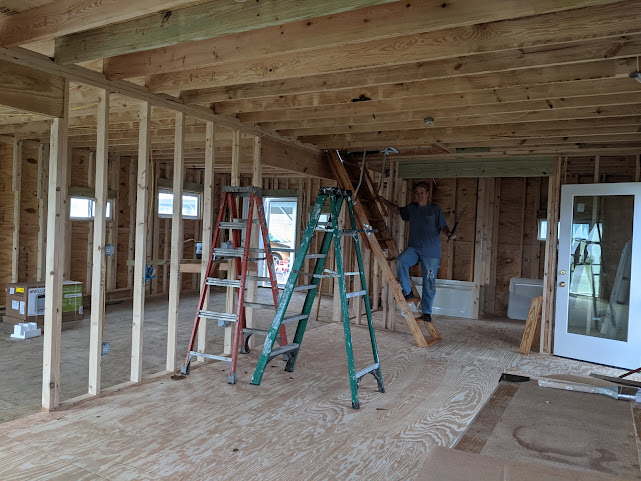