WEF Young Global Leader of yesteryear, (emperor) Justinian Trudeau had a 16% approval rating last week before he brought in special police units to teach Canadian Freedom Convoy protesters how to get beaten up, arrested, bashed in the head and have their trucks confiscated after breaking the windows.
I'm just watching from afar as I try to do what is necessary in my own life to adapt to changes and prepare for worse.
I think a lot of people could describe themselves that way. It seems to me that Trudeau has lost control of the "Noble Lie", the societal narrative that allows for a society to work together in unison. It looks like he has no "plan-b".
Maybe the owners are working feverishly on a plan-b that throws Justin under the truck/bus, ... maybe.
Maybe the owners can't agree on a control-narrative. Maybe they are divided into globalist and nationalist camps. A war is how this is usually worked out, but a big-enough "conventional war"  would ignite a global nuclear war (mos' prob'ly...), and the "deciders" might get fried, so even they have "skin in that game".
This is a tough spot for all of us, and since the western financial economy is breaking down, due to long years of parasitic extractions and promising future wealth which can never exist, there is every reason to expect a decade of difficulty as we all work to cobble-together some kind of economy to meet our needs and employ our talents in serving each other.
I think the globalists are barking up the wrong tree, myself, that smaller systems have the efficiency advantage, without as many layers of hierarchy and extraction, and decision-making that favors extraction over efficient production and distribution of the necessities of life.
Narratives imposed by elites fail when people can't get the necessities of life. French and American and Bolshevik revolutions, China's Cultural Revolution, the collapse of the USSR, Nazi Germany and Pol Pot's Cambodia all come to mind.
The British Empire faded away less dramatically, but it did have more support from a working western international economic system which was growing quite well at the time.
The Post WW-2 "social contract" in the western world has already been violated and the promised retirement security has already been embezzled and reinvested in other accounts. Those accounts will also fail to produce returns when the economy fails, which it (yet again) appears poised to do. I'm working to secure some basic needs for food, shelter and non-violent surroundings for myself, Jenny, and our adult "children" if they need to bolt. There were no electrical sockets for Yoakum, Victoria or Halletsville Friday, so the electricians did not install them in the upstairs. I managed to find some at higher cost Sunday, so they can go in today.
I feel fortunate every time I find something we need to proceed with the project, because I don't expect to "go back to usual".
The Toronto Sun has the (now infamous) picture of police horses trampling an elderly lady and her walker. (The report that she died was sensational, but not factual)
Have you ever been stepped upon, even lightly, by a horse. Man, it hurts for a long time. It does damage. I was 15 when a Shetland pony(Tammy)  trod on my foot.
I couldn't run for weeks.
https://torontosun.com/news/local-news/warmington-police-horses-trample-demonstrators-at-freedom-convoy-protest-in-ottawa
Tom Luongo has this image and more insights.
Trampling the Truckers – The Great Reset Becomes the Great Awakening 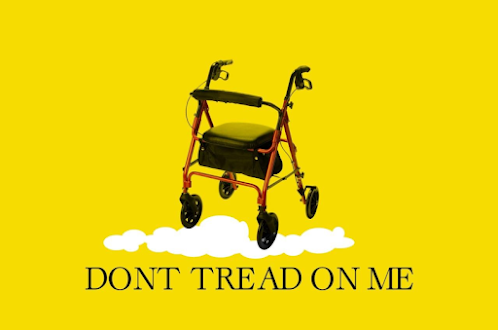 https://tomluongo.me/2022/02/19/trampling-the-truckers-the-great-reset-becomes-the-great-awakening/Ontario Government Employee Fired Over $100 Contribution To Freedom Convoy
The communications director for the Ontario ministry responsible for enforcing the law was fired this week after her $100 donation to the Freedom Convoy was revealed in the hack of donors to a GiveSendGo campaign.​  (Presentable as evidence in a court of law?)
https://www.zerohedge.com/geopolitical/ontario-government-employee-fired-over-100-contribution-freedom-convoy
​The Canadian Parliament was supposed to meet Friday to ratify or reject PM Trudeau's "emergency measures", but did not meet, because of the emergency of police actions ordered under those measures. ​"CATCH-22" for Canadian Charter of Rights and Freedoms? 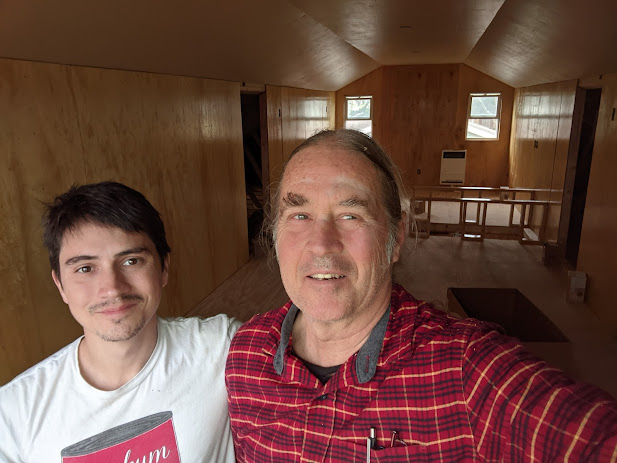