In September 2021, recorded COVID-19 deaths show 65-74 years old died in greater numbers than 75 years and older, and COVID-19 deaths for the 45-54 years old were as high as for the 85 years and older.
This has never happened before for deaths due to respiratory diseases, from 1999 to 2019. These September 2021 peaks for “younger” age groups are consistent with the vaccine deaths hypothesis.   https://brownstone.org/articles/why-so-many-middle-aged-deaths-in-2021/

The UK has stopped publishing this data recently.
British children up to 52 times more likely to die following a COVID shot: gov’t report
The data show a stark increase in deaths among children both single- and double-jabbed compared to their un-jabbed counterparts. For children aged 15–19, the risk of death increases by almost double if they take the first shot and by over three times if they take the second.   10–14-year-olds, on the other hand, run the risk of dying almost by a factor of ten following the first dose while the second dose brings a 51.8 times greater risk of death than if they had remained un-jabbed.  https://www.lifesitenews.com/news/children-in-britain-up-to-52-times-more-likely-to-die-following-a-covid-shot-report-finds/

Walgreens still publishes data:  As you can see, even though the boosted represent just 30% of the population, they accounted for 53.5% of the positives among the sample of over 60,000 tests administered by Walgreens stores nationwide during the week beginning April 5. The unjabbed accounted for just 17% of the positives, lower than their share of the population.   https://www.theblaze.com/op-ed/horowitz-walgreens-recorded-who-tested-positive-for-covid-and-the-results-might-surprise-you

Repurposed antivirals ASAP are good... Supporters of that approach are good.   Telling the COVID Good Guys from the Bad Guys   https://justusrhope.substack.com/p/telling-the-covid-good-guys-from?s=r

Disparaged by Liars  (pictured in Austin garden at sunrise) 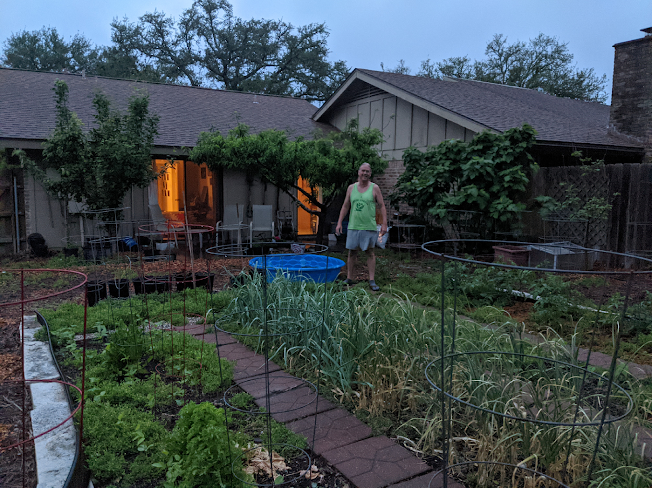