Planning for the Future,
407,000 retirees just learned that a 60% in their pensions is "not enough". These are the beneficiaries of the Central States Pension Fund. (They are facing what we will all face. The math is inescapable. WE are the Baby-Boomers, the last of the big families, and the economy is not so good, and all those 1% get first dibs on what's left of it.)
https://mishtalk.com/2016/05/20/rejected-central-states-fund-proposes-60-pension-cuts-treasury-dept-says-not-enough-407000-affected/
New Jersey's Problems are "Not Mathematically Solvable" (Yeah, it's not just mismanaged Teamsters pensions.)
http://www.zerohedge.com/news/2016-05-21/state-states-new-jerseys-problems-are-not-mathematically-solvable
Ron Paul "feels a kinship" with Bernie Sanders, though they disagree on that Libertarian vs Socialist thing.
Trump is an insider, not an "outsider" and Paul recommends that Libertarians vote Libertarian, and lefties vote Green, if they find Republicrat candidates distasteful.
http://www.zerohedge.com/news/2016-05-21/ron-paul-i-feel-kinship-bernie-sanders 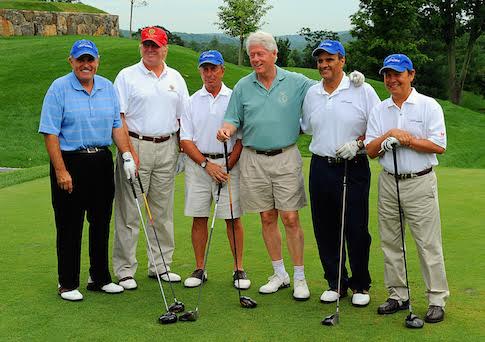 The origins of "superdelegates". Thanks Ray
The proceedings of the Hunt Commission were never published, so In These Times went to the National Archives in Washington, D.C., to study the transcripts of the seven-month-long discussions. The records paint a picture of a party eager to win and convinced that, in order to do so, it must return control of the nominating process to top officials. It’s a strategy that reflects a shift in the party since the 1970s, away from the grassroots—a shift that has led to tensions within the party that are boiling to the surface with Bernie Sanders’ campaign. http://inthesetimes.com/features/superdelegates_bernie_sanders_hillary_clinton.html
Hybrid Geo-financial war between NATO and Russia is dangerously escalating. (Huh? Why?)
"The American people are sick of war, but the misleaders in Washington are eager enough to reinvigorate their sense of power and entitlement to control the affairs here and abroad. After all, war – in a sick kind of way – is good for the economy, and a big one means a mandate of emergency powers and a period of unquestioning obedience from the domestic population."
http://www.shtfplan.com/headline-news/wwiii-a-hybrid-geo-financial-war-between-nato-and-russia-is-dangerously-escalating_05202016
Nice graphic video shows colored dots flowing to the US since 1820, each one 10,000 humans, with countries of origin lit up in same color as dots.
http://metrocosm.com/animated-immigration-map/
It's not what we have been told:
"Segregation increased markedly between 1900 and 1970. However, fully 97% of the overall increase in dissimilarity had occurred by 1930, and 63% of the overall isolation had already taken place by the same year...While discriminatory institutions faced by blacks were clearly important, segregation may have emerged in US cities even in their absence simply as a consequence of market choices made by white families... Our results indicate that one exogenous black arrival was associated with 1.9 white departures in the 1910s and 3.4 white departures during the 1920s. In contrast to studies on the post-war era, when whites were leaving central cities for better housing in the suburbs, we find that blacks and whites were both attracted to growing central city neighbourhoods during this time."