Travis sends this Veterans Today article, regarding Turkish decision to "purchase" (installment plan) S-400 missile system from Russia.
Firstly, it is the best. Secondly, Turkish troops will control it, not a NATO crew, as would control Patriot missiles.
Thirdly, Russian intelligence saved Erdogan from the military coup the US/NATO backed against him in 2016.
This story has more specific details than I had seen before.
https://www.veteranstoday.com/2019/07/15/neo-s-400-undermines-the-global-military-cabal/

Turkey can't get F-35s, since the S-400s will spy on them, but Turkey makes over 900 parts for the F-35s. Can China take that over?
https://www.reuters.com/article/us-turkey-security-usa-idUSKCN1UC2DD

Oops, how did that get out? Scrub it" Quick!
https://www.zerohedge.com/news/2019-07-17/us-nuclear-secret-sites-europe-accidentally-dumped-online-nato-committee 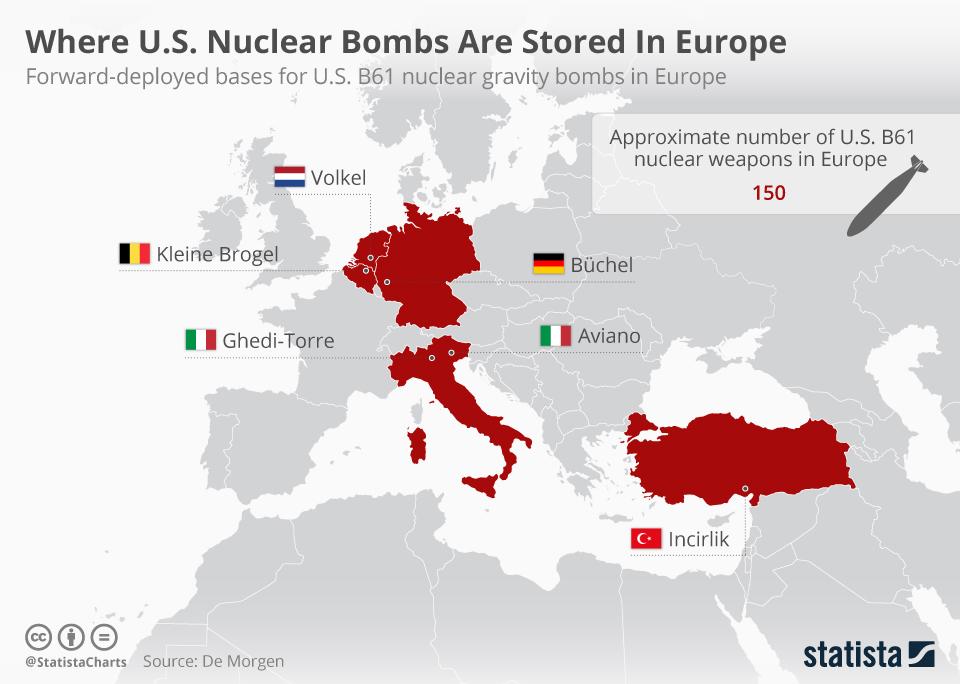 ​Lyme Disease, Pentagon biowarfare research that went off-the-reservation.
Finally, the House is calling for investigation. This has been known for more than 20 years.​
​ ​The US House of Representatives has called for an investigation into whether the spread of Lyme disease had its roots in a Pentagon experiment in weaponising ticks.
​ ​The House approved an amendment proposed by a Republican congressman from New Jersey, Chris Smith, instructing the defence department’s inspector general to conduct a review of whether the US “experimented with ticks and insects regarding use as a biological weapon between the years of 1950 and 1975”.
​ ​The review would have to assess the scope of the experiment and “whether any ticks or insects used in such experiment were released outside of any laboratory by accident or experiment design”.
https://www.theguardian.com/us-news/2019/jul/16/pentagon-review-weaponised-ticks-lyme-disease

​"Complexities of 5G and National Security"  It's kind of simple, this toxic radiation ises the same frequencies that the military uses in painful crowd control beams to make people go away from an area fast. A national security finding is "necessary" to prevent cities and states from delaying or blocking rollot of all of these senders, every few houses. China is "ahead" of the US, and it is strategically critical to be the leader in this technology, or China will be #1. Don't worry, the headaches are probably from something else, and gliomas are painless...​
https://off-guardian.org/2019/07/17/complexities-of-5g-and-national-security/

The case that Chinese 5G is the lesser evil (how reassuring?)
​ ​Huawei's alleged "spying" accusations driven by US intelligence services and its Five Eyes counterparts across the world could be really triggered by the company's quantum cryptography that makes eavesdropping virtually impossible, David P. Goldman, an American economist, suggested in a recent op-ed for The Asia Times.
​ ​According to the author, Huawei's 5G leadership and quantum communication technologies may result in "US eavesdropping blocked" and "spies unemployed". The development could deal a heavy blow to Signals intelligence (SIGINT), an intelligence-gathering by interception of signals, which receives a major share of the $80-billion US secret service budget.

Russian Foreign Minister Sergei Lavrov, opines that US-Russia relations won't improve during this election cycle, since candidates are tarring each other with being "soft on Russia" again. Russia remains prepared to work with US "partners", but it takes 2...
https://www.rt.com/news/464343-russia-us-relations-elections/

Iranian Foreign minister Zarif is at the UN in New York this week, and Rand Paul has never pushed for war with Iran.
​ ​Over a round of golf this past weekend, Sen. Rand Paul asked President Donald Trump’s blessing for a sensitive diplomatic mission.
Paul proposed sitting down with Iranian Foreign Minister Javad Zarif to extend a fresh olive branch on the president’s behalf, according to four U.S. officials. The aim: to reduce tensions between the two countries. Trump signed off on the idea.
https://www.politico.com/story/2019/07/17/rand-paul-iran-talks-donald-trump-1418075

CBS found some video of a party at Mar a Lago from 1992, with Donald Trump, Jeffrey Epstein, Ghislane Maxwell and a host of drunk hostesses, who were sure not teenagers. Make of it what you will, but Trump sure looked friendly with Epstein back then.
(I really want to know what is being secretly negotiated for the Clintons. Epstein is rumored to have been instrumental in setting up the Clinton Global Initiative, before he got busted.)
https://www.dailymail.co.uk/news/article-7256805/Video-shows-Donald-Trump-partying-Jeffery-Epstein-dozens-young-models-Ghislaine-Maxwell.html

It may be "good news" that massive coral die-off in Florida is only partly due to global warming and CO2 acidification of the oceans.
Hey, a lot of it is agricultural and golf course fertilizer runoff! That's easy to stop, right?
https://www.npr.org/2019/07/16/742050975/floridas-corals-are-dying-off-but-it-s-not-all-due-to-climate-change-study-says

Here is a good article on the influence of vitamin D on cancer incidence and survival.
(Vitamin D is good. Deficiency is bad, weakening the immune system, bones and doubling risk of heart attack and stroke by making arterial linings more prone to inflammation and blood clots. Buy a bunch of 5000 unit pills and take one per day unless you are a surf lifeguard and get plenty of sun.)
http://www.orthomolecular.org/resources/omns/v15n12.shtml

Sunshine Superman
Posted by John Day at 8:45 AM