There is no room left for parody: Whitney Webbhas the straight scoop.
This Biden Proposal Could Make the US a “Digital Dictatorship”​  ​
​  ​Last Wednesday, President Biden was widely praised in mainstream and health-care–focused media for his call to create a “new biomedical research agency” modeled after the US military’s “high-risk, high-reward” Defense Advanced Research Projects Agency, or DARPA. As touted by the president, the agency would seek to develop “innovative” and “breakthrough” treatments for cancer, Alzheimer’s disease, and diabetes, with a call to “end cancer as we know it.”  ​ (huh?​ again?​)
​  ​Far from “ending cancer” in the way most Americans might envision it, the proposed agency would merge “national security” with “health security” in such as way as to use both physical and mental health “warning signs” to prevent outbreaks of disease or violence before they occur. Such a system is a recipe for a technocratic “pre-crime” organization with the potential to criminalize both mental and physical illness as well as “wrongthink.”
​  ​The Biden administration has asked Congress for $6.5 billion to fund the agency, which would be largely guided by Biden’s recently confirmed top science adviser, Eric Lander. Lander, formerly the head of the Silicon Valley–dominated Broad Institute, has been controversial for his ties to eugenicist and child sex trafficker Jeffrey Epstein and his relatively recent praise for James Watson, an overtly racist eugenicist. Despite that, Lander is set to be confirmed by the Senate and Congress and is reportedly significantly enthusiastic about the proposed new “health DARPA.”
https://unlimitedhangout.com/2021/05/investigative-reports/this-biden-proposal-could-make-the-us-a-digital-dictatorship/
​NATO is doing the biggest war games ever on "the Russian front", but something clicked late the week before last that signaled a reduction in tensions (anyway). It seemed to me like some blocking-move(s) had been invisibly put in place​. I'm still thinking about that. Russia did some things at their borders with Ukraine, brought in some huge old motorized artillery pieces from mothballs, that would pound the western Ukies if they attacked Donbas , and it's unclear if those pieces are now in Donbas or Russia, but I'm sure there is a lot more than that going on.
You can't fire me; I'll quit!
(This implies an alternative payment system already in existence and presumably having been tried out.)
RUSSIA IS PREPARED TO DISCONNECT FROM SWIFT PAYMENT SYSTEM: FOREIGN MINISTRY
https://southfront.org/russia-is-prepared-to-disconnect-from-swift-payment-system-foreign-ministry/
​NATO/US can fight 3 full scale wars at once, right? So the Taliban taking Afghanistan back this spring (waiting until May 1, as agreed by treaty with former president Trumpf) is not even an issue, right? That's no stress at all, right?
Moon of Alabama:
The Taliban spring offensive in Afghanistan is more successful than expected.
Today they took the center of Baghlan, a city north of Kabul with some 150,000 inhabitants...
Old #Baghlan town fell to #Taliban after surrender of 100 cops and soldiers. Local account reports that remaining troops are besieged in new part of the city
#Afghanistan...
The city and Baghlan province, marked in pink on the map below, are on the road from Kabul to Tajikistan. This is one of the few 'escape routes' towards a safe country.
That 200 government police and troops laid down their weapons - other reports even say they changed sides - points to the immense fragility of the Afghan forces. Nearly twenty years of U.S. 'training' has had little effect.
Ghazni, south of Kabul, is also under attack and may soon fall to the Taliban.
Yesterday the U.S. launched airstrikes on the southern province Helmand where the Taliban are besieging the province capital Lashkar Gah.
https://www.moonofalabama.org/2021/05/afghanistan-taliban-capture-baghlan.html#comments
It's cool. These guys are all members of the big NATO club. Nothing comes before that.
​  ​After a deal over fishing rights became a major sticking point that almost scuttled a Brexit trade deal between the UK and EU, France and the UK are already feuding over fishing licenses that are supposed to be approved by the UK-dominated island of Jersey, which is facing threats of having its electricity cut off by France if it doesn't stop stalling on issuing fishing licenses to French ships.
​  ​Brussels has already backed France and accused the UK of breaking the newly ratified deal in dispute over Jersey fishing licenses.
​  ​Alarmed by France's threats and a mass of fishing ships arriving in its harbor setting off red flares in protest, the Royal Navy has sent two ships that have just arrived in the island's waters. PM Boris Johnson, who was reportedly only made aware of the conflict this week, says he stands behind the island of Jersey, which is a protectorate of the British Crown.
​  ​French fishermen and ministers have been complaining for two weeks about the difficulty of gaining access to British waters despite the agreement on fisheries reached at the end of last year. Apparently, the British applied new conditions to fisheries applications requiring fishermen to prove via GPS that they have been fishing in Jersey waters, the FT reports.
​  ​Small boat owners argue that they do not have GPS technology and the other electronic surveillance equipment required. Other special conditions attached to the licenses relate to the fishing gear itself. The EU-UK trade deal allows the UK to impose new requirements, but they must be based on "clear scientific rationale". In this case, there doesn't appear to be any rationale for its demands.
https://www.zerohedge.com/markets/eu-accuses-uk-violating-brexit-trade-deal-blocking-fisheries-access
​This is everything anybody needs to know about ivermectin for COVID (This and the link to Tractor Supply Company)  Notice the authors:
Review of the Emerging Evidence Demonstrating the Efficacy of Ivermectin in the Prophylaxis and Treatment of COVID-19
Kory, Pierre MD1,*; Meduri, Gianfranco Umberto MD2; Varon, Joseph MD3; Iglesias, Jose DO4; Marik, Paul E. MD
https://journals.lww.com/americantherapeutics/Fulltext/2021/00000/Review_of_the_Emerging_Evidence_Demonstrating_the.4.aspx
​
​A promise made to a dying patient:

My grim job this week was to report a vaccine related death to the authorities.  I have had to do this type of reporting on other occasions in my career, with other drugs, both approved and research trials, with both deaths and morbid complications.  In every single instance in the past, without exception, I have been contacted within 1-2 hours by either the FDA or the CDC.  They questioned me, discussed the particulars with me, and a collaboration was begun.

This death was much different.
A little about the patient situation. She had her vaccine about 8 AM on a weekday. It was the 2nd shot. Very soon thereafter, she felt electric shocks over her entire body. Later, she was having trouble speaking and could not stand up. She began having severe problems swallowing. I advised to go immediately to the ER. I will not go into details here but suffice it to say, she was having a profound neurologic problem. It was not a simple stroke nor was it a blood clotting issue. Because of the timing of symptom initiation, it was clear to me that the vaccine was likely involved. She was diagnosed with a condition that is very very unusual and is often associated with vaccine administration. She had 5 weeks of very severe pain and did not recover. She was eventually placed on hospice and passed away. Before she died, she told me to make sure that everyone knows that these vaccines are not as safe as advertised. Believe you me, her family is doing everything they can to make sure that this story is known all over the community. The patient herself was a very well-loved individual here – and this has been a blow to the entire area.
I am a licensed physician in a US state.  I am board certified in Internal Medicine.  I made every effort to immediately report this death to the federal officials.  I called the FDA and ended up in voicemail hell.  I called the CDC and was literally hung up on twice.  Again, please contrast that reception to what I describe above in previous “non-crisis” years.
After multiple attempts, I finally decided to report to VAERS.  This was almost a week ago.  To date, the VAERS has no record of my patient.  All that I have received is an email to confirm my submission.  No one from any agency has made any effort to contact me in any way.  It was of little comfort to note in in the New York Times, that the physicians trying to report one of the sentinel J&J stroke cases got a similar “hang up in your face” response from the FDA/CDC.
I want to reiterate – a patient has died.  A board-certified internist feels this is likely vaccine-related.  And no one has made any effort to contact me.  None. A complete departure from the past.  And this is a stringent safety-reporting system?
What am I trying to say?  The system is broken.  Therefore, we have no idea what is the actual safety profile of these vaccines.  The patients who have been affected know it.  Word is getting out that there are problems.  Social media is filled with all kinds of stories.  And our federal officials keep right on with the same “All is well – everything is safe” mantra.  We have media figures everywhere spouting out safety numbers that I can assure you are not accurate.  All in an environment when they are trying to convince as many as possible to take this vaccine.
https://www.nakedcapitalism.com/2021/04/the-cdcs-vaers-and-vaccine-complications-the-system-is-broken.html 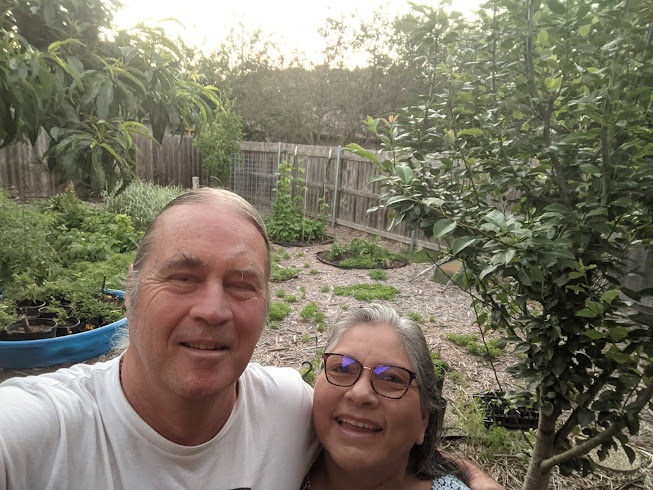