Now We Are Being Told To Expect Food And Diesel Shortages For The Foreseeable Future​ , Michael Snyder​

​  ​The war in Ukraine, extremely bizarre weather patterns, nightmarish plagues and a historic fertilizer crisis have combined to create a “perfect storm” that isn’t going away any time soon.  As a result, the food that won’t be grown in 2022 will become an extremely severe global problem by the end of this calendar year.  Global wheat prices have already risen by more than 40 percent since the start of 2022, but this is just the beginning.  Meanwhile, we are facing unthinkable diesel fuel shortages in the United States this summer, and as you will see below there are “no plans” to increase refining capacity in this country for the foreseeable future.
http://theeconomiccollapseblog.com/now-we-are-being-told-to-expect-food-and-diesel-shortages-for-the-foreseeable-future/
​  "Genius"t future-trends advisor to WEF's Klaus Schwab, Yuval Noah Harari​ was recently interviewed. He explained himself clearly and well. Here are A-V clips and transcribed excerpts, which are worthy of a few minutes of deep our comprehension. (Do "useless people" have to go to the back of the food line?) Thanks Red:
"Again, I think the biggest question in maybe in economics and politics of the coming decades will be what to do with all these useless people?
The problem is more boredom and how what to do with them and how will they find some sense of meaning in life, when they are basically meaningless, worthless?
My best guess, at present is a combination of drugs and computer games as a solution for [most]. It’s already happening."
https://www.lewrockwell.com/2022/05/no_author/yuval-noah-harari-what-to-do-with-all-of-these-useless-people/
​Kim Dotcom: "A major Global Collapse is coming. It may be worse than we can imagine. Our leaders know. But, what are they planning?​ 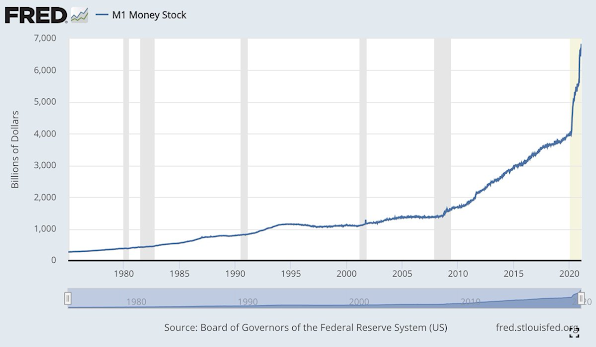 Total US debt is at $90 trillion. US unfunded liabilities are at $169 trillion. Combined that’s $778,000 per US citizen or $2,067,000 per US tax payer.
Remember, the only way the Government can operate now is by printing more money. Which means hyperinflation is inevitable...
Let’s do the math:
US total debt
$90 trillion
US unfunded liabilities
$169 trillion
Total
$259 trillion
Minus all US assets
$193 trillion
Balance
- $66 trillion
That’s $66 trillion of debt and liabilities after every asset in the US has been sold off.​..

​  ​It’s all perception and denial.
The perception is that the US has the largest economy and the strongest military in the world.

But in reality the US is broke and can’t afford its army.
The denial is that all nations depend on a strong US or else the global markets will crash.
https://threadreaderapp.com/thread/1525293982133407744.html

Foreigners Sold The Most US Stocks On Record In March, China Dumps TSY Holdings To Lowest Since 2010​

..​And finally, as Treasury holdings drop, gold reserves have surged to new record highs...
https://www.zerohedge.com/markets/foreigners-sold-most-us-stocks-record-march-china-dumps-tsy-holdings-lowest-2010
​  Central Bank Digital Currency and Your Biometric ID are in advanced planning stages in your country.
Here is the list with national overviews.:
​https://corbettreport.substack.com/p/cbdc-a-country-by-country-guide?s=r
Pepe Escobar looks at Russian strategy in Novorossiya/Ukraine, and the brute-force-and-propaganda approach of the US/NATO.
​  ​While we are all familiar with Sun Tzu, the Chinese general, military strategist and philosopher who penned the incomparable Art of War, less known is the Strategikon, the Byzantium equivalent on warfare.
​  ​Sixth century Byzantium really needed a manual, threatened as it was from the east, successively by Sassanid Persia, Arabs and Turks, and from the north, by waves of steppe invaders, Huns, Avars, Bulgars, semi-nomadic Turkic Pechenegs and Magyars.
​  ​Byzantium could not prevail just by following the classic pattern of Roman Empire raw power – they simply didn’t have the means for it.
​  ​So military force needed to be subordinate to diplomacy, a less costly means of avoiding or resolving conflict. And here we can make a fascinating connection with today’s Russia, led by President Vladimir Putin and his diplomacy chief Sergei Lavrov.
​  ​But when military means became necessary for Byzantium – as in Russia’s Operation Z – it was preferable to use weaponry to contain or punish adversaries, instead of attacking with full force.
https://thesaker.is/death-by-a-thousand-cuts-where-is-the-wests-ukraine-strategy/
​India has a national-interest based foreign policy and is not a vassal of the US or Russia. Traditional ties to Russia and Iran are important.
In April India said it was hoping to expand its wheat exports from 7 million tons to 10 million.  However, as precarious winter wheat harvests reflect lower outputs, they are reversing position and will now block any wheat exports in order to ensure their own supply.
https://theconservativetreehouse.com/blog/2022/05/14/india-reverses-prior-position-and-will-now-block-further-wheat-exports-triggering-g7-concerns/
Israel retains good relations with the US (benefactor) and China, but is clearly increasing economic relations with China, evidenced by massive Chinese investment in the port of Haifa and the Belt and Road inclusion of Israel as a regional hub. Israel is careful(ish) to not officially snub the (declining) US. Thanks Eleni.
https://www.indianpunchline.com/israel-reaches-out-to-china-again/
Pepe Escobar has a good, readable summary of the Russian presentation of initial US/allied bioweapons labs findings in Ukraine.
https://thesaker.is/empire-of-bioweapon-lies/
Spartacus has so many well organized facts here:
COVID-19 Deep Dive IX: Addendum
https://iceni.substack.com/p/covid-19-deep-dive-ix-addendum?s=r
Colleen Huber NMD, makes a comparison between "abortion pill" RU-486 and Pfizer and Moderna mRNA "vaccines", based upon available official data, which is far from perfect. The full data needs to be released for proper review.
​  ​Of those 116 women vaccinated during the first and second trimesters and then had a completed pregnancy of either live birth, spontaneous abortion or stillbirth, there were 104 miscarriages (spontaneous abortion).  This is a miscarriage rate of 89.66%.
​ ​The morning-after abortion pill, mifepristone, has a reported efficacy rate of 80% to 90%. [2]
https://colleenhuber.substack.com/p/covid-vaccines-may-rival-or-exceed/comments?s=r#comment-2894742
Twitter "Bot-gate":  Musk counterpunches hard.
The controversy began on Friday after Musk tweeted a Reuters article in which Twitter estimated that fake accounts comprise less than 5% of users, to which Musk said "Twitter deal temporarily on hold pending details supporting calculation that spam/fake accounts do indeed represent less than 5% of users," then added "Still committed to acquisition."...
Update (1426ET): Speaking virtually at the "All In" summit tech conference, Musk speculated that at minimum, Twitter is '20% bots,' before asking rhetorically whether it was potentially 80-90% bots.
He added that there's 'no way' to know the actual number of bots on the platform...
This sent Twitter CEO Parag Agrwal into meltdown mode - posting a 14-part thread to "talk about spam," with "the benefit of data, facts, and context." ..
Update (1447ET): Is the Twitter deal dead? Musk seemed to suggest it was, unless he can buy the company for a lower price in light of 'bot-gate' which erupted over the weekend.
​... Musk said that a viable deal for Twitter is "not out of the question," but at a lower price.​..​

https://www.zerohedge.com/markets/elon-vs-parag-argument-over-spam-accounts-may-jeopardize-twitter-deal
Expecting Less
(Pictured in "finished attic" shortly before installation of doors, AC unit and final 5 rolls of fiberglass insulation last week. This building has a "passive-cooling" effect where the downstairs is 82F when only the upstairs windows are open , it is 97F at 5PM and the AC has been off for 2 days.) 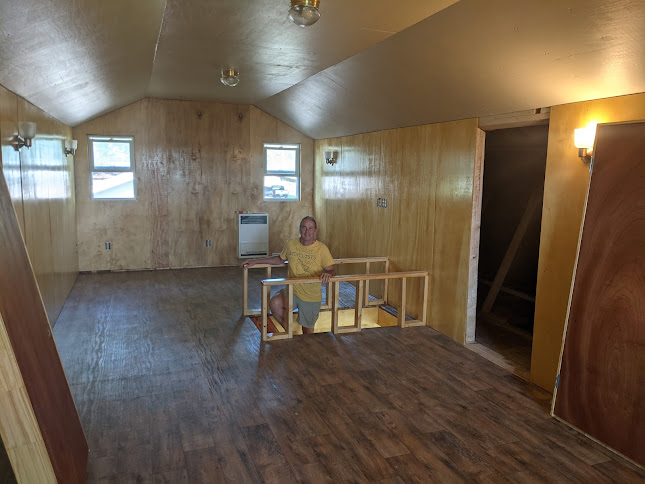