​..​A senior advisor to the UN Office for Disaster Risk Reduction and contributor to the Global Assessment Report who spoke to Byline Times on condition of anonymity, claims that the GAR2022 was watered-down before public release.
​  ​The source said that the world had “passed a point of no return” and “I don’t feel that this is being properly represented in UN or media as of now”.
​  ​“The GAR2022 is an eviscerated skeleton of what was included in earlier drafts,” they claimed.​    ​ [I'm homesteading. Best I can​ do...]​              https://bylinetimes.com/2022/05/26/un-warns-of-total-societal-collapse-due-to-breaching-of-planetary-boundaries/

The Russian ministry of Defense has a lot to say about US bioweapons programs/labs in Ukraine, and the complete falsification of reporting documents every year, even changing reports from year to year; sloppiness.  I'm picking out this bit about Smallpox, related to "monkeypox", as you will recall...​​

​  ​As part of the special military operation, materials of US instructors training Ukrainian specialists in emergency response to smallpox outbreaks were discovered in biolaboratories in Ukraine.

​  ​The Pentagon’s interest in this infection is far from accidental: the return of the smallpox pathogen would be a global catastrophe for all mankind.
​  ​Thus, compared to COVID-19, this pathogen is just as contagious (infectious), but its lethality is 10 times higher.
​  ​As early as 2003, the US Department of Defense established the Smallpox Vaccination Programme, which requires all US military personnel to be vaccinated. Vaccination in the United States is compulsory for diplomatic and medical personnel. This demonstrates that the US considers smallpox as a priority pathogenic biological agent for combat use, and that vaccine prophylaxis activities are aimed at protecting its own military contingents.
​  ​Lack of proper controls and biosecurity breaches in the US could lead to the use of this pathogen for terrorist purposes. Between 2014 and 2021, unaccounted-for vials of the virus were repeatedly found in laboratories at the Federal Drug Administration and the US Army Infectious Disease Research Institute (Maryland) and the Vaccine Research Centre (Pennsylvania).
​  ​Work at these organisations was in violation of World Health Assembly Resolution 49.10 of 1996, which stipulated that only one US laboratory, the Centre for Disease Control and Prevention in Atlanta, could store smallpox pathogen.​ https://thesaker.is/russian-mod-briefing-on-the-results-of-the-analysis-of-documents-related-to-the-military-biological-activities-of-the-united-states-on-the-territory-of-ukraine/

Meryl Nass MD: Here's what you should know about the latest Money Pox  ...   The smallpox vaccine causes a huge number of myocarditis cases and other known cardiac problems, making it almost certainly more dangerous than the risk of getting monkeypox. One in 220 recipients developed an obvious case of myocarditis in a US military study published in 2015, and one in 30 got a subclinical case.

Why would ANYONE take such a high risk of cardiac damage to avoid a miniscule risk of money pox? Only because they were misinformed.           https://merylnass.substack.com/p/heres-what-you-should-know-about?s=r

​Ukraine War update explains that ancient Russian T-62 tanks are now in Ukraine, not as main battle tanks, but at mobile bunkers to man roadblocks, fire with cannon and heavy machine-guns if necessary (against commando raids) and to give Russian troops a secure place to avoid Ukrainian commando attacks, especially at night.  Russian forces now have a work-week pattern, with big, rapid territorial advances every Monday, followed by securing the area for the week, and preparing for next Monday...  https://thesaker.is/sitrep-operation-z-were-going-down/

​  ​The process of ‘disowning’ the Ukraine has started.
​  ​Gen. Milley notes that the US has reopened military-to-military level talks with the Russians. His call to his Russian counterpart last week was “important” and it was “purposeful”
​  ​Of course, the talk of another peace plan is not born of care for people or human rights or democracy or deep held care for the Ukrainian people.  It is driven by desperation and is a desperate grasp at avoiding a psychological defeat bigger than Afghanistan.
​  ​TASS/ Russia’s State Duma Speaker Vyacheslav Volodin took to his Telegram channel to highlight that the US and its partners do not plan to provide real assistance to Ukraine.
​  ​Ukraine will only get 15% of the $40 billion promised by the US, he said.
​  ​“Washington and Brussels do not really intend to help Ukraine, or solve its economic and social issues. They only need Ukraine to fight Russia till the last Ukrainian,” Volodin said.
​  ​According to the recent aid to Ukraine legislation signed by President Joe Biden, 35% of the $40 billion is going to finance the US Armed Forces, he explained. Meanwhile, 45.2% of that amount is set to be spent on other countries, not Ukraine, while another 4.8% will be earmarked to support refugees, and restore the US diplomatic mission in Ukraine. “Ukraine will only receive 15% of the allotted sum,” the speaker revealed.
​  ​But Ukrainians will have to pay off the whole sum, he said. The US is aware that Kiev will not be able to service the debt in the future. “That is why they are seizing Ukraine’s last reserves, including grain, which is what we are seeing right now”.
​  ​A list of those that want a piece of the pie is shaping up. Of course, Poland is not suddenly in love with the Ukraine without a reason.  They want their piece of the land pie.​  ​https://thesaker.is/sitrep-operation-z-consequences-petty-tabaquis-howling/
​"Russia is stealing Ukraine's Grain"​ (but only if you count Crimea as "Ukraine", not if Crimea is part of Russia. Donetsk and Luhansk are no longer "Ukraine", either.)
"Russia's invasion of Ukraine will cause global starvation" ... As Reuters reported this week, Ukraine still managed to export crops: “The ministry data showed that Ukraine has exported 46.51 mmt so far in the 2021/22 July-June season, versus 40.85 mmt a season earlier.” (Reuters 19 May 2022)
Frankly speaking, 22 mmt of grain will make little difference to the global shortage as it stands. Paradoxically Ukraine is paying for weapons provided by the West through grain exports.” Is it any surprise that Ukraine wants to use Odessa to ship its 70% expected export of grain crops and other products, as to be able to continue to pay for weapon deliveries? Ukrainian exports have largely transferred to Romanian, judging by the ship congestion seen on AIS.
​  ​Importantly, none of the Western experts or corporate MSM outlets have been able to mention the fact that Russia is the world’s largest exporter of grain, about 4 times the amount of wheat that Ukraine does, about 18% of global exports and this year is expected record crops harvest.​..
Sea mines
​  ​This narrative has been crafted for several months now, it first started by denying that Ukraine has laid sea mines to stop potential Russian amphibious assault on its shore, principally in the Odessa region. Practically all the Western media and experts rehashed the Ukrainian position that there were Russian sea mines. As stated in Russian MoD and maritime press releases, Ukrainian mines have drifted all over the Black Sea.
​  ​An estimated 200 – 400 anchor mines were laid around Odessa and the northwest Black Sea. Back in February some of them have parted from their chains in storms and subsequently drifted with the current southwards. A couple of mines had temporarily closed the Bosphorous to shipping transit several times,
​  ​One that was neutralised by the Romanian Navy just happened to be an old sea mine that have distinct Ukrainian markings​...
​  Now we have the grain crop blockade by the Russian Navy narrative, tied in with the alarms of a global famine, opportunely provoked by Russia, (as previously outlined above in Part 1). There are calls to have NATO ships to escort the bulkers in the Black Sea. Slight snag with that is who gets to demine the Ukrainian ports? Ukraine or NATO?​ ...
​  ​(UK Minister of Defense) Liz Truss stated that “the UK would want British naval ships to join the escort if the practicalities could be sorted, including demining the harbour and providing Ukraine with longer-range weapons to defend the harbour from Russian attack.” See how a “humanitarian mission” is tightly dovetailed into a case for “sending more weapons”.​..
..Not a single Western MSM outlet has bothered to mention what the Russian MoD and Navy are doing with regards to the blocked shipping. As with the now famous land corridors, Russia has implemented a maritime version for civilian shipping. This hardly a blockade. This humanitarian corridor is part of the IMO’s “establishment and support the implementation of a blue safe maritime corridor in the Black Sea and the Sea of Azov”.
https://thesaker.is/grains-of-deceit/

​  ​After being accused of using the food supply as blackmail and a bargaining chip, Russia said Wednesday its military will open up protected sea corridors for international shipping to pass through from seven Ukrainian ports that have thus far been blockaded.
​  ​According to a defense ministry statement reported by Bloomberg late in the day, "Humanitarian maritime corridors from ports on the Black Sea and Azov Sea, including Odesa, will operate from 8 a.m. to 7 p.m. daily."...Russia has stressed that its military is engaged in extensive and complex demining operations due thousands of mines dotting Ukraine's coast placed by Ukrainian forces, making international shipping dangerous and impossible. As reported in the independent Moscow Times:
​  ​The port of Mariupol has resumed normal operations, Russia's Defense Ministry  announced Wednesday.
​  ​The Defense Ministry said Black Sea Fleet specialists cleared more than 12,000 mines from the seaport and its surrounding areas.  https://www.zerohedge.com/geopolitical/russia-open-sea-corridors-ukraine-ports-amid-wheat-crisis-warns-ukrainian-mines

​  Moon of Alabama (German) ​  [I think "Biden" maybe taken to mean whoever is making decisions on US foreign policy these days. Rockefeller interests?]
..The U.S. did not know of a 'Russian invasion'. What it knew was that Zelensky, pushed by the U.S., would make another attempt to invade the Donbas republics with overwhelming force and that Russia's leadership would have to react to such an assault on its compatriots.
The Ukrainian assault began on February 16 when over several days Ukrainian artillery increased its bombardment of Donbas by a factor of 40. Russia reacted to that and on February 24 preempted the planned ground assault.
The above part of Biden's plan to provoke Russia into a war as a means to strengthen the U.S. position in Europe has worked well.
But how long will the coalition of the 'west' hold when inflation, energy scarcity and hunger set in? European unity is already falling apart with each country scrambling to fulfill its own energy needs.
Everyone can now see that the Ukraine, and with it the U.S., is losing the war. Meanwhile Russia is doing much better than anyone had expected.
What is Biden's plan now as things fall apart? Escalating towards a wider war is an option but the risk of it is much higher than potential gains.
https://www.moonofalabama.org/2022/05/as-things-fall-apart-biden-may-want-to-escalate.html#more
​  ​Russia Pays Eurobond Coupons In FX As US Dashes To Close Loophole​   (​I​t's illegal to fail to pay, and​ it's​ illegal to pay.)
​  ​As Russia's sovereign debt default showdown with the West continues to ratchet as Washington has been seeking to push Moscow into an involuntary bankruptcy by closing all loopholes for debt payments, all eyes were on a Friday deadline for Moscow to settle on two Eurobond coupons. Late in the day, Russia's National Settlement Depository (NSD) announced it has successfully paid these coupons in dollar-denominated bond and euro-denominated notes, although it remains to be seen if correspondent banks will accept them and if the US won't just claim the payments were illegal.
https://www.zerohedge.com/markets/russia-successfully-pays-eurobond-coupons-fx-us-dashes-close-loophole 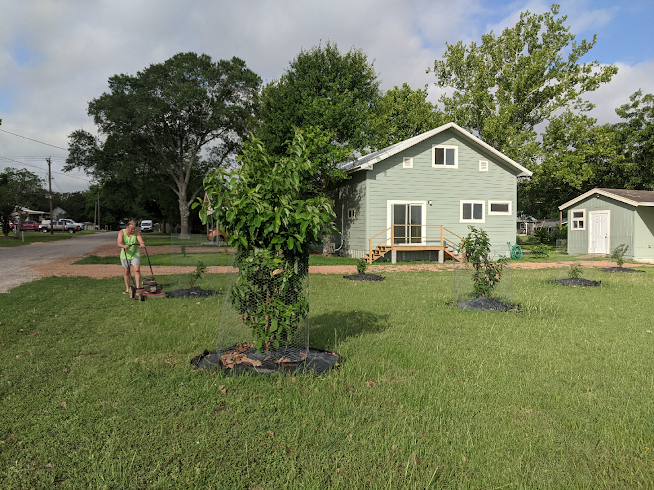