..“the committee that is supposed to review these viruses is secret.”
“We don’t know the names. We don’t know that they ever meet, and we don’t have any records of their meetings,” the Senator reiterated, adding “It’s top-secret. Congress is not allowed to know. So whether the committee actually exists, we’re uncertain.”
“We do know that they’ve met three times and there are thousands of gain-of-function research proposals. They’ve only met three times, they’ve only reviewed three projects,” Paul continued.
https://summit.news/2022/08/04/rand-paul-congress-is-not-allowed-to-know-about-top-secret-gain-of-function-research-committee/​

Midwestern Health System Settles for $10.3m with Healthcare Workers: Victory for Medical Choice​  (Careers already ruined for many...)
https://www.trialsitenews.com/a/midwestern-health-system-settles-for-10.3m-with-healthcare-workers-victory-for-medical-choice-11f106cd
​I am under investigation by the Board of Family Medicine (my medical specialty) and the Texas board of Medical Examiners (my license)​ for prescribing antivirals like ivermectin and hydroxychloroquine to keep patients alive and out of the hospital (before i was fired for vaccine-refusal).
‘They are attacking the doctors who are the leaders in helping American people,’ Dr. McCullough said.
https://www.lifesitenews.com/news/medical-establishment-threatens-disciplinary-action-against-dr-peter-mccullough-over-covid-stance/
​
​​Professionally Disparaged
​(pictured with just-delivered kitchen countertop awaiting trimming and installation)​ 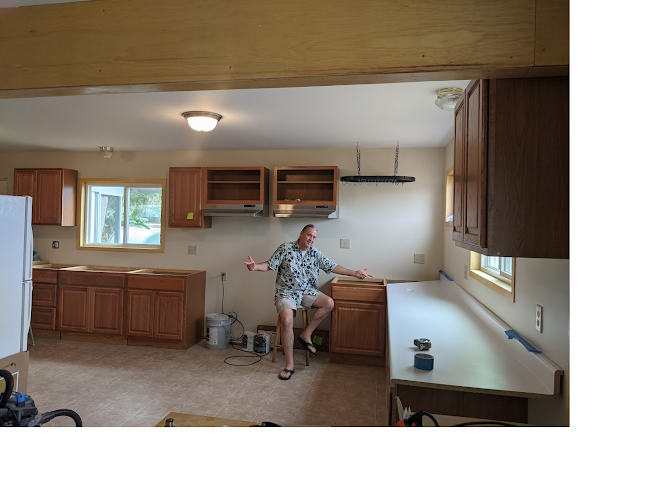