Former Secretary of State ("War Pig") Mike Pompeo knocked the Biden administration for not backing a trip to Taiwan by Speaker Nancy Pelosi (D-Calif.).
“To allow America to be bullied by Chinese propaganda, right after, frankly, President Biden has had a phone call, a long phone call, with [Chinese President] Xi Jinping… would send a really bad message to our friends in the region: the Australians, the South Koreans, the Japanese,” Pompeo told host John Catsimatidis on WABC 77 AM’s “Cats Roundtable.”

Pelosi announced Sunday that she was setting off on a four-country tour of Asia, and is slated to lead a six-member congressional delegation to Singapore, Malaysia, South Korea and Japan. She included no mention of Taiwan in her plans, despite multiple reports of her intent to visit the territory.

“I don’t agree with Speaker Pelosi very often, but she made it clear that she wanted to go visit, on her own, to visit Taiwan, an independent, sovereign nation. And now, the Biden administration is saying, ‘Well, maybe that’s not smart,’ ” Pompeo said...
Under the Taiwan Relations Act of 1979, the U.S. is committed to helping self-governed Taiwan defend itself against Beijing, but the U.S. has remained strategically ambiguous about its position on Taiwan, which China claims as its own.
https://thehill.com/homenews/sunday-talk-shows/3581573-pompeo-targets-biden-over-possible-pelosi-trip-to-taiwan/
I have seen this as "get burned", "playing with fire", but this translation is harsher. It is notable that Xi warned Biden about "those who play with fire", which would apply more to Biden, deeply compromised by bribes from China and Ukraine, being "burned", than it would potentially apply to Nancy Pelosi getting shot-down.
China To Pelosi: You Will ‘Perish’ Over Taiwan
​  ​Chinese ruler Xi Jinping told President Joe Biden during their phone call on July 28, according to the Chinese foreign ministry. “The public opinion cannot be defied. Those who play with fire will perish by it.”
https://www.19fortyfive.com/2022/07/china-to-pelosi-you-will-perish-over-taiwan/
Pelosi visits Taipei on Tuesday, August 3. Ideal weather for invasion of Taiwan across the Taiwan Strait is in September, October and April.
Pelosi expected to visit Taiwan, Taiwanese and US officials say
​  ​US House Speaker Nancy Pelosi is expected to visit Taiwan as part of her tour of Asia, according to a senior Taiwanese government official and a US official, despite warnings from Biden administration officials, who are worried about China's response to such a high-profile visit.
​  ​The stop -- the first for a US House speaker in 25 years -- is not currently on Pelosi's public itinerary and comes at a time when US-China relations are already at a low point.
​  ​The Taiwanese official added that she is expected to stay in Taiwan overnight.
https://www.cnn.com/2022/08/01/politics/nancy-pelosi-taiwan-visit/index.html
​
​Hmm, really​?​ Well, that would be a different set of calculations.​ Go nuclear against ships? ​Nancy looks fearlessly patriotic. Joe looks demented, bribed and traitorous.​
Pelosi Is Irrelevant: China Was Already Planning An Invasion Of Taiwan
​  ​Would China really commit to an impromptu war with Taiwan over Nancy Pelosi, a person who amounts to nothing more than a political smudge in the history books?  No, they wouldn't, but they would be happy to use her diplomatic visit to Taiwan as a pretense for invasion.
​  ​The timing for Pelosi's visit to Taiwan has not been released and will likely remain classified until the event.  China has announced live fire drills this week in the Taiwan Strait as a show of force and a state run newspaper has even suggested that the CCP has the right to shoot Pelosi's plane down​...  China has also insinuated that direct invasion will take place if the visit occurs.
​  ​A US carrier strike group is moving near Taiwan after being deployed from Singapore and tensions are high.  Ironically, Democrats chastised Donald Trump for “upsetting” Chinese/US relations over Taiwan only a couple years ago, and now they are one-upping him.
​  ​According to an alleged Russian intel leak in 2021, the CCP was already planning a forced annex of the island nation (that the Chinese claim is not a nation) for the fall.  The leak from Russia's FSB has not been verified, but it does parallel the increase in Chinese naval activity in the region, along with even more aggressive rhetoric than usual against Taiwan.
https://www.zerohedge.com/geopolitical/pelosi-irrelevant-china-was-already-planning-invasion-taiwan
The compromise agreement of 1979, in which both sides accepted ambiguous terminology and agreed to disagree about Taiwainese nationhood is over.
The Chinese Government now rejects the One China Policy that has been the foundation of U.S./Chinese relations for 43 years. CSIS boils it down nicely:
When the United States moved to recognize the People’s Republic of China (PRC) and de-recognize the Republic of China (ROC) in 1979, the United States stated that the government of the People’s Republic of China was “the sole legal Government of China.” Sole, meaning the PRC was and is the only China, with no consideration of the ROC as a separate sovereign entity.
The United States did not, however, give in to Chinese demands that it recognize Chinese sovereignty over Taiwan (which is the name preferred by the United States since it opted to de-recognize the ROC). Instead, Washington acknowledged the Chinese position that Taiwan was part of China. For geopolitical reasons, both the United States and the PRC were willing to go forward with diplomatic recognition despite their differences on this matter.
(I think the carrier group will remain on the far side of Taiwan, away from China, shielded by the island, and not venture into the Strait of Taiwan.​
It seems that any ship and crew venturing into the strait, in times of war, would be at very high risk of being sunk in that 85 mile crossing.)

What can China do apart from imposing a “No Fly Zone” over Taiwan? China has hypersonic missiles.​  ​China maintains the largest and most diverse missile arsenal in the world. Since the end of the Cold War, Beijing has rapidly modernized its missile force, growing from a small arsenal of cumbersome, inaccurate ballistic missiles into a formidable force of precision-guided ballistic and cruise missiles, loitering munitions, and—most recently—hypersonic weapons.​  ​China’s deployment of hypersonic weapons has attracted significant attention, and for good reason. Hypersonic weapons combine the extreme speeds of ballistic missiles with the maneuverability and lower-altitude flight of cruise missiles, stressing traditional means of early warning and defense.  ​The hypersonic missile can sink a U.S. aircraft carrier. None of the ships in the Ronald Reagan Carrier Strike Group have a defense to counter the hypersonic missile. In other words, China can sink one or more ships in that Task Force if the United States ventures into the Straits of Taiwan.                    https://sonar21.com/will-tweaking-the-dragons-tail-ignite-a-terrible-fire/

What are 5 scenarios of China atacking Taiwan and/or the Taiwanese-controlled islands in the Taiwan Strait? What would be more likely?
What factors would induce China to attampt the full invasion?   https://thecultureshack.blog/2022/07/28/red-clouds-of-war-looming-over-taiwan/ 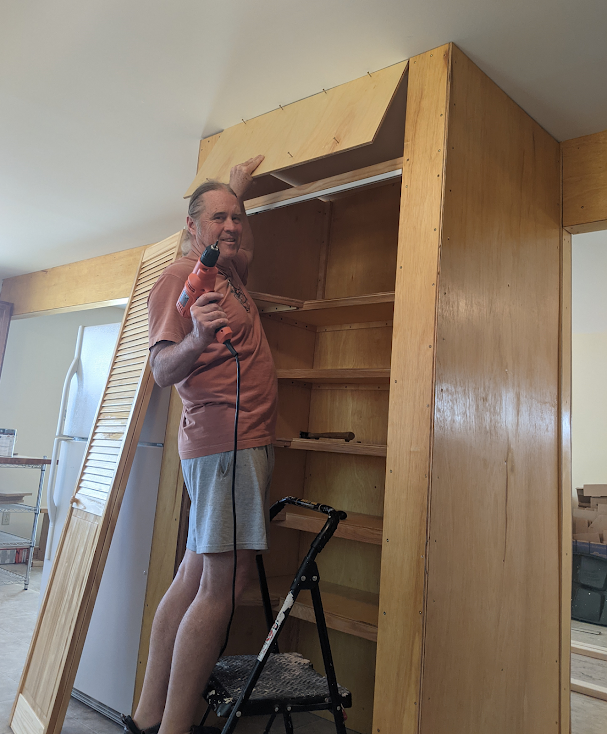