At a graduation ceremony for the US Naval War College (barf), US Secretary of Defense James Mattis asserted that Russian President Vladimir Putin “aims to diminish the appeal of the western democratic model and attempts to undermine America’s moral authority,” and that “his actions are designed not to challenge our arms at this point but to undercut and compromise our belief in our ideals.” (He implies an adjustment of imperial strategy is in order, perhaps?) This would be the same James Mattis who’s been overseeing the war crimes committed by America’s armed forces during their illegal occupation of Syria. This would be the same United States of America that was born of the genocide of indigenous tribes and the labor of African slaves, which slaughtered millions in Korea, Vietnam, Cambodia, Iraq, Libya and Syria for no legitimate reason, which is partnered with Ukrainian Nazis, jihadist factions in Syria and Iranian terror cultists, which supports 73 percent of the world’s dictators, which interferes constantly in the electoral processesof other countries as a matter of policy, which stages coups around the world, which has encircled the globe with military bases, whose FBI still targets black civil rights activists for persecution to this very day, which routinely enters into undeclared wars of aggression against noncompliant governments to advance plutocratic interests, which remains the only country ever to use nuclear weapons on human beings after doing so completely needlessly in Japan, and which is functionally a corporatist oligarchy with no meaningful “democratic model” in place at all. ... When Mattis says that the Russian government is trying to “undercut and compromise our belief in our ideals,” he is saying that Moscow is interrupting the lies that Americans are being told about their government by the plutocrat-owned media. https://caitlinjohnstone.com/2018/06/17/mattis-putin-is-trying-to-undermine-americas-moral-authority/

Russia is warning (again) that the US is planning false flag chemical attacks in Syria (again) to justify attacking Syrian government forces (again) who are soon to start operations to clear out whatever renamed terrorist mercenaries fail to make a deal to leave without their guns. https://www.mintpressnews.com/russian-syrian-warnings-of-a-coming-false-flag-chemical-attack-have-ring-of-truth/244137/

The US Army plans to deploy autonomous killer robots in battle areas by 2028. ("Coming soon to your neighborhood") There are some things that some soldiers just won't do... right? https://www.activistpost.com/2018/06/what-could-go-wrong-u-s-army-planning-to-deploy-autonomous-killer-robots-on-battlefield-by-2028.html

WASHINGTON, June 16. /TASS/. US President Donald Trump is expected to hold a meeting with Russian leader Vladimir Putin in Europe in July. (It's about time they got to talk about things.)
http://tass.com/world/1009827

"The Saudi-UAE Alliance is the Most Dangerous Force in the Middle East Today (except for the US-Israel Alliance, of course). This looks at the genocide in Yemen, now going into total-war summer offensive, as the US "helps". Look; genocide is the historical trend again... http://www.theamericanconservative.com/articles/the-saudi-uae-alliance-is-the-most-dangerous-force-in-the-middle-east-today/

There are about 1000 separations of children from their parents at the US-Mexican border every month. Actually, this is not new, but the press kept quiet about ut under nice President Obama, so as not to offend. The reason for this is that criminal-charges are being filed against parents, and children automatically get taken to abandoned Wal-Marts whenever criminal charges are filed. (yeah, feels genocidal,,,) https://www.reuters.com/article/us-usa-immigration-children/u-s-government-says-nearly-2000-child-separations-at-mexico-border-in-under-two-months-idUSKBN1JB2SF

French police cut the soles off refugee children's shoes and torment them as they drive them away, so they won't ever come back. https://www.theguardian.com/world/2018/jun/14/french-border-police-accused-of-cutting-soles-off-migrant-childrens-shoes

"America's Greatest Crisis is Upon Us, Debt to GDP Makes it Clear" ... (I say it is arguably worse, since current measures of GDP actually include debt as a positive in the financial category of GDP, the only part getting bigger. Thanks Charles.) Since 2001, according to debt to GDP, the US has been in the longest ongoing crisis in the nations history. https://econimica.blogspot.com/2018/06/americas-greatest-crisis-upon-usdebt-to.html


British Bicycling Business is several times larger than the British Steel Industry, so where is the industrial policy to support this business, which has positive economic and environmental multipliers? More thanks, Charles. https://www.theguardian.com/environment/bike-blog/2018/jun/16/uk-cycling-steel-industry-strategy

A cataclysmic decline in insects is taking place, virtually unnoticed. Bruce Munro talks to renowned entomologist Anthony Harris about love, loss and the impending Sixth Mass Extinction, which could wipe land-based life from the globe...
More than 80% of this (biomass), 452.5Gt C, is plants. Next comes bacteria (16%, 87.2Gt C) and fungi (2%, 10.9 Gt C). Animals make up just 0.4% of the total biomass. The globe's 7.6 billion people account for just 0.01% of all living things.
And yet our impact on the globe has been enormous - some would say catastrophic.
According to the Proceedings article, humans are responsible for the possibly irreparable loss of large chunks of the animal and plant kingdoms; more than 80% of all wild animals and half of all plants.
Anthony Harris finds it deeply disturbing.
"Farmed poultry now makes up 70% of all birds on the planet, with just 30% wild,'' he says with a shocked tone.
"The picture for mammals is worse. Sixty percent of all mammals on earth are livestock, mostly cattle and pigs, 36% are humans and just 4% of all mammals are wild.''
It is no wonder insects are dying out, he says.
Industrialised farming is one of the main causes.
McCarthy, who noted the decline of moths, writing in October about the dramatic drop in flying insects numbers in Germany, stated, "It seems indisputable: it is us''.
"It is human activity - more specifically, three generations of industrialised farming with a vast tide of poisons pouring over the land year after year after year, since the end of the second world war.
"This is the true price of pesticide-based agriculture, which society has for so long blithely accepted.''
https://www.odt.co.nz/lifestyle/magazine/losing-buzz 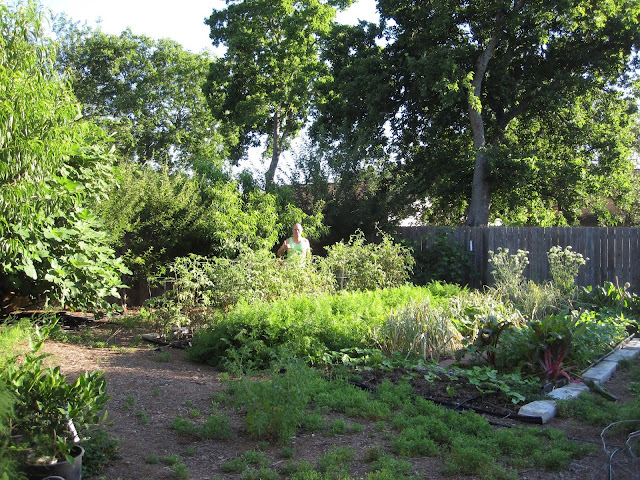