When Trump announced his support for the unfolding coup in Venezuela, Bernie Sanders remained silent for 24 hours.  This matters because coups are made or broken in the first moments or hours; a day during a coup can feel like a month or more.
With each hour Bernie’s silence roared louder.  So much was hanging in the balance with Trump at home and abroad, to the point where a finger could tip the scales—  yet Bernie refused to lift his.
Among the many Democratic Party candidates running for President, only​ ​Tulsi Gabbard made an unequivocal statement condemning the coup, while leftist darling Alexandria Ocasio-Cortez limited her criticism to a retweet.​.. Nancy Pelosi and other leading Democrats went further and cheerleaded their Commander and Chief by using their platform to attack President Maduro.  Trump’s position was consequently strengthened. Instead of being condemned for breaking international law he was made to look like a responsible statesman, leading a “coalition” of countries facing off against an ‘authoritarian dictator’. The virulently anti-Trump section of the U.S. media closed ranks in his favor— since it was difficult to find a dissenting opinion.

​Please note that the form of political organization chosen by the Yellow Vests is an "Assembly of Assemblies", with small groups self organizing and sending a representative with their positions, and that process of carrying the message up the structure being respected at each organizational level, rather than the top-down hierarchy of command that we are accustomed to living under
​We, Yellow Vests, are inviting anyone with his/her own abilities and capacities to join us. We call to pursue the actions with Act 12 against police violence in front of the police stations and the Acts 13, 14 etc… We call for the continuation of the occupation of the roundabouts and the blockage of the economy, to engage in a massive unlimited general strike starting on February 5th 2019. We call for the creation of popular committees in the workplaces, in study places et everywhere else in order that this strike could be conducted from the grassroots by the strikers themselves and not by the unions. Let’s take the matter in our own hands ! Don’t stay alone, join us !
Let’s organise ourselves democratically, independently and autonomously ! This assembly of assemblies is a very important milestone which allows us to discuss about our demands and our means of action. Let’s federate to transform the society! https://hendersonlefthook.wordpress.com/2019/01/30/message-from-french-yellow-vests/
Describing himself as an admirer of US history, Maduro said that he hopes that reasonable US citizens will prevail, adding that America “is a great country, and it is much more than Donald Trump.” “The United States is a great country and it is much bigger than Donald Trump,” he said. “I only ask for respect for Venezuela and I need your support to avoid a war like Vietnam.”  https://www.rt.com/news/450190-maduro-adresses-americans-vietnam/

Yves Smith, at Naked Capitalism: ​The Wall Street Journal has just published an important, disheartening story, U.S. Push to Oust Venezuela’s Maduro Marks First Shot in Plan to Reshape Latin America. The Trump Administration has apparently decided to embark on a large-scale interventionist campaign to reverse supposed undue influence of Russia, China, and Iran in Latin America. Venezuela and Cuba are the first targets, and Nicaragua is next on the list. John Bolton, in too obvious a nod to Bush’s “axis of evil” has called them the “troika of tyranny”.
https://www.nakedcapitalism.com/2019/01/venezuela-coup-attempt-part-of-us-plan-to-remake-latin-america.html

Juan Guaidó is the product of a decade-long project overseen by Washington’s elite regime change trainers. While posing as a champion of democracy, he has spent years at the forefront of a violent campaign of destabilization.​ ​By Dan Cohen and Max Blumenthal
Before the fateful day of January 22, fewer than one in five​ ​Venezuelans had heard of Juan Guaidó. Only a few months ago, the 35-year-old was an obscure character in a politically marginal far-right group closely associated with gruesome acts of street violence.

Following Monday’s imposition of sanctions against Venezuela’s oil industry, the Trump Adminsitration is gearing up for what could be a protracted international battle over the legal control of Venezuela’s main overseas assets,the most substantial of which is Citgo.
Citgo is Venezuela’s US-based refinery business, which owns three refineries in the United States and a major chain of gas stations across the country. They are where much of Venezuela’s overseas oil exports end up.
Venezuela’s state oil company PDVSA owns the majority of Citgo, while 49% of it is owned by Russia’s Rosneft as collateral for loans. PDVSA is ordering all US-bound oil tankers to pre-pay for their oil now, as the US sanctions would effectively prevent them from getting paid. The sanctions require all payments to be put in a frozen account that PDVSA cannot access.
Venezuela’s Oil Minister says the country is examining imposing force majeure to get out of certain contracts which are no longer tenable amid the US sanctions. Force majeure would allow them to back off contracts on the grounds of forces outside of their control.

​Moon of Alabama on the new class of mercenary soldiers among us...:
The UAE hires 'ex-CIA', 'former NSA' and 'ex-soldiers' to spy on dissidents, friends and enemies. It uses tools produced by the NGO Group which is run by 'alumni of Israel's famous Unit 8200 signals intelligence arm'. When Canadian researchers dig too deep into NGO Group's business they get visits by 'retired Israeli security official' from a company founded by 'former Israeli military officers' who recruit many 'former Mossad agents'.​..​
When I read pieces like those linked above I always presume that the 'former' CIA/NSA/FBI/MI6/8200/Mossad/military folks are not 'former' at all, but active agents on a mission for their original service. Some stories only make sense when one reads them under that premise.
But many of the 'former' people above may really have quit their service. They then get hired for a lot of money by shady states or businesses. This is dangerous not only for human rights advocate in the Emirates or some Jamal Khashoggi. These people could be directed to attack anyone.
https://www.moonofalabama.org/2019/01/when-former-spies-run-wild-bad-things-happen.html#more

Apple has blocked Facebook's internal apps from working on employees' phones, The Verge reported.
The move was in response to reports this week that Facebook's misused Apple's enterprise-app program, meant for internal use in a company, to run a research app that gathered data on people's phone activity in exchange for payment.
Facebook said it was shutting down the app, which paid people (including teens) up to $20 a month to install a virtual private network used to track data and activity.
Apple later contradicted Facebook's statement with one that said it had revoked Facebook's enterprise certificates after finding it had violated its developer policies.
The move has big ramifications for Facebook, as employees are reportedly locked out of internal apps. The streaming news network Cheddar described some as saying they thought Facebook was being "unfairly targeted" by Apple.
https://www.businessinsider.com/facebook-chaos-after-apple-blocks-internal-iphone-apps-report-2019-1
https://www.businessinsider.in/chaos-has-reportedly-erupted-inside-facebook-as-employees-find-themselves-unable-to-open-the-companys-apps-on-their-iphones/articleshow/67763519.cms

​Ilargi at The Automatic Earth looks at the rise of self organizing, grassroots movements in England and France, with Brexiteers and Yellow Vests, and the awkwardness and confusion in the ranks of power elites. Brutality isn't working? Propaganda backfiring? Huh?
​https://www.theautomaticearth.com/2019/01/flash-balls-pitchforks-and-a-backstop/#post-45110

Positions harden. It seems the fighting will really begin on April Fool's Day.
Britain would keep paying into the EU budget for years after a no-deal Brexitunder contingency plans drawn up by the European Commission.
In a move likely to enrage Brexiteers and cause yet another political row in Westminster, on Wednesday Brussels unveiled proposals for the UK to keep up its payments for the 2019 EU budget and beyond.
The UK would have to consent to the plan, with a deadline to agree set for 18 April – deliberately placed after the effects of a no-deal would have become apparent.
https://www.independent.co.uk/news/uk/politics/no-deal-brexit-uk-eu-payments-deal-talks-european-commission-a8754226.html

Sadly, I present the view that the new, practical mini-nukes now being made up at Pantex in Amarillo, will actually INCREASE the risk of nuclear Armageddon. (That is really a downside, in my humble opinion. Maybe it's just sour-grapes from the Russkies.​)
https://www.rt.com/news/450143-us-warhead-nuclear-conflict/

Is she serious? I hope so.
Presidential hopeful Sen. Elizabeth Warren introduced legislation Wednesday seeking to stop the US from launching a first-strike nuclear weapons attack on another country.
https://www.cnn.com/2019/01/30/politics/warren-adam-smith-nuclear-weapons/

​Pleasantly biting vitriol about Howard Schultz from frantic Rolling Stoner, Matt Taibbi,  who sees four more years of Trumpf coming...
His plan therefore is to skip the grueling ​[rigged, ed.] ​Democratic primary and buy his way past one tier of certain electoral failure, jumping straight to the general. Once there, he’ll spend just enough of his personal fortune to split the anti-Trump vote and re-elect the dumber version of himself currently in the White House.
Schultz timed his announcement to coincide with his ghostwriter Joanne Gordon’s new work, the aforementioned memoir entitled, From the Ground Up: A Journey to Reimagine the Promise of America, released Tuesday.
From the Ground Up belongs to the Fuck You: How I Became a Billionaire and You Didn’t genre that has an oddly persistent market in America.
Because it’s also designed to double as an extended stump speech, it’s a particularly difficult read — the boring and insincere autobiography of a pretentious oligarch who probably hasn’t been told to his face he’s full of shit since the first Bush administration.
https://www.rollingstone.com/politics/politics-features/howard-schultz-trump-786516/

​Stopping military high-powered sonar use to quite torturing whales to death will happen when we become the responsible stewards of Life on Earth.
https://www.independent.co.uk/environment/whales-sonar-ban-military-navy-stranding-beached-canary-islands-a8752611.html 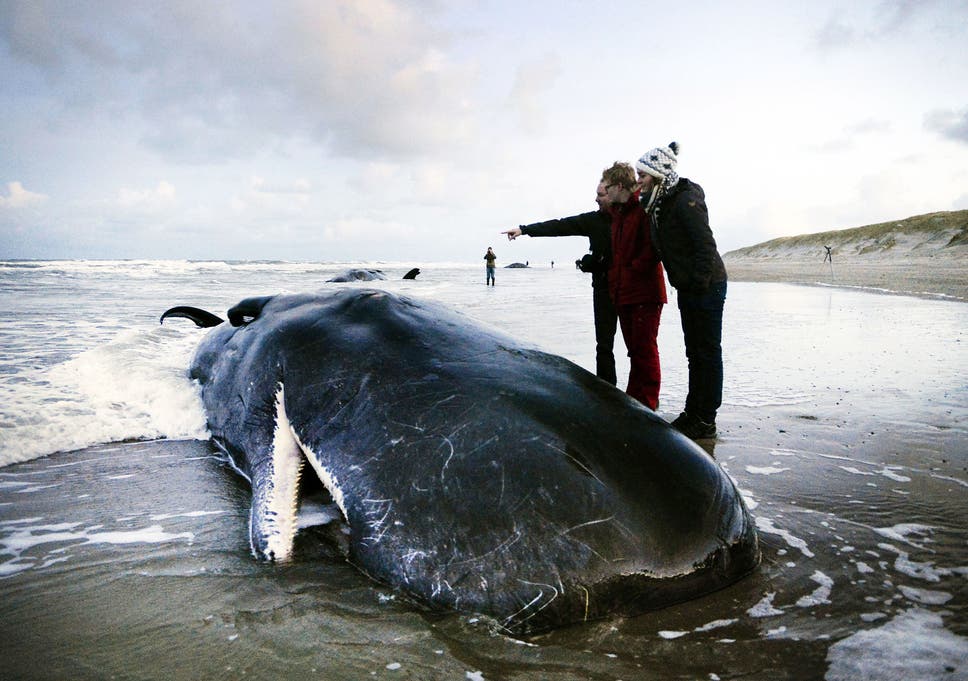