Moon of Alabama on the circus that won't leave town:
​ ​The only reason why the Senate will go the soft way and just vote the impeachment down is because a deal was made between Leader McConnell and Speaker Pelosi.
​ ​The deal prevented an extensive impeachment inquiry and trial that could have hurt both sides with uncertain outcome.
​ ​The narrowness and weakness of the impeachment resolution that can not hurt the president was in exchange for a no-fuzz process in the Senate that will not dig into Biden and will not hurt the Democrats during next year's election.
​ ​That a deal was made explains why Pelosi has chosen impeachment and not censure even as polls were showing opposition to impeachment. It explains why she allowed only a narrow resolution based on weak evidence. It explains why the House agreed to Trump's ginormous defense budget in the same week that it produced an impeachment resolution against him. It also guarantees that there would be no deeper digging by Democrats against Trump. It guarantees the he will under no circumstances be found guilty and impeached.
​ ​Both sides can live with the results of this narrow process. The Democrats demonstrate to their core constituency that they are willing to take on Trump. The Republicans show that they stand with their president and against the lame accusations.

https://www.moonofalabama.org/2019/12/the-impeachment-deal-between-the-house-and-the-senate.html#more
​
Rudy Giuliani has been invited to share his Ukraine findings with the Senate Judiciary Committee - after President Trump's impeachment trial, according to the panel's chairman, Lindsey Graham (R-SC).
In other words, potentially devastating evidence against the Bidens which is integral to the genesis of the entire impeachment effort won't be aired until after Graham's 'witness-less' trial, in order for the impeachment to "die quickly," as Graham put it last week.
https://www.zerohedge.com/political/giuliani-invited-spill-beans-bidens-senate-testimony

Glenn Greenwald, excerpted comments on the Inspector General's very narrow report about "Russiagate" conspiring:​
​ ​If it does not bother you to learn that the FBI repeatedly and deliberately deceived the FISA court into granting it permission to spy on a U.S. citizen in the middle of a presidential campaign, then it is virtually certain that you are either someone with no principles, someone who cares only about partisan advantage and nothing about basic civil liberties and the rule of law, or both. ..​ ​

​ ​It’s virtually impossible to turn on MSNBC or CNN without being bombarded with former Generals, CIA operatives, FBI agents and NSA officials who now work for those networks as commentators and, increasingly, as reporters...
​ ​All of this has meant that U.S. discourse on these national security questions is shaped almost entirely by the very agencies that are trained to lie: the CIA, the NSA, the Pentagon, the FBI. And their lying has been highly effective...
​ ​Ever since the Snowden reporting – indeed, prior to that, when the New York Times’ Eric Lichtblau and Jim Risen (now with the Intercept) revealed in 2005 that the Bush-era NSA was illegally spying on U.S. citizens without the warrants required by law – it was widely understood that the FISA process was a rubber-stamping joke, an illusory safeguard that, in reality, offered no real limits on the ability of the U.S. Government to spy on its own citizens. Back in 2013 at the Guardian, I wrote a long article, based on Snowden documents, revealing what an empty sham this process was.
​ ​But over the last three years, the strategy of Democrats and liberals – particularly their cable outlets and news sites – has been to venerate and elevate security state agents as the noble truth-tellers of U.S. democracy. Once-reviled-by-liberal sites such as Lawfare – composed of little more than pro-NSA and pro-FBI apparatchiks – gained mainstream visibility for the first time on the strength of a whole new group of liberals who decided that the salvation of U.S. democracy lies not with the political process but with the dark arts of the NSA, the FBI and the CIA.​..
​ ​This system of unlimited domestic spying was built by both parties, which only rouse themselves to object when the power lies in the other side’s hands. Just last year, the vast majority of the GOP caucus joined with a minority of Democrats led by Nancy Pelosi and Adam Schiff to hand President Trump all-new domestic spying powers while blocking crucial reforms and safeguards to prevent abuse. The spying machinery that Edward Snowden risked his life and liberty to expose always has been, and still is, a bipartisan creation.
https://theintercept.com/2019/12/12/the-inspector-generals-report-on-2016-fb-i-spying-reveals-a-scandal-of-historic-magnitude-not-only-for-the-fbi-but-also-the-u-s-media/

​The FBI, everybody running the show, knew all along that Carter Page was working for the CIA, not Russia, and had nothing to do with any kind of election tampering, but hiding that fact from the FISA Court was essential to the plan to wiretap everybody working with Trump, trap them in minor misstatements, and bankrupt them in court with "lawfare".
The Russiagate Show ran for season after season.
​https://www.zerohedge.com/political/second-damning-fbi-lie-about-carter-page-revealed-ig-report-sperry
Schiff: 'I Had No Idea FBI Was Committing Serious Abuses When I Said All That Stuff'

​More government lies, by which to justify murder, but not a "conspiracy", right, guys?
​ ​Late Saturday WikiLeaks released more documents which contradict the US narrative on Assad's use of chemical weapons, specifically related to the April 7, 2018 Douma incident, which resulted in a major US and allied tomahawk missile and air strike campaign on dozens of targets in Damascus.
​ ​The leaked documents, including internal emails of the Organization for the Prohibition of Chemical Weapons (OPCW) — which investigated the Douma site — reveal mass dissent within the UN-authorized chemical weapons watchdog organization's ranks over conclusions previously reached by the international body which pointed to Syrian government culpability. It's part of a growing avalanche of dissent memos and documents casting the West's push for war in Syria in doubt (which had resulted in two major US and allied attacks on Syria).
​ ​This newly released batch, WikiLeaks reports, includes a memo stating 20 inspectors feel that the officially released version of the OPCW's report on Douma “did not reflect the views of the team members that deployed to [Syria]”.​..​
​ ​The aforementioned memo states that around 20 inspectors have expressed concerns over the final FFM report, which they feel “did not reflect the views of the team members that deployed to Douma”. Only one member of the fact finding team that went to Douma, a paramedic, is said to have contributed to the final version of the report. Apart from that one person, an entirely new team was gathered to assemble the final report, referred to as the “FFM core team”.
https://www.zerohedge.com/geopolitical/new-wikileaks-bombshell-20-inspectors-dissent-syria-chemical-attack-narrative

​Moon of Alabama explains what is now the end of a Journalistic career.
​ ​The new documents published by Wikileaks include the original Interim Report written by members of the Fact Finding Mission of the OPCW who were on the grounds in Douma to investigate that case. The original Interim Report was suppressed by the OPCW management and a rewritten Interim Report and manipulated Final Report were published. ​ ​ They made it look as if the Syrian government was guilty of a chemical attack. At least two whistleblowers have gone public and some 20 OPCW inspectors have internally protested to their management...
​ A journalist at Newsweek, Tareq Haddad, wrote and tried to publish a piece about the OPCW manipulations. The piece was suppressed by the editors of Newsweek. Haddad, who resigned in protest, now published a recommendable long-read which explains what happened:
Lies, Newsweek and Control of the Media Narrative: First-Hand Account.
https://www.moonofalabama.org/2019/12/media-suppressed-reports-of-the-opcws-chemical-attack-manipulations-there-is-now-more-of-it.html#more

Well, it might not happen, anyway...
​ ​Former CIA officer and counter-intelligence expert Kevin Shipp says that former Obama Administration Attorney General (AG) Eric Holder gave a big Deep State panic signal when he wrote in an Op-Ed last week in the Washington Post trashing current AG William Barr and his top prosecutor John Durham. Shipp explains,
​ ​“This is very significant. We all remember that Holder was Obama’s right hand man. Eric Holder was Barack Obama’s enforcer. The fact that Holder comes out this quickly after the Inspector General (IG) Horowitz Report comes out... and makes this veiled threat against Durham’s reputation. The fact that Eric Holder came out and made this statement is a clear indication to me they are running scared.
​ ​We have to understand it was Eric Holder that Barack Obama used to target the heads of corporations that spoke out publicly about Barack Obama. We know Holder was held in ‘Contempt of Congress.’ He spied on AP reporters, ran guns to drug cartels and blacked out the information. He spied on over a hundred journalists, and on and on we go...
​ ​They (Deep State) are convinced there are going to be indictments. Secondly, there is AG Barr’s outrage over (IG) Horowitz’s report and what it did not do. He made statements that there was spying and actions by government officials that need to be criminally looked into. Barr’s outrage over this shows me that there are going to be indictments, and that he is taking this seriously. Again, when Holder comes out and puts out this bombshell in the Washington Post, which is another indication that indictments are coming. John Brennan, former Obama Administration CIA Director, is going to be at the top of the list.”
https://www.zerohedge.com/political/former-cia-spook-eric-holder-just-revealed-deep-state-running-scared

Turkey threatens to close critical US/NATO bases if sanctioned.
(Not mentioned, but known by all, is that the US pretty nearly killed Erdogan in that military coup attempt a few years ago, and he was saved by last-minute Russian intervention.)
​ ​Bottom line: It's Turkey's party, and it can buy missiles from Russia if it wants to. After all, placating Russia is important for an energy importer like Turkey. Russian energy subsidies can be a huge economic boon for an economy - just look at Belarus.
​ ​Plus, now that Erdogan has cemented his control over the levers of power in Turkey, even if his decision to re-run the mayoral elections in Istanbul didn't turn out quite as well as he had probably hoped.  He's eager to establish Turkey as a regional power, and bending to the US on this would make him look week.
​ ​Of course, for the US, Erdogan's demands present a difficult dilemma: The US and NATO need Turkey to host its bases, but they're worried that, if the S-400 system becomes fully operational (expected in April), many worry the Russian system could be used to collect intelligence on the stealth capabilities of the F-5 fighter jet.
https://www.zerohedge.com/geopolitical/turkey-gives-nato-middle-finger-threatens-shutter-critical-military-bases-over

Here's the deal: Sweet drinks and cheap starchy foods are killing people. Cholesterol medicines are not saving them, but fresh fruit, vegetables, nuts and some omega 3 fats will. Thanks Charles. (Insulin Resistance is Futile)
https://www.pharmaceutical-journal.com/news-and-analysis/opinion/insight/the-cholesterol-and-calorie-hypotheses-are-both-dead-it-is-time-to-focus-on-the-real-culprit-insulin-resistance/20203046.article?firstPass=false 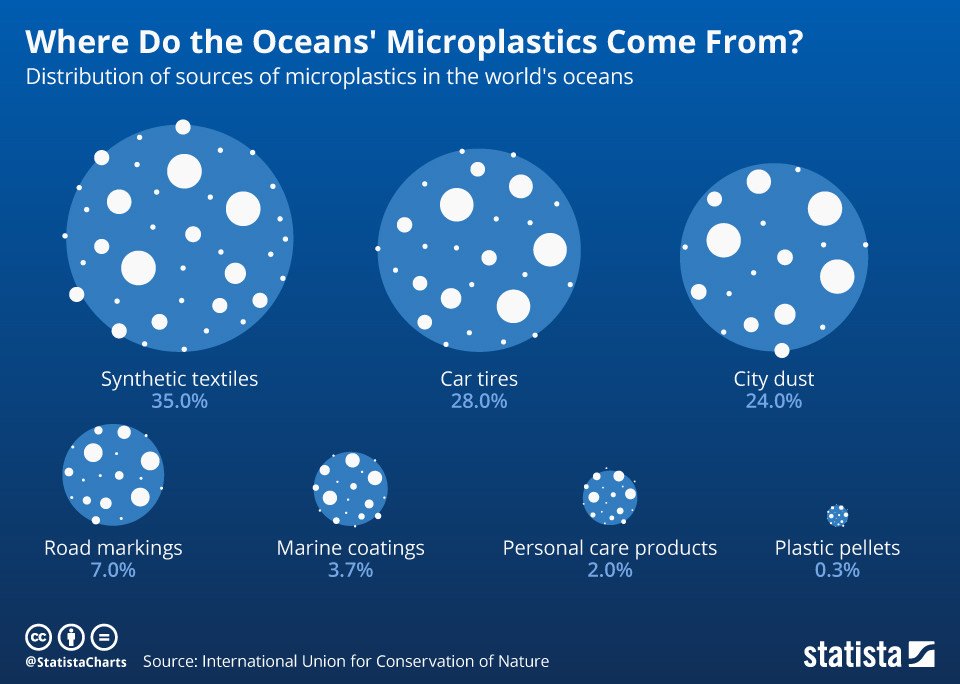 Spying Little Things
Posted by John Day at 6:39 AM