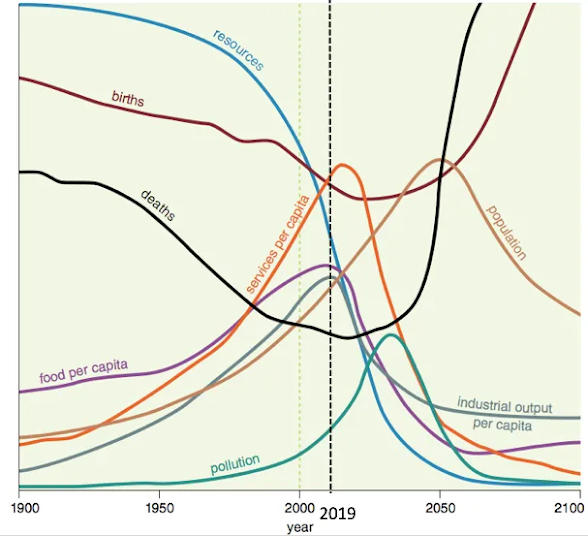 ​
1) ​F​ear Thy Neighbor.
2) Report Thy Neighbor, to be dealt with accordingly.
CIA Counterterror Chief Suggests Going To War Against ‘Domestic Insurgents’
Compares dissenting Americans to Taliban, Al Qaeda; Compares President Trump to Saddam Hussein.​  ​Grenier, also a former CIA station chief in Pakistan and Afghanistan, grouped together “the Proud Boys, the Three Percenters, the Oath Keepers, ‘Christian’ national chauvinists, white supremacists and QAnon fantasists” and claimed they are all “committed to violent extremism.”
​  ​Grenier labeled dissenters an “insurgency” and called for them to be “defeated” like an enemy army.
https://summit.news/2021/02/04/cia-counterterror-chief-suggests-gong-to-war-against-domestic-insurgents/
​  ​It’s just like the original Global War on Terror, except that this time the “Terrorists” are all “Domestic Violent Extremists” (“DVEs”), “Homegrown Violent Extremists” (“HVEs”), “Violent Conspiracy-Theorist Extremists” (“VCTEs”), “Violent Reality Denialist Extremists” (VRDEs”), “Insurrectionary Micro-Aggressionist Extremists” (“IMAEs”), “People Who Make Liberals Feel Uncomfortable” (“PWMLFUs”), and anyone else the Department of Homeland Security wants to label an “extremist” and slap a ridiculous acronym on.
​  ​According to a “National Terrorism Advisory System Bulletin” issued by the DHS on January 27, these DCEs, HVEs, VCTEs, VRDEs, IMAEs, and PWMLFUs are​  "​ideologically-motivated violent extremists with objections to the exercise of governmental authority [and] perceived grievances fueled by false narratives.”
​  ​They are believed to be “motivated by a range of issues, including anger over Covid-19 restrictions, the 2020 election results, police use of force,” and other dangerous “false narratives” (e.g., the existence of the “deep state,” “herd immunity,” “biological sex,” “God,” and so on).
​  ​“Inspired by foreign terrorist groups” and “emboldened by the breach of the US Capitol Building,” this diabolical network of “domestic terrorists” is “plotting attacks against government facilities,” “threatening violence against critical infrastructure” and actively “citing misinformation and conspiracy theories about Covid-19.”
https://off-guardian.org/2021/02/09/the-new-normal-war-on-domestic-terror/
​Helen​ Buyniski (Hmmmm, sounds Russian, but she's a New Yorker, and this seems right-on.)
​  ​Certainly, it’s not clear what sets the alleged “extremism” on display during last month’s demonstration at the Capitol apart from business as usual in the military. The former and current service members charged in relation to the riot are being demonized as seditious fake-patriots with no respect for Our Democracy, unlike those truly devoted bastions of tolerance willing to give 110 percent in defense of God and Country, etcetera, eagerly kicking in doors in the middle of the desert, guarding patriotic poppy fields in Afghanistan, and perhaps getting their legs blown off by an IED for their trouble.
​  ​The Pentagon, for all its exhortations to “support our troops,” categorically refuses to do the same, instead sending those troops to war after war against countries that pose no real threat to the US, yet happen to be occupying some choice real estate or sitting on top of some natural resources Uncle Sam would really like access to.
​  ​Meanwhile, they’re turning entire generations of young people into monsters – extremists – capable of killing a stranger just because someone they’ve been taught to obey at all costs orders it. A culture that fetishizes mass murder in order to steal natural resources from halfway around the world – while pretending to make the world safe for democracy, no less! – is long overdue for some changes, starting with using some of that $717 billion in Pentagon dollars on something useful.
​  ​The real question, then, is not who in the US military is a domestic extremist. It’s who isn’t.
https://www.rt.com/op-ed/514780-extremism-military-pentagon-stand-down/
​Revising the mission statement and expanding the mission. It's NOT COLONIALISM!
US SHIFTS OFFICIAL JUSTIFICATION OF ITS ILLEGAL PRESENCE IN SYRIA FROM ‘GUARDING OIL’ TO ‘FIGHTING ISIS’
​https://southfront.org/us-shifts-official-justification-of-its-illegal-presence-in-syria-from-guarding-oil-to-fighting-isis/
https://www.mintpressnews.com/new-us-military-base-northeast-syria-latest-biden-warlike-moves/275260/
Ivermectin is bad, because it is safe, effective COVID treatment that competes with big pharma products in the pipeline. Thanks Jeremy.
FLCCC Alliance Response to Merck’s public statements on ivermectin’s efficacy in COVID-191
https://covid19criticalcare.com/wp-content/uploads/2021/02/FLCCC-Alliance-Response-to-Merck-statements-on-ivermectin-in-Covid19-Dec7-2021.pdf
You just need a newer, better vaccine. Stay home and WAIT FOR IT!
DON'T TAKE VITAMIN-D, Zinc, OR IVERMECTIN!
JOHANNESBURG (Reuters) - South Africa will put on hold use of AstraZeneca’s COVID-19 shot in its vaccination programme, after data showed it gave minimal protection against mild-to-moderate infection caused by the country’s dominant coronavirus variant.
https://www.reuters.com/article/us-health-coronavirus-safrica-idUSKBN2A70PY
AstraZeneca says vaccine against new Covid variants may take six months
https://www.theguardian.com/business/2021/feb/11/astrazeneca-says-vaccine-against-new-covid-variant-may-take-six-months
​Look, immune thrombocytopenia is not what killed Hank Aaron, even though his "massive stroke" was a little more than 2 weeks after his Moderna vaccine for COVID.
It's a coincidence that it's exactly what happened to that unfortunate doctor in Florida, and those other nice people.
The Coroner said "Natural Causes", so put those fears to rest!​
Doctors Link Pfizer, Moderna Vaccines to Life-Threatening Blood Disorder
A second New York Times article quotes doctors who say the mRNA technology used in COVID vaccines may cause immune thrombocytopenia, a blood disorder that last month led to the death of a Florida doctor after his first dose of the Pfizer vaccine.
https://childrenshealthdefense.org/defender/pfizer-moderna-vaccines-life-threatening-blood-disorder/
Budes​onide is Pulmicort steroid inhaler for chronic asthma. It is used twice daily. It helps when COVID is inflaming the lungs. Thanks Jeremy.
https://www.ox.ac.uk/news/2021-02-09-common-asthma-treatment-reduces-need-hospitalisation-covid-19-patients-study

​"​BTW - the Indian Pharmacy suggested by SWPRS is able to provide Budecort 200. This is the equivalent of Pulmicort.​"​ Says Jeremy.
https://www.ciplamed.com/content/budecort-inhaler
​Dancing Shiva​
Posted by John Day at 11:59 AM