Joe sends this article about the inserted genetic sequences in Wuhan coronavirus 2019-nCoV. It seems like part of this sequence is available online for under $100, worked out during 2008 research into SARS corona virus. The big insertion is the spke protein, that binds to ACE2 receptors deep in human lungs. This is the smoking gun of genetic engineering. The article goes into the firing of the Chinese employee from the Canadian level-4 viral research lab, suspected of borrowing the bat coronavirus without permission.
https://jameslyonsweiler.com/2020/01/30/on-the-origins-of-the-2019-ncov-virus-wuhan-china/

Dr Francis Boyle says Wuhan coronavirus is an engineered bioweapon (but who did the critical engineering?)
https://greatgameindia.com/dr-francis-boyle-creator-of-bioweapons-act-says-coronavirus-is-biological-warfare-weapon/

Here is an interesting study with an innocuous enough name, published Halloween 2019, just after that Event 201 simulation of coronavirus pandemic was done. Filovirus is the family containing EBOLA. They looked at antibodies to filoviruses in bats and humans involved in a traditional yearly bat-harvest (roundup) in Nagaland, India. It looks like the humans caught these from the bats and made antibodies.
Filovirus-reactive antibodies in humans and bats in Northeast India imply zoonotic spillover

​India is probing Wuhan Institute of Virology for doing that study on Indian citizens and Indian fruit bats ​without adequate informed consent or some such pretext. It seems that the Wuhan Institute did this study together with a mysterious American company, linked to the Defense Department, but without notification of the CDC, who knew nothing about it.
https://www.zerohedge.com/health/india-probe-wuhan-institute-virology

Remdesivir is an experimental drug, produced by Gilead, specifically for treating filoviruses. One must wonder if Gilead was helping the military on their EBOLA-defense project. Remdesivir is now, suddenly in a massive human clinical trial in Wuhan. This is it's first clinical trial. Note: Vaccines against Coronaviruses seem to kill lab animals. Just be aware. That's in the first link above. This is just an antiretroviral, like treats AIDS and Hepatitis-c. Gilead leads in Hep-c treatment drugs. Good products.
https://www.bloomberg.com/news/articles/2020-02-03/gilead-drug-to-undergo-human-trials-in-china-to-cure-coronavirus

Here is the skinny on how Iran picked a list of revenge targets for the assassination of General Soleimani, and sort of negotiated the type of damage the US would get, to minimize loss of American life. Option #3 would have killed a lot of Americans, for instance. Thanks Eleni. It's not over until America is OUT.
https://ejmagnier.com/2020/02/01/how-iran-decided-to-bomb-us-bases-and-how-trump-avoided-an-all-out-war/

Remember self-proclaimed President of Venezuela, Juan Guaido? Last year he was headlines. Michael sent this:
​ ​While Guaidó has been shrinking, Maduro has been growing stronger. Maduro has signed more than 500 bilateral agreements with China that put in place a long-term economic relationship. Russia has provided military, intelligence, and economic support. He has signed new agreements with Iran for medicine, food, energy, and healthcare. Venezuela has met its goal and delivered more than three million social housing units for more than 10 million people. This year economists are predicting the Venezuelan economy will expand and people are seeing the country as a paradox of stability. Some suggested that Maduro was the man of the year for successfully standing up to the Trump coup.
https://popularresistance.org/guaidos-failed-foreign-tour-ends/

We don't know how Bernie did in the Iowa Caucus at dawn because of some improvements recently made by the DNC. It looks like he got first or second though. I won't include the Fox News link I found.

Investigative Journalist, Whitney Webb has been giving us a lot of valuable insights in the past year. She says the American electorate is being prepared for a failed election in 2020, which would be one more way for the elite oligarchs to try to regain hold of the reins of power. (I'll point out, that they can't get along with each other, let alone hold-reins on the 4 horsies of the apocalypse.)
https://www.mintpressnews.com/media-israel-intelligence-2020-elections-cyber-security/264361/ 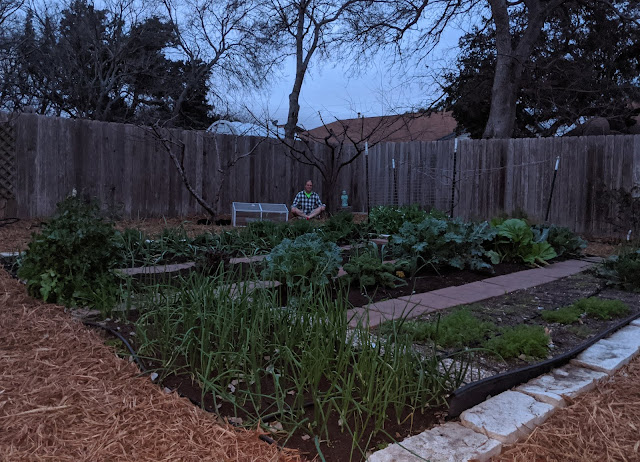