High levels of complexity are energetically expensive to maintain. We have entered the era of declining energy-per-capita​l​  of all kinds.​ Where ya gonna live?​
​ ​Going forward, the cities themselves are likely to be starved for tax revenue and federal grants to maintain their infrastructures and social safety nets, and possibly to maintain civil order. The net result will be a steep loss of quality in city life. Surely a percentage of city people will be looking for someplace else to live.
​ ​They may fantasize about moving to “the country,” but in the post Covid-19 reality, that could prove problematic. Country life without the automobile is a very different proposition than what many have in mind, unless it has something to with farming. As a general proposition, we’re going to see the return of a sharp distinction between urban and rural, and the lifestyles that are suited to them.
​ ​Since suburbia is a dead loss, that leaves the small towns and small cities. These are the places that suffered the worst disinvestment in recent decades. Now things have changed. These places have two big advantages over the big cities and the burbs: 1) many have a meaningful relationship to farming (i.e. food), and 2) they are already scaled to the smaller resource and capital realities that we’re facing.

​What to eat and not to eat: Short version​:
Avoid snack foods, heavy meats and processed carbohydrates. (What?)
Eat fresh fruits, vegetables, nuts, legumes, whole grains and (non-farmed) fish, with monounsaturated oils.
Long version and reasons why in this scientific article.
You'll come through your upcoming coronavirus infection if this has been your diet.
https://www.ncbi.nlm.nih.gov/pmc/articles/PMC5831951/ 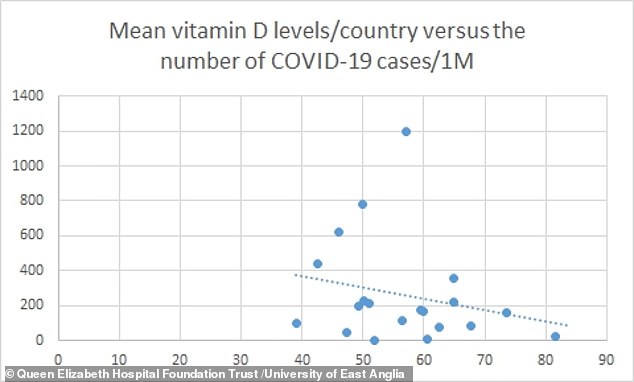 Marjorie send this lucid medical lecture. You can skip most of the first 15 minutes if you have a good background in physiology, biochemistry and immunology. It's good and well explained.
There are more in this series and I watched one of the later ones, too.
He covers everything needed each lecture, so redundant if watched sequentially.
Coronavirus Pandemic Update 63: Is COVID-19 a Disease of the Endothelium (Blood Vessels and Clots)?
https://www.youtube.com/watch?v=Aj2vB_VITXQ&list=PLQ_IRFkDInv_zLVFTgXA8tW0Mf1iiuuM_&index=66&t=0s&app=desktop

Test early and treat before it is too late. Remdesivir is not a miracle  drug.
​ ​Acute Care Surgeon (and Asst Professor of Surgery at Wash U.) Mark Hoofnagle warns "I am truly sorry to say, Remdesivir is probably worth.less.."
In an excellent Twitter thread, Hoofnagle details what he calls "some fascinating drug company shenanigans."
​ ​First, the pre-test probability that an infused, small-molecule inhibitor of a virus would improve mortality in symptomatic patients was already pretty low. Unfortunately, antivirals work poorly in acute disease. This has to do with their mechanism of action, and host response.
​ ​Antivirals usually target some aspect of viral replication/assembly/transmission. Remdesivir is a clever pharmacologic prodrug that inhibits a key piece of RNA viruses that mammals don’t have - the RNA-dependent RNA polymerase, and inhibits viral replication.
​ ​Unfortunately, by the time you are symptomatic with a virus, you are usually already high/peak viral load. So, when you give an antiviral to someone who is already ill, the damage from the virus is largely done.
​ ​It’s there in big numbers and in the cells.
Consistent with this, the Lancet paper on the remdesivir trial in China shows no impact on viral load clinically.
https://www.zerohedge.com/health/remdesivir-probably-worthless-trauma-surgeon-exposes-drug-companys-shenanigans

​What would happen if there was a global attitude of fairness and rigorous investigation to really understand the coronavirus threat?
No, really, what if everybody sincerely sought to thoroughly understand it and where it came from?
​ ​“Coronaviruses, including the one that causes SARS, are studied in virology labs around the world, including the US bio-weapons lab at Fort Detrick in Maryland. In fact, the Fort Detrick facility has a history of safety issues and closures far more serious than anything alleged to have taken place at the Wuhan lab,” he stated.
​ ​“The question then is, if the US demands that it have access to Chinese facilities to investigate its charges against China will it reciprocate and allow Chinese investigators to inspect the Fort Detrick lab?” he asked.
​ ​“There is mounting evidence, in fact, that the SARS-CoV-2 coronavirus did not originate in China but has earlier antecedents in the US. Will the US investigate that possibility and invite Chinese authorities to participate? If not, then Trump has no right to make spurious accusations against China,” he concluded.

​ Why does this make me think of ​the ​​US government​ wasting 2 months of warning, producing faulty tests, outlawing any other tests, then condemning hydroxychloroquine use and forbidding doctors to prescribe it in some states?
​ ​A leaked dossier compiled by Western intelligence agencies concludes that China lied and deliberately suppressed or destroyed evidence during the crucial early days of the COVID-19 outbreak, and notes that Chinese researchers have been experimenting with - and creating - deadly bat coronaviruses...
A key theme of the dossier is that China's negligence and lies resulted in the "endangerment of other countries," as the CCP silenced or 'disappeared' doctors who spoke out.
Doctors who bravely spoke out about the new virus were detained and condemned. Their detentions were splashed across the Chinese-state media with a call from Wuhan Police for “all citizens to not fabricate rumours, not spread rumours, not believe rumours.”

​The status of Taiwan remains in play, but like Tyson chicken-processors, the people don't matter.
The people of Taiwan​ have nothing to say about whether or not they will be ruled by the Chinese Communist Party elites, NONE.
Taiwanese people are not more special than Tibetans or Uyghurs (or Palestinians, or Native Americans).
Re-education awaits.
https://www.zerohedge.com/geopolitical/us-doesnt-own-un-furious-beijing-slams-un-missions-taiwan-tweets-political

​Unpatriotic sick people? One step above dead chickens? No assembly line distancing? Blame or fix?
Waterloo Tyson plant to remain closed despite President Executive Order to open
​ ​Black Hawk County had its first coronavirus case on March 18th and since then the number of cases has grown to more than 1,300.
​ ​Tyson employees said the company didn't do enough to protect, County leaders addressed the executive order Thursday. The doors to the Tyson Waterloo plant are closed as leaders attribute a large number of cases stemming from working closely with others.
​ ​“We can say that 90% of the cases have been attributed or related to the Tyson plant,” said Black Hawk County Public Health Director Nafissa Cisse. I think the thing to keep in mind is that it might not be a direct Tyson case contact but it might be somebody a second exposure.”
​  ​Cisse Egbuonye says the number of cases Thursday was nearly 1,400.
​ ​“These numbers that I’m sharing with you all are people who are loved and people, who have names, they have families and stories,” she said.
​ ​It’s a jump that Sheriff Tony Thompson said now threatens the most vulnerable of people in the county.
​ ​“Our fight today has changed and it’s changed dramatically simply because the initial line of defense has changed,” said Sheriff Thompson. “It has migrated because we lost our first line of defense out there in the community. We have a huge hole blown in that first line of defense and it’s frustrating because it put at greater risk all of our citizens and Blackhawk County.”

It's Venezuelan socialism's fault for hogging all that oil, for the people who just live there.
Ex-Green Beret Was Behind Failed Attempt At 'Armed Invasion' Of Venezuela Funded By US Billionaires
​ ​The plan was simple, but perilous. Some 300 heavily armed volunteers would sneak into Venezuela from the northern tip of South America. Along the way, they would raid military bases in the socialist country and ignite a popular rebellion that would end in President Nicolás Maduro’s arrest.
​ ​What could go wrong? As it turns out, pretty much everything.
​ ​The ringleader of the plot is now jailed in the U.S. on narcotics charges. Authorities in the U.S. and Colombia are asking questions about the role of his muscular American adviser, a former Green Beret. And dozens of desperate combatants who flocked to secret training camps in Colombia said they have been left to fend for themselves amid the coronavirus pandemic.
https://www.zerohedge.com/geopolitical/ex-green-beret-was-behind-failed-coup-attempt-against-maduro-funded-us-billionaires


Warren Buffet is completely divested from airlines now, but he still likes trains.
"When we bought [airlines], we were getting an attractive amount for our money when investing across the airlines,” he said. “It turned out I was wrong about that business because of something that was not in any way the fault of four excellent CEOs. Believe me. No joy of being a CEO of an airline."
​ ​"“I don’t know that 3-4 years from now people will fly as many passenger miles as they did last year .... you’ve got too many planes."
​ ​Realizing that he won't be alive by the time a turnaround eventually happens, he clarified that he made the decision and that he lost money on his investments. “That was my mistake.”
https://www.zerohedge.com/markets/brace-monday-massacre-buffett-liquidates-all-airline-holdings-hints-berkshire-remains 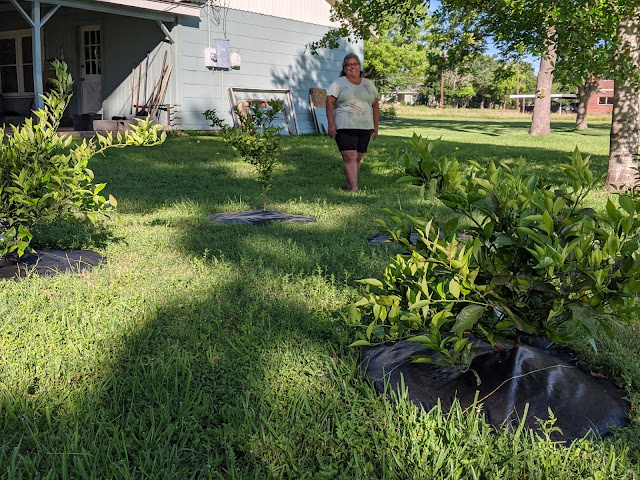