I'm opening with a perspective piece about the short and tortured life of George Orwell. He was a British imperial officer in colonized Burma, apparently good at it, and they employed torture routinely there. Thanks Eleni.
​  ​The truth clearly was that Orwell never forgave himself for what he did as a young agent of empire in Burma. Even his literally suicidal decision to go to the most primitive, cold, wet and poverty-stricken corner of creation in a remote island off Scotland to finish “1984” in isolation before he died was consistent with the merciless punishments he had inflicted on himself all his life since leaving Burma.
​  ​The conclusion is clear: For all the intensity of George Orwell’s experiences in Spain, his passion for truth and integrity, his hatred of the abuse of power did not originate from his experiences in the Spanish Civil War. They all flowed directly from his own actions as an agent of the British Empire in Burma in the 1920s: Just as his creation of the Ministry of Truth flowed directly from his experience of working in the Belly of the Beast of the BBC in the early 1940s.
​  ​George Orwell spent more than 20 years slowly committing suicide because of the terrible crimes he committed as a torturer for the British Empire in Burma.

US Senate Quietly Approves $38 Billion for Israel Amid Historic Economic Downturn
S.3176 was passed without being named, debated, or even discussed, even though it would set into law the largest such aid package in US history.

​Michael Hudson points out the pivotal change which must be embraced for survival of human civilization:
​  Western civilization distinguishes itself from its predecessors in the way it has responded to “acts of God” disrupting the means of support and leaving debts in their wake.
The great question always has been who will lose under such conditions. Will it be debtors and renters at the bottom of the economic scale, or creditors and landlords at the top? This age-old confrontation between creditors and debtors, landlords and tenants over how to deal with the unpaid debts and back rents is at the economic heart of today’s 2020 coronavirus pandemic that has left large and small businesses, farms, restaurants and neighborhood stores – along with their employees who have been laid off – unable to pay the rents, mortgages, other debt service and taxes that have accrued.
For thousands of years ancient economies operated on credit during the crop year, with payment falling due when the harvest was in – typically on the threshing floor. Normally this cycle provided a flow of crops and corvée labor to the palace and covered the cultivator’s spending during the crop year, with interest owed only when payment was late. But bad harvests, military conflict or simply the normal hardships of life occasionally prevented this buildup of debt from being paid, threatening citizens with bondage to their creditors or loss of their land rights.
Mesopotamian palaces had to decide who would bear the loss when drought, flooding, infestation, disease or military attack disrupted economic activity and prevented the settlement of debts, rents and taxes. Recognizing that this was an unavoidable fact of life, rulers proclaimed amnesties for taxes and the various debts that were incurred during the crop year. These acts saved smallholders from having to work off their debts by personal bondage and ultimately to lose their land.
Classical antiquity, and indeed subsequent Western civilization, rejected such Clean Slates to restore social balance. Since Roman times it has become normal for creditors to use social misfortune as an opportunity to gain property and income at the expense of families falling into debt. In the absence of kings or democratic civic regimes protecting debtor rights and liberty, pro-creditor laws obliged debtors to lose their land or other means of livelihood to foreclosing creditors, sell it under distress conditions and fall into bondage to work off their debts, becoming clients or quasi-serfs to their creditors without hope of recovering their former free status.
https://www.nakedcapitalism.com/2020/05/michael-hudson-debt-liberty-and-acts-of-god.html

(Buiter works for global banking, so he does not go far enough.)​

​  ​Debt is a dangerous instrument. For far too long, the world has used it to avoid awkward but unavoidable decisions. In the midst of an unprecedented global crisis, something will have to give.
https://www.project-syndicate.org/commentary/covid19-case-for-2020-debt-jubilee-by-willem-h-buiter-2020-05

​The SARS-CoV-2 virus pulls a concealment trick, removing the Major Histocompatibility Complex markers from the surface of human cells it has infected, so the white blood cells of the immune system leave those cells, teeming with virus they are producing, intact, to later release it into the body.​
This is what HIV does, too.
It was forbidden information, scrubbed from social media platforms, that SARS-CoV-2 shared genetic homology with HIV in some important sections.
"Racist". (Just how would a section of HIV viral code get inserted, functionally intact into a coronavirus?)
The South China Morning Post has this story.
https://www.scmp.com/news/china/science/article/3086177/coronavirus-uses-same-strategy-hiv-dodge-immune-response-chinese

Medcram Covid-19 update 75 looks at pathological findings on autopsy of lungs of people dying from COVID, Influenza-linked-ARDS, and unrelated causes. The significant finding is high levels of inflammation of viral infected cells lining the tiny arteries and capillaries, and that many of these critical little capillaries are clotted off by the inflammatory response to the viral attack. This response is unique to the COVID infected lungs.
The blood vessel lining, "endothelium", is the significant area of attack that determines the patterns of disease, distress and death which we are seeing.
https://www.medcram.com/courses/take/coronavirus-outbreak-symptoms-treatment/lessons/13157197-update-75-covid-19-lung-autopsies-new-data

In Brazil and other poor countries, lots of young and previously "healthy" people are dying from COVID. The factors leading to this are presumed in this article. I really want to know, myself, precisely what is happening in those people's bodies, and how to prevent and counter it. (What are their vitamin-D levels, please? For starters.)
https://www.washingtonpost.com/world/the_americas/coronavirus-brazil-killing-young-developing-world/2020/05/22/f76d83e8-99e9-11ea-ad79-eef7cd734641_story.html

India completely bucks the WHO, which has just told Malyasia to stop using hydroxychloroquine, even though Malaysia started early and has used it tremendously for the past months. Zinc is not mentioned, yet again...
​  ​India will continue using hydroxychloroquine (HCQ) as a preventative measure against COVID-19, after the Indian Council of Medical Research (ICMR) declared on Tuesday that the drug was found to be very effective with minimal side effects for prophylaxis.
​  ​The ICMR's decision was based on three studies they conducted, which resulted in a Friday advisory to expand the drug's use, according to ThePrint.
​  ​Speaking at a Tuesday press conference, ICMR Director General Dr. Balram Bhargava said "COVID-19 is an evolving field. We don’t know which medicines are working and which are not. There are lots of drugs that have been repurposed for use in COVID whether prophylaxis or as treatment. HCQ is a very old anti-malarial drug that was being widely used and it continues to be widely used. It is safer."

​Remdesivir does not appear to "save lives", but may shorten hospital course by a few days in a subset of moderately ill patients who need oxygen​. It does not appear to reduce viral load. It does not reduce case fatality rate.
DESPITE THE HYPE, GILEAD’S REMDESIVIR WILL DO NOTHING TO END THE CORONAVIRUS PANDEMIC
https://theintercept.com/2020/05/26/coronavirus-gileand-remdesivir-treatment/ 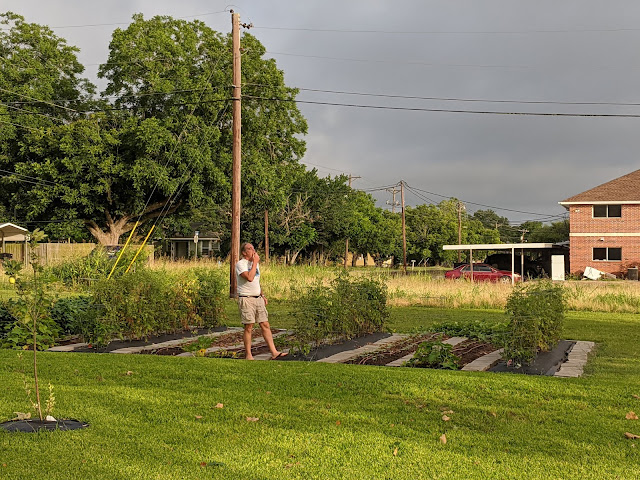