Caitlin Johnstone jumps us down another rabbit-hole:​
​ ​The New York Times has published an anonymously sourced report titled “U.S. Escalates Online Attacks on Russia’s Power Grid” about the “placement of potentially crippling malware inside the Russian system at a depth and with an aggressiveness that had never been tried before” which could potentially “plunge Russia into darkness or cripple its military,” with one anonymous official reporting that “We are doing things at a scale that we never contemplated a few years ago.” ...
​ ​“New laws, enacted by Congress last year, allow such ‘clandestine military activity’ in cyberspace to go ahead without the president’s approval. So, in this case, those new laws are protecting American interests… by keeping the sitting president out of the loop. What a (scary) time to be alive.” ...
The US war machine is the most powerful military force in the history of civilization, and the alliance of nations that it upholds is functionally the most powerful empire that the world has ever seen. Because so much power depends on the behavior of this gargantuan war engine, it is seen by those with real power as too important to be left to the will of the electorate, and too important to be left to the will of the elected Commander-in-Chief. This is why Americans are the most propagandized people in the world, this is why Russia hysteria has been blasted into their psyches for three years, and this is why we are all at an ever-increasing risk of dying in a nuclear holocaust...
UPDATE: Trump now seems like he might be denying that what The New York Times’ sources said is happening is happening. It’s unlikely that the Times would fabricate a story whole cloth, so if Trump is in fact denying the story then either the sources are lying about what they’re doing in their own purported jobs, or Trump is still being kept in the dark, or Trump is just lying.
​ ​“Do you believe that the Failing New York Times just did a story stating that the United States is substantially increasing Cyber Attacks on Russia,” Trump tweeted. “This is a virtual act of Treason by a once great paper so desperate for a story, any story, even if bad for our Country. ALSO, NOT TRUE!​"​
https://caitlinjohnstone.com/2019/06/16/russia-experts-2017-prophecy-about-the-nuclear-threat-of-russiagate-is-coming-true/
https://www.zerohedge.com/news/2019-06-16/trump-excoriates-nyt-story-claiming-us-cyber-operation-against-russia-hidden-him

​Well, it happened to Venezuela recently, and everybody knew why...

​"This Has Never Happened Before": Millions Without Electricity After Massive Blackout Cripples Argentina And Uruguay
Millions of people and entire cities descended into darkness as a massive, unprecedented power failure kept Argentina and Uruguay in the dark on Sunday morning, the same day as provincial elections were to be held in parts of Argentina.
https://www.zerohedge.com/news/2019-06-16/has-never-happened-millions-without-electricity-after-massive-blackout-cripples

​ ​The “B-Team” consists of U.S. National Security Advisor John Bolton, Israeli Prime Minister (nee Dictator) Benjamin Netanyahu, Saudi Crown Prince Mohammed Bin Salman and the UAE’s Mohammed bin Zayed.
​ ​When we look seriously at the attacks on the oil tankers in the Gulf of Oman this week the basic question that comes to mind is, Cui bono? Who benefits?​ ​...
​ ​My friends say that Trump wants to end U.S. involvement in the Yemen war, but that Bolton has been insistent that the only way to guarantee the closeness of the U.S. relationships with Saudi Arabia and the United Arab Emirates is to keep providing those countries with weapons, aerial refueling planes, and intelligence support.
​ ​So, couple the attacks on these tankers with the timing of Abe’s visit and the vote on Rand Paul’s bill to end selling arms to the Saudis in support of their war in Yemen (which flew through the Senate thanks to this attack getting a number of senators to change their vote at the last second) and we have a perfect cui bono.
​ ​That’s the entire B-Team’s motives distilled down to a couple of drones flying in to create a casus belli which saves Bolton’s job, keeps the weapons flowing to the murderous Saudis and creates an opportunity for Netanyahu to feed Trump bad information via his ‘intelligence’ services.

​GULP!​
​ ​The Japanese government has been requesting the United States for concrete evidence to back its assertion that Iran is to blame for the attacks on two tankers near the Strait of Hormuz on Thursday, government sources said Sunday.

​What happens when political "troublemakers" disappear in China...
​The prisoner was brought in, tied hand and foot, but very much alive. The army doctor in charge sliced him open from chest to belly button and exposed his two kidneys. “Cut the veins and arteries,” he told his shocked intern. George did as he was told. Blood spurted everywhere. The kidneys were placed in an organ-transplant container. Then the doctor ordered George to remove the man’s eyeballs. Hearing that, the dying prisoner gave him a look of sheer terror, and George froze. “I can’t do it,” he told the doctor, who then quickly scooped out the man’s eyeballs himself.
“Chinese dissidents are being executed for their organs, former hospital worker says” by Stephen W. Mosher
https://sharylattkisson.com/2019/06/organs-from-chinese-prisoners-harvested-insider-account/

Beijing has yielded to Hong Kong’s unique economic status. Carrie Lam, chief executive of the special administrative region, on Saturday indefinitely suspended a bill that would have allowed extradition to the mainland, responding to mass rallies and violent street protests that rocked the city. It’s a defeat for her, and leaves the central government embarrassed. But for the Chinese Communist Party, preserving Hong Kong’s financial role still trumps the desire for more political control.
https://www.reuters.com/article/us-hongkong-extradition-delay-breakingvi-idUSKCN1TG056

​2 million people protesting in the streets, after they already "won". What could possibly motivate this?​
Despite City Executive Carrie Lam's major concession to the protest movement - that is, the (not really) 'indefinite' suspension of the extradition bill that catalyzed the protests - a planned protest march went ahead as scheduled on Sunday, marking the second consecutive Sunday of street protests in Hong Kong.
Though they celebrated the defeat of the extradition bill, many believe Lam was too slow to apologize for siding with Beijing and fast-trafficking legislation that, according Congress, would jeopardize Hong Kong's independence. Now, millions are demanding that she resign, and have vowed to continue marching until she is gone.
https://www.zerohedge.com/news/2019-06-16/hong-kong-rocked-biggest-march-yet-after-extradition-bill-pulled-millions-demand
https://www.zerohedge.com/news/2019-06-17/lam-limbo-tensions-between-hong-kong-protesters-beijing-intensify

Say hello to the Russia-China operating system
The US ban on Huawei is pushing it to develop alternative systems that may rival Google and Android
G​oogle cuts Huawei off Android; so Huawei may migrate to Aurora. Call it mobile Eurasia integration; the evolving Russia-China strategic partnership may be on the verge of spawning its own operating system – and that is not a metaphor.
​ ​Aurora is a mobile operating system currently developed by Russian Open Mobile Platform, based in Moscow. It is based on the Sailfish operating system, designed by Finnish technology company Jolla, which featured a batch of Russians in the development team.
https://www.asiatimes.com/2019/06/article/say-hello-to-the-russia-china-operating-system/

One of the most current examples of this newly strengthened relationship between Beijing and Moscow is a new joint venture between state-owned shipping corporations in Russia and China to create a “Polar Silk Road” in the Arctic Sea. a year ago, officials in Beijing announced that China would be pursuing investment across the Arctic Route to encourage commercial shipping through the northern passage as a part of the country’s Belt and Road Initiative...
The new venture will ship liquefied natural gas from central northern Siberia’s gargantuan Yamal LNG project to a laundry list of destinations including Northern Europe, Japan, South Korea, and China. The initiative will begin with a fleet of a dozen ice-breaking tankers, and Cosco’s China Shipping LNG Investment Co. will reportedly operate another nine tankers.
https://oilprice.com/Energy/Energy-General/The-Polar-Silk-Road-Could-Be-A-Gamechanger-For-Natural-Gas.html

​The End of the Supergiants
(They put in a fracking rig with dormitories and big, bright floodlights and ran it day and night where Hwy 183 intersects Hwy 111, about 11 miles from Yoakum. Very impressive. Jenny took pictures at night. Looked like a moon shot. It was completely gone, already 2 days ago when we drove by. Fracking is really expensive. They have to keep those men and machinery moving constantly.)​
Giants represent about 1% of the total number of oil fields and yet produce over 60% of conventional oil crude.[3]Very few real giants have been discovered in recent years. The geology of the planet is now known well enough and prospects for new significant giant oil discoveries are known to be low.  In recent decades, discoveries of smaller oil fields have not been able to compensate for the eventual loss of the giants. Figure 1 illustrates the matter. It shows the net flux of addition to reserves per year (additional volumes less volumes used). Since 2010 the steep declining trend has worsened. The level of new discoveries per year is now only about 5% of yearly reserves depletion. That is, since the late 1970s the oil industry has been steadily depleting its stock-in-trade at a rather fast rate.
The fact that Ghawar is in terminal decline means that we must consider that most of the old giants are in a similar situation.  Some were already known to be in a terminal status, e.g. Cantarell in Mexico or the main North Sea fields.[4]  However, there is a paucity of recent public data on giants.  The matter of their depletion status is commercially sensitive 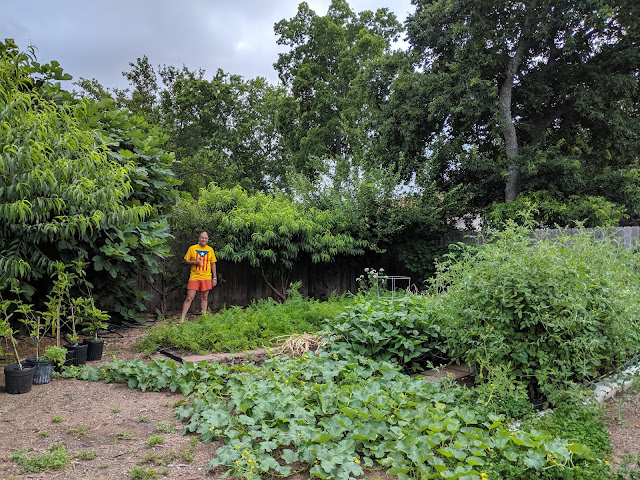