​Historical transitions are completely insecure. No assurances exist. No comfort zone. Root hog or die.
How much daily insecurity are we used to?
One of our main goals in life is to be more secure, to save resources for times of need, to be well liked socially, to have good clothes, a good roof over our heads, and a warm hearth, surrounded by loving family.​
Nonetheless, economic resets must periodically be worked out by all the economic participants, in all of the critical classes: Production and Transport, Management/Organization, Politics, Resource-Allocation and Enforcement. (That's just my own quick division of economic segments. I'd lump religion with politics, for instance.)
All of us could be more conversant with production, especially kitchen-gardening, the intimate scale.
Below is a picture of me before work, October 1, at one end of the long break-patio at People's Community Clinic, It shows about half of the vegetable garden I grow there for my coworkers. My purpose growing vegetables at work, is to create familiarity with that core human activity, to provide a chance to get some vegetables in season, and to understand how a garden progresses through the seasons and years.
Vegetable gardening provides the kind of security that comes from knowing the context intimately. It's well aware of all of the limitations and weaknesses that inherently exist. It is not like the blind faith that "we" can transition to "completely renewable energy" by 2050, for instance.
One of the classes of people which is still being supported by global financial capitalism is the managerial class, that I include second in the list, those who provide structure and order to the fundamental processes of our economy, roughly the top 10% of wealth, minus the 1-2% at the tip.
I'm in that demographic, as you likely are. We can't feel too easy; at least I do not. I'm in the business of understanding humans, their problems, diagnosing what is wrong, and finding inroads to improve and heal what is failing.
I believe that American and global economies broke away from the paradigm of sustainable economy in the early 1980s, started lying about the future, which was well-received, and started a Ponzi scheme for all forms of retirement plans, keeping up payments from current receipts, while gutting the productive assets, and protecting them from the future claims of society, under private ownership.
The problems inherent in that are myriad. "Ownership" exists within the context of a pervasive social-contract. The "owners" assume this will always exist for them, despite their covert embezzlement of all the cookies from the jar.
They pay the enforcers and managers and transport people, don't they?
They are the masters of resource-allocation, are they not?
They have lots of product saved up for bad times, and protected in bunkers, right?
The problem is that the economy still needs productive workers, even though automation is so vast and pervasive. Workers and managers who are directly engaged in production have a working bond, that does not extend to bankers.
Which side do the police and army take?
Historically, they side with the bankers until they change sides and the revolution succeeds.
They are never the banker's kids, after all...
At this point, we are forced to accept that there is actually an important societal role for Politicians. (Consider a writhing mass of earthworms in a manure bucket, which we don't really want to reach in and grab with both hands.)
All of our lives, the main paid-job of politicians has been to deliver the workers, managers and enforcers to the resource-allocators.
That's ending. It's entering transition.
The successful politicians in the next decade will convince the resource-allocators to allocate a lot less to themselves, in trade for some security, which will be gained from creating a new societal contract.
The new social contract will be viable under conditions of more expensive and scarce energy and natural resources, and the fouling of our nest, which we finally have to address 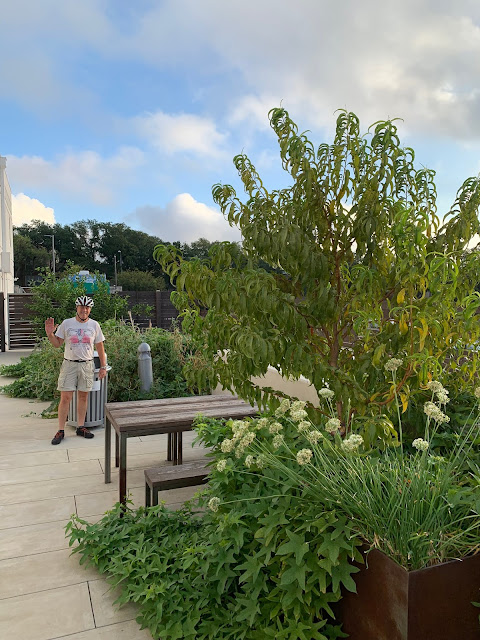 2020 is for all the marbles. The global capitalist ruling classes either crush this ongoing populist insurgency or … God knows where we go from here. Try to see it through their eyes for a moment. Picture four more years of Trump … second-term Trump … Trump unleashed. Do you really believe they’re going to let that happen, that they are going to permit this populist insurgency to continue for another four years?
​ ​They are not. What they are going to do is use all their power to destroy the monster … not Trump the man, but Trump the symbol. They are going to drown us in impeachment minutiae, drip, drip, drip, for the next twelve months. The liberal corporate media are going to go full-Goebbels. They are going to whip up so much mass hysteria that people won’t be able to think. They are going to pit us one against the other, and force us onto one or the other side of a simulated conflict (Democracy versus the Putin-Nazis) to keep us from perceiving the actual conflict (Global Capitalism versus Populism). They are going to bring us to the brink of civil war in order to prevent civil war. And, if that doesn’t work, and Trump gets reelected (or if it looks like he’s going to get reelected), they’ll probably have to just go ahead and kill him.
​ ​One way or another, this is it. This is the part where the global capitalist ruling classes teach us all a lesson. The lesson they intend to teach us is the same old lesson that masters have been teaching slaves since the dawn of slavery. The lesson is, “abandon hope.” The lesson is, “resistance is futile.” The lesson is, “shut up, eat your tofu, get back to work at your three gig jobs, service your school loans and your credit card debt, vote for who and what we tell you, and be grateful we don’t fucking kill you.

Former Israeli Intel Official Claims Jeffrey Epstein, Ghislaine Maxwell Worked for Israel
​ ​A recent interview given by a former high-ranking official in Israeli military intelligence has claimed that Jeffrey Epstein’s sexual blackmail enterprise was an Israel intelligence operation run for the purpose of entrapping powerful individuals and politicians in the United States and abroad.​   ​by Whitney Webb​   (Thanks for the link, Cat)​

​How Bill Clinton and American Financiers Armed China, Matt Stoller
Really clear and informative article about selling the future for immediate personal gain, which has been the gravy train for politicians. China has been a huge client with deep pockets.​
https://mattstoller.substack.com/p/how-bill-clinton-and-american-financiers

​Crash Course, How Boeing's Managerial Revolution Created the 737 Max Disaster
(The safety-first engineers got taken out of management in the 1990s, replaced by value-extraction-for-shareholders managers with no real comprehension of killing people by accident. Thanks Dan)
​https://newrepublic.com/article/154944/boeing-737-max-investigation-indonesia-lion-air-ethiopian-airlines-managerial-revolution?src=longreads&utm_source=Longreads+Newsletters&utm_campaign=ff6a9b4fd0-Longreads_Top_5_September_20_2019&utm_medium=email&utm_term=0_bd2ad42066-ff6a9b4fd0-241695993&mc_cid=ff6a9b4fd0&mc_eid=5099895308

​Another "Carrington Event" is going to destroy the power grid and internet, and all radio transmissions. I just don't know when. Nobody does. These solar-electrical-storm events are not rare compared to the length of a human life or two.​
https://www.scientificamerican.com/article/new-studies-warn-of-cataclysmic-solar-superstorms/

Handling Worms
Posted by John Day at 10:00 AM