First: Corrections on Kyle Rittenhouse story, with thanks to veteran co-oppers Marjorie and Kelso:
There was one armed man that Kyle allegedly shot, the last, not the first, and that was the man wounded in his right arm.
The police complaint is here: https://bloximages.chicago2.vip.townnews.com/journaltimes.com/content/tncms/assets/v3/editorial/4/6f/46ff33b7-0bd7-55e6-8f2f-9ded0582862f/5f4933274cde9.pdf.pdf
It is a clear presentation of the allegations, and is better compiled than news stories I've seen.
It seems certain that Kyle Rittenhouse was a minor in illegal possession of a firearm. It seems clear that he was out after curfew.
The narrative of the reporting officer is well detailed, and includes evidence of videos, cell phone conversation, and reporter McGinnis, who was walking with Rittenhouse after an initial interview.
As they walked, people in the crowd recognized Rittenhouse from earlier in the night, when he was in a defensive position at a mechanic's shop, opposing their advance to the shop. The crowd called out to each other about him, coalesced and began to follow Rittenhouse.
Rittenhouse first tried to flee the crowd, but was followed, then chased by the crowd.
It appeared to the witness, McGinnis, that Rittenhouse shot Rosenbaum as Rosenbaum lunged in an attempt to grab the gun.
Rittenhouse then resumed his flight from the crowd as McGinnis, the reporter, tried to render first aid to the dying Rosenbaum.
The crowd continued to chase Rittenhouse, calling out encouragement to each other to get him.
One of the men punched him in the head, knocking off his hat.
Later in his flight, he fell to the ground. A man rushed to jump at him, jumped over him and Rittenhose fired 2 shots, missing him. That man left.   Anthony Huber ran up to Rittenhouse, who was lying on his back, armed.
Huber tried to disarm Rittenhouse and hit him with a skateboard. It seems that Huber's grab of the barrel of the rifle aimed it at himself, and Rittenhouse pulled the trigger as that happened, killing Huber immediately.
Rittenhouse assumed a seated position and was approached further by Gaige Grosskreutz, who held a handgun in his right hand. Rittenhouse shot Grosskreutz in the right arm, and Grosskreutz left.
Rittenhouse then rose and walked backward, facing the crowd, with the rifle held in ready position.

Not included in the report, but reported elsewhere, and consistently, is that when Rittenhouse approached the police vehicles, responding to reports of shootings, he raised his hands, and walked and ran towards them. He was told to keep moving.

How did 17 year old Kyle Rittenhouse have an AR-15, which was not his property, that night?
"A friend lent it to him." I think there is a lot more to that story. It may have been the friend who had let Kle pose with it a year or so before.
https://heavy.com/news/2020/08/how-did-kyle-rittenhouse-have-gun/

Thanks Colleen, I appreciate this video of Robert F. Kennedy Jr. speaking in Berlin last week, about the gap in US legal protections that completely exempts vaccine manufacturers from studying or proving vaccine safety in any way. They enjoy a complete, blanket freedom from any legal liability, which Congress granted to them in the 1980s.
Kennedy also points out that never in history has power, once obtained by rulers, not been abused. The same holds true in any context. Kennedy makes the case that the liability-free status for 34 years has been an invitation to harmful actions, for profit, without any deterrence. Special above-the-law status has been part of what, in his expert opinion, makes the pharmaceutical lobby more powerful than the military or oil lobbies. Kennedy also points out the new and unprecedented power big pharma has just obtained, due to fear of global pandemic.
Please see minutes 2 to 19. This is outstanding, and worthy of his father, Robert and his uncle, John.
I sent a donation to Children's Health Defense.
Robert Kennedy Jr. is Pro-Safe-Vaccines.
https://childrenshealthdefense.org/news/robert-f-kennedy-jr-holds-a-press-conference-in-berlin-after-launching-chds-europe-chapter/?cn-reloaded=1

Alistair Crooke writes about the fork in the road, of two paths, not Republican or Democrat, by the way. That's just one path. Thanks Eleni.
​  ​One of them, is the path that only the initiate (who now, is ‘aware’) is able to follow: that leads to Life – real life. The other is the path to forgetfulness – of a descent towards sleep and ultimately to torpor, as one of the ‘walking dead’.
​  ​Knowledge about these paths customarily was maintained as a mystery. The details were hidden in the riddles of initiation. But these latter were all intended to hint to initiates at a reality very different from the one they took for granted. And the clue to ‘that’ at which the ancients were hinting, lies with a path leading to life, rather than one compelling us to hunt after some illusory ‘realness’ – whether it is the compelling myth of endless, debt-led prosperity, or some Orwellian universal techno-future. Both artifice are powerful, in their own way.
​  ​It is not however a matter of which artifice is more, or less close, to real, than any other. The point is: you cannot approach, cannot get to, the real in this way. It is no ‘path’. These are just two illusions; two illusory ‘reals’, amongst many. There is no Schwabian – ‘ready or not’, ‘new world’ about to descend upon us. Just, maybe a different way of being human, amidst digital tools.
​  ​The ‘other path’ – a path less mentioned – is a return to simplicity. And to finding an inner ‘sovereignty’

​More Alastair Crooke from Eleni. The Great Reset is quietly underway​, but not peacefully underway. Nations are not yet rolling over for globalism.
5G standards are an early battlefield. Digital central bank currency is a given, but also smartphone-digi-dollars-direct to Americans from the Fed.
​  ​Firstly, America has already started down the path towards a nationalised (centrally-managed) economy – rather like China’s. The Treasury and Blackrock Hedge Fund, (who manage the Congressional bails out distribution on behalf of the Treasury), now make the (economic) life-or-death decisions for U.S. businesses – from the very big, down to the very small.
​  ​This is a ‘great reset’. And like most temporary measures, it is likely here to stay. What’s not to like from the U.S. President’s point of view? He controls ‘money’ issuance now that the Treasury and Fed effectively are fused together, and can ‘steer’ the U.S. economy in a ‘national-interest’ direction during its tech war with China (and Europe). Free markets? They do not exist in America at this point.
​  ​Secondly, this financial war is already underway, and China will likely use its CIPS (financial clearing system) and its Central Bank initiated digital yuan (already in use) to circumvent SWIFT and the USD.​..

​  But the U.S. Establishment is deeply split: Yes, there is a powerful, Wall Street, globalist component who support Davos, but others in the Deep State, including some amongst the neo-cons, would rather die-in-a-ditch than see U.S. dollar hegemony lost​...​
https://www.strategic-culture.org/news/2020/08/24/the-quiet-american-reset/

​Eleni also sent this article by Matthew Ehret, who is a good writer, and does his investigative homework That is of great worth.
In his concluding statement, after rightfully describing and denouncing financial elite interventions to choke-to-death the Canadian economy, and all linked global economies​, Ehret makes a leap, with which I fundamentally disagree. We do not live in "an open system", but the closed system of global planetary limits of air, water, soil, plant life and animal life. That is something that we must accept. I agree that the forms of capitalism that brought us to this point are destructive, but we have a double job to do in creating a new economic mode, and also halting and disabling the voracious and anti-life capitalist machine, which supports us all. It's thorny and complicated.
The Carney/Freeland “Green Reset” Shapes Canada’s ‘New Normal’
​  ​The uncomfortable fact which too many commentators tend to run away from out of fear, ignorance or intellectual dishonesty, is that the world financial system is sitting on the verge of a global financial meltdown of a $1.2 quadrillion derivatives time bomb which former Bank of England Governor Mervyn King stated in September 2019 is on the verge of “financial Armageddon”. This grim reality was known long before the COVID pandemic was launched during October 2019’s Event 201.
​  ​It is this oncoming financial meltdown that underlies the war drive against China which certain western geopoliticans fear will shape the new system which they sought to control. France’s Bruno Lemaire laid out this fear in the most candid way in July 2019 when he said “unless we are able to reinvent Bretton Woods, The New Silk Roads might become the new world order”. (1)
​  ​So what role does Canada play in this and how does this affect the shakeup in the current Canadian government? Why would Chrystia Freeland, a Rhodes Scholar more proficient in regime change than banking, be given the reigns of Canada’s economic order during these trying times?
https://www.globalresearch.ca/carney-freeland-green-reset-shapes-canada-new-normal/5721843

​Michael Hudson is excerpted here in a chapter from​ the new book, in which he shares authorship with Congresswoman and Green Presidential Candidate, Cynthia McKinney and "Our Girl Helen" of Destroy. "When China Sneezes" We enter as global coronavirus pandemic (traditionally and "act of god", whoever did it) ravages economies everywhere, rendering  so many debts unpayable and unserviceable, that the system cannot continue normal operation, and huge swaths of most societies face loss of homes, farms, property and livelihood.
​  ​At issue is who will lose when employment and business activity are disrupted. Will it be creditors and landlords at the top of the economic scale, or debtors and renters at the bottom? This age-old confrontation over how to deal with the unpaid rents, mortgages and other debt service is at the heart of today’s virus pandemic as large and small businesses, farms, restaurants and neighborhood stores have fallen into arrears, leaving businesses and households – along with their employees who have no wage income to pay these carrying charges that accrue each month.
​  ​This is an age-old problem. It was solved in the ancient Near East simply by annulling these debt and rent charges. But the West, shaped as it still is by the legacy of the Roman Empire, has left itself prone to the massive unemployment, business closedowns and resulting arrears for these basic costs of living and doing business.
​  ​Western civilization distinguishes itself from its Near Eastern predecessors in the way it has responded to “acts of God” that disrupt the means of support and leave debts in their wake. The United States has taken the lead in rejecting the path by which China, and even social democratic European nations have prevented the corona virus from causing widespread insolvency and polarizing their economies. The U.S. corona virus lockdown is turning rent and debt arrears into an opportunity to impoverish the indebted economy and transfer mortgaged property and its income to creditors.
​  ​There is no inherent material need for this fate to occur. But it seems so natural and even inevitable that, as Margaret Thatcher would say, ​"​There Is No Alternative​"​.
But of course there is, and always has been. 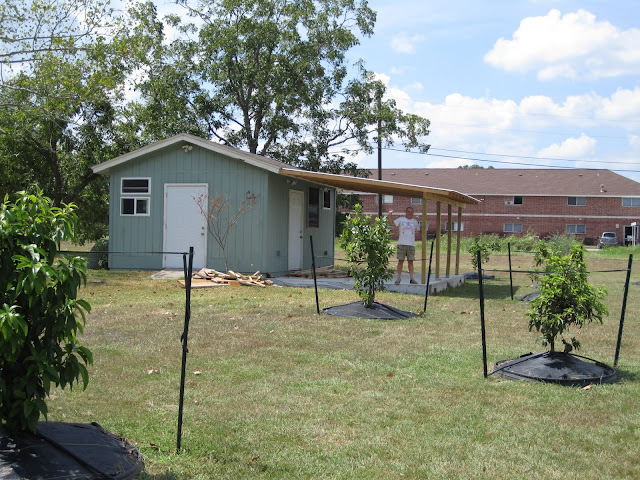