Here is a medical grand rounds video, and you might safely skip the first 10 minutes, then skip along through the rest as it gets redundant for you. This is aimed, mainly , at those who have not been keeping up with Ivermectin treatment for COVID.
Speaker: Pierre Kory MD (Front Line COVID-19 Critical Care Alliance-USA)
https://www.youtube.com/watch?v=n2MlliaLC0A&feature=youtu.be
Here is the treatment protocol. I'd use more vitamin-D. It is hard to get levels up, as I posted in Vitamin D Christmas last week.
I also think that dosing zinc 3 times per day will keep blood levels up better, and quercetin should likely be twice or more per day for the same reason. Quercetin helps zinc get into infected cells.
https://covid19criticalcare.com/i-mask-prophylaxis-treatment-protocol/i-mask-protocol-translations/ 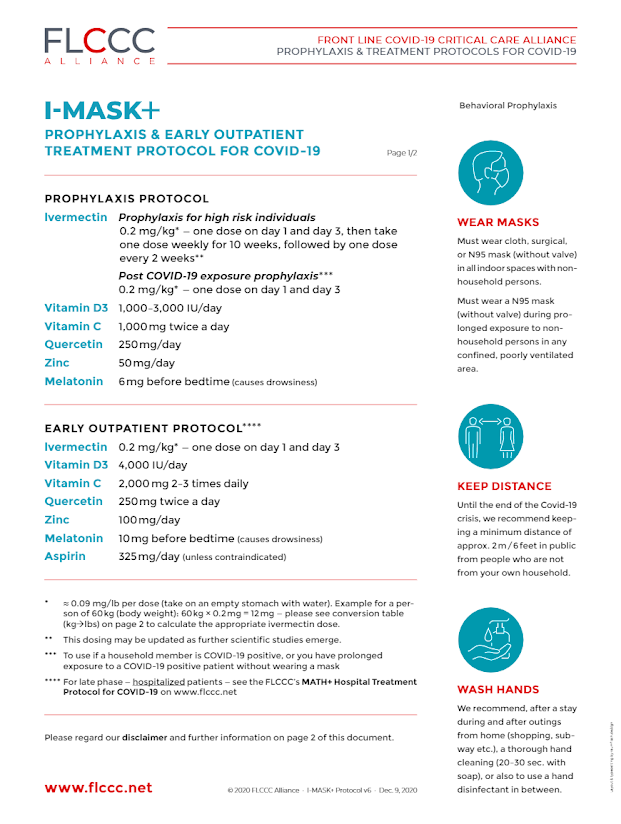