This video looks specifically at how elites use repetitive waves of crisis & confusion to create cognitive dissonance, to which they offer relief with a mass delusion, like "Life will be normal"...after The-Donald is gone; after everybody gets the v...... , insert next mass-hypnotic-command...
"Mass Psychosis"  is a short Jungian how-to video on "Totalitarianism", which is not yet an AI-Censorship word.
Thanks to Anonymous-in-Finland!
https://www.youtube.com/watch?v=09maaUaRT4M
Tessa Lena has a short story about how "fully vaccinated" people in Europe are having-vaccine-passport burning protests,
which reminds me of draft-card burnings in 1969.
This is a slap-in-the-face to a weak narrative.
https://tessa.substack.com/p/liberte
Let's Talk Delta:
​   ​I’ll try to make it simple. Before the first jab went into the first arm and could do anything Covid-19 had peaked in the United States in most areas. Remember that the rule is “two weeks from first shot to second, then two weeks to have protection.” The CDC, Trump and then Biden all took credit for something that the vaccines did not do. What did it? Covid originally had an R0 of about 3. That means you need 1 – (1/3) or about 66% of the people to be immune by either infection of vaccination before the case rate would fall. The CDC claimed we had about 33 million infections and somewhere between 4 and 11 not diagnosed for each one that was. Well, it wasn’t 11 because that’s more people than exist in the US.
​  ​But if it’s six, more or less up the middle, then we were for all intents and purposes at herd immunity.
Rah-rah-rah-rah vaccines are the reason we’re saved. Nice try; the evidence is that the vaccines don’t work well at all.
https://market-ticker.org/akcs-www?post=243182
​Gardening Without Facebook
(Jenny pictured with Fairy Squash, basil and banana plant this morning)​ 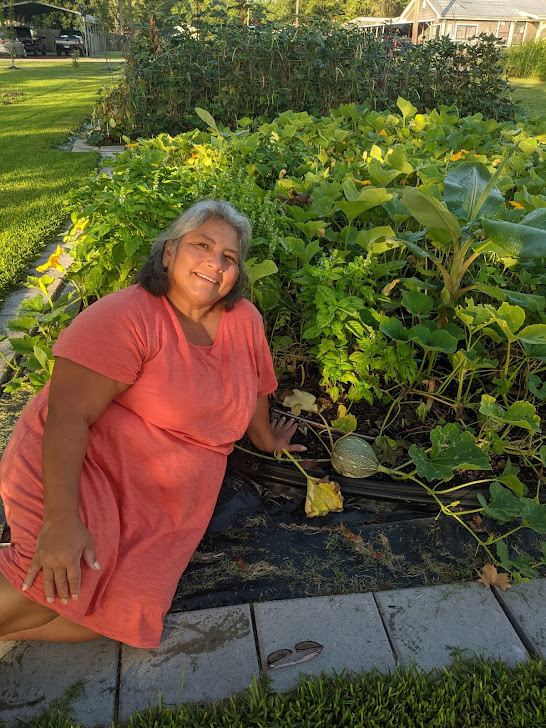