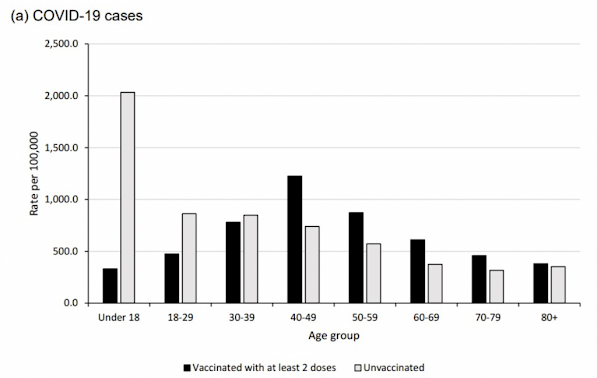 ​  ​To date, about 50 studies – among them about 30 randomized controlled trials and about 40 peer-reviewed publications – have been done on the use of ivermectin against covid. Most of these studies found that the use of ivermectin was associated with a positive outcome, such as a reduced risk of infection, hospitalization or death (see chart above; not all of these results were significant).
​  ​Based on these studies, several meta-analyses computed positive results, too. Most recently, a WHO-supported meta-analysis of 24 randomized controlled trials found a 56% mortality reduction overall and a 70% mortality reduction in patients who received early outpatient treatment.
https://swprs.org/the-ivermectin-debate/
​This looks good. Lets see what cancer rates and incidence of birth defects in offspring of recipients look like in 7 years. HCQ and ivermectin will do, for now.
Merck and Ridgeback’s Investigational Oral Antiviral Molnupiravir Reduced the Risk of Hospitalization or Death by Approximately 50 Percent Compared to Placebo for Patients with Mild or Moderate COVID-19 in Positive Interim Analysis of Phase 3 Study
https://www.merck.com/news/merck-and-ridgebacks-investigational-oral-antiviral-molnupiravir-reduced-the-risk-of-hospitalization-or-death-by-approximately-50-percent-compared-to-placebo-for-patients-with-mild-or-moderat/
​"Rationalism" in US foreign policy?​ Now?  "Just try not to lose the world's leading chipmaker to the ascendant Chinese empire.".. Thanks Eleni.
​  ​Elbridge Colby, who was in Trump’s Pentagon helping devise its national defence strategy, has a new book, The Strategy of Denial: American Defense in an Age of Great Power Conflict, making the case for a foreign policy that leaves the post-9/11 era clearly and decisively behind. The outer circle of the ‘periphery’ reduces to over-horizon, necro-tech management, and the ‘near provinces of empire’, such as Europe are dismissed as ‘sideshows’ to the main event – China. To focus on Iran or North Korea, he says, is simply misguided.
​  ​It is “a realist’s book, laser-focused on China’s bid for mastery in Asia as the 21st century’s most important threat”, Ross Douthat writes in the NY Times. “All other challenges are secondary: Only China threatens American interests in a profound way, through a consolidation of economic power in Asia that imperils our prosperity and a military defeat that could shatter our alliance system. Therefore, American policy should be organized to deny Beijing regional hegemony and deter any military adventurism — first and foremost, through a stronger commitment to defending the island of Taiwan”.
​  ​The Strategy of Denial presents a particularly unsentimental version of a rapidly consolidating Washington consensus. Biden’s speech justifying withdrawal from Afghanistan, in terms of an end to nation-building and focus on counter-terrorism – albeit more softly spoken – said the same as Colby.
https://www.strategic-culture.org/news/2021/09/27/china-cold-war-will-unstick-america-glue/
​"You want your cash; you can keep your cash"​  (heh, heh, heh...)
Fed Prepares To Launch "Review" Of Central Bank Digital Currency That Could Render Cash, Privacy Obsolete
​...​Chairman Powell has done his best to push for caution, arguing that it's more important to "get it right" than be "first to market". Put another way: who cares if the PBOC roles out the "e-RMB" first? The dollar's role in the global financial system is much greater, which means the US is obligated to proceed with more trepidation.
​  ​Powell and others have said repeatedly that the Fed's research so far has been early and exploratory. Powell has also pointed to the fact that many Americans still use and prefer cash. Most importantly, Powell has addressed concerns that a CBDC would effectively allow the Fed to monitor the finances of every American.​    (I'm not reassured by that statement Powell made. He didn't say what they would actually do. He might feel uncomfortable.)​
​  ​"It’s our obligation to do the work both on technology and on public policy to form a basis for making an informed decision,” he said last month.
https://www.zerohedge.com/crypto/fed-prepares-release-report-fedcoin-could-render-cash-obsolete
​What could go wrong? They'll just patent some designer hallucinogens , make them a little addictive, and short-acting so you can get right back to work.​
The ‘Psychedelic Renaissance’ Is Entirely About Corporate Greed​,​​ Caitlin Johnstone​
​  ​“Money has begun flowing into companies intending to monetize psychedelic therapy as new research has increasingly shown that blowing one’s mind can alter it for the better,” reads a new article for the Los Angeles Times titled “Money is pouring into psychedelics. Meet the mystical hedge fund investor bankrolling the boom.”
​  ​“This scientific and commercial excitement rests on research showing that psychedelics can supercharge mental health treatment for PTSD, depression, anxiety, addiction, and other chronic ailments of the mind, enabling patients to dive deep, confront their traumas and — a rarity for mental illnesses — return healed,” the article reads. “That goes for synthetic chemicals such as MDMA and ketamine as well as plant-derived drugs such as psilocybin (the active ingredient in magic mushrooms), the South American plant brew ayahuasca, and the West African root-derived substance iboga.”​ ...
​  ​Terence McKenna once said, “Psychedelics are illegal not because a loving government is concerned that you may jump out of a third story window. Psychedelics are illegal because they dissolve opinion structures and culturally laid down models of behaviour and information processing. They open you up to the possibility that everything you know is wrong.”​ ...
​  Psychedelics are useful not for the hallucinations they provide but for the hallucinations they remove. At the shallower end of the pool they can help dispel the psychological illusions which feed into our depression, anxiety, and PTSD. At the deep end they have the potential to remove our fundamental hallucinations about ego, mind, separation, and consciousness. The gamble appears to be premised on building a high fence to keep everyone playing in the shallow end of the pool, where they are useful.
https://caitlinjohnstone.com/2021/10/04/the-psychedelic-renaissance-is-entirely-about-corporate-greed/
​Experienced
Posted by John Day at 6:31 AM