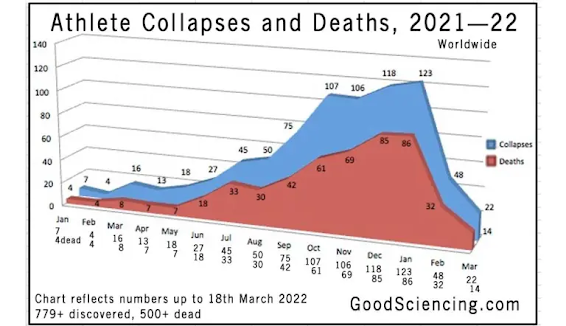 Horowitz: What did Pfizer know and when? 3 important findings from recent document releases
It’s no longer OK for elected officials to mindlessly repeat the bromide “safe and effective” without any reflection about the mass injury we’ve witnessed, along with the waning and the negative efficacy, in itself, engendering calls for endless boosters. We have so much information that raises serious questions, not the least of which is from Pfizer’s own documents, now ordered released by a federal judge...
​(They sure did have to hire a lot of new people to write down all of the deaths and injuries...)​
https://www.theblaze.com/op-ed/horowitz-what-did-pfizer-know-and-when-3-important-findings-from-recent-document-releases
​Meryl Nass MD, from last August, when the "vaccines" were already known to kill people and weaken their immune systems.
2 Things Mainstream Media Didn’t Tell You About FDA’s Approval of Pfizer Vaccine
​https://merylnass.substack.com/p/2-things-mainstream-media-didnt-tell?s=r
Data points to Increased Mortality of the Vaccinated: Canada and Israel Are Suffering from “A Pandemic of the Fully Vaccinated”
https://www.globalresearch.ca/data-canada-israel-suffering-from-pandemic-fully-vaccinated/5776870
"Amyloidosis" is a collagen vascular disease, which can be caused by the mRNA "vaccines". How?
It looks like the "amyloid" clogging up the blood vessels and organ tissues is Spike Protein.
When they made the mRNA "vaccines" they were worried that the body would not make enough spike protein, or for long enough, to get a good immune response, so they made sure that the mRNA in the cells, coding to make spike protein, would last longer than the Energizer Bunny, sometimes months... Ooops.
https://threadreaderapp.com/thread/1512243444659503104.html
Jack Maxey is in Switzerland for health reasons after an American General thanked him for forwarding the military security access codes from Hunter Biden's laptop, and informed him that he was a target of the deep state by that same virtue.
He's working on a further release of hard drive findings, including many "deletions", still contained in the hard drive.

Maxey tried to get the DoD to address the issue without success, until he found a direct conduit to a two-star general who took the certificate codes, deactivated the access and thanked him for his diligence.
Unfortunately, that same general then told Maxey he needed to focus on securing the safety of himself and his family, as the full weight of the U.S. interests, including the intelligence apparatus and defense apparatus, will likely target him.      https://theconservativetreehouse.com/blog/2022/04/08/primary-witness-to-material-within-hunter-biden-laptop-says-active-two-star-general-has-warned-him-about-pending-u-s-government-retaliation/

(Hereditary) Economist Pipa Malmgren speaks at the World Government Summit in Dubai, mentioning that her father was an economic advisor to Richard Nixon when Nixon took the US/world off the gold standard, giving her insights into how things work.  She predicts the near-term end of "money as we have known it", to be replaced by national blockchain digital currencies, which would record every transaction. She foresees a need to legislate human rights guarantees into this new system, which is inherently biased against individual humans. (I hope that works out, but I'd rather not trust that it will.)  https://www.globalresearch.ca/bombshell-video-economist-world-government-summit-says-new-financial-world-order-about-shift-dramatic-new-direction/5776919

Next Saturday, April 16, we will have a pre-Easter garden party at the Yoakum homestead, with local beer from the only real Texas brewery and veggies with zero-food-miles. We sent out invites, but if you read this, and want to attend, ask me for details. It's noonish at 202 Hefferman Street. Park on the dirt if it's dry. Bring something you cooked or prepared. We'll cook plenty of beans and rice.

Prepper  (pictured with some fresh carrots) 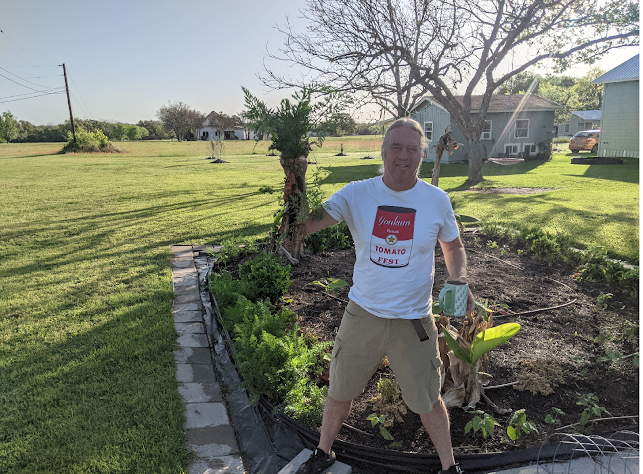