What is "Russian soil"? What is "Ukraine"? Hit it with HIMARS and find out?
Kiev will not hesitate to attack Russian soil if it deems it necessary, Aleksey Danilov, the head of Ukraine’s National Security and Defense Council, threatened during a live broadcast on Wednesday.
The security council closely follows all the missile and air strikes Russia launches against Ukraine, Danilov said, adding that Ukrainian authorities are well aware of all the locations in Russia from which the attacks have been carried out. Kiev possesses “enough political will” to order a strike against these targets if such a need arises, he added.
“If needed … anyone [in the government] will act without hesitation and sign anything that needs to be signed to destroy these objects,” Danilov said.
https://www.rt.com/russia/559739-ukraine-threaten-attack-russian-territory/
Russian forces have targeted an ammunition depot in Ukraine’s Dnepropetrovsk Region, destroying over 100 US-made HIMARS rockets, according to an update from Russia’s Defense Ministry on Wednesday.
“On July 24, a strike by Russia’s Aerospace Forces on an ammunition depot near the settlement of Lyubimovka, Dnepropetrovsk region, destroyed more than a hundred missiles for the US-made HIMARS Multiple launch rocket system,” the ministry’s report reads. It is also noted that up to 120 Ukrainian military personnel guarding the facility, as well as foreign mercenaries and technical specialists, were killed.
https://www.rt.com/news/559711-strike-destroys-himars-ammunition/
Medvedev shows a map of "Ukraine" as being everything within about 80 miles of Kiev, but nothing more than that.
Former Russian president presents future map of Ukraine
Medvedev offers Kiev a visual on its worst case scenario
https://www.rt.com/russia/559735-medvedev-ukraine-partition-maps/
Ann Pettifor writes a very good article on the financialized starvation weapon.
Grain Inflation: Starve the Poor, Feed the Rich
In a world of financialised globalisation, prices of food are not determined by the simplistic laws of supply and demand.
Prices are determined by a wall of money wielded by relatively few, invisible speculators and aimed at largely unregulated global grain markets.
https://annpettifor.substack.com/p/grain-inflation-starve-the-poor-feed/comments
Horowitz: Almost every single COVID death in Australian state was vaccinated
An Australian writer has collated the recent reports from New South Wales Health and found that out of 798 reported COVID deaths in the most populous Aussie state over the past eight weeks, just two of them might have been unvaccinated. For the latest full week ending on July 16, all 142 reported deaths were jabbed and 68% of them were triple-jabbed.
https://www.conservativereview.com/horowitz-covid-deaths-vaccinated-australia-2657732814.html
This is now a recurring theme.
Worldwide Monkeypox Health Emergency (PHEIC): For Bill Gates, It’s “Moneypox”: Simulation of Fictitious Monkeypox Virus Pandemic in March 2021, Goes Live in May 2022
https://www.globalresearch.ca/bill-gates-warns-smallpox-terror-attacks-urges-leaders-use-germ-games-prepare/5781195#popup-maker
​At Reduced Risk (illustrating why one should not go 5 days without harvesting the okra)​ 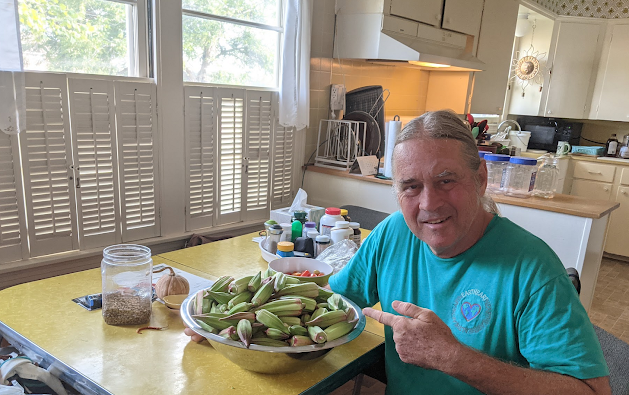