"Cast Thy Bread" looks at extensive Israeli biological warfare against Palestinian villages, often poisoning wells with infectious bacteria. Some of the references for this investigation are old, some private, and some from declassified Israeli state documents.
https://www.globalresearch.ca/cast-bread-israeli-biological-warfare-during-1948-war/5796767
"To An Athlete Dying Young", The sudden deaths of humanity's fittest.
https://petermcculloughmd.substack.com/p/to-an-athlete-dying-young
Meryl Nass MD reports that the CDC Advisory Committee on Vaccines will vote today, about now, on recommending COVID vaccines for children, which offers only harm, not benefit, based upon medical findings to date. It will absolve the vaccine manufacturers and their agents in government from liability, including the ongoing injuries and deaths to children and adults, which we reasonably expect.
https://merylnass.substack.com/p/cdcs-advisory-committee-on-immunization
Florida Surgeon General Ladapo says that the CDC decision will not change the stance of the state of Florida against COVID vaccination for children and men under 40 years of age, which is based on medical evidence that the vaccine-products do more harm than potential good in these population groups.
https://flvoicenews.com/ladapo-dismisses-cdc-vote-on-adding-covid-vaccine-to-childhood-schedule-nothing-changes-in-fl/
Jessica Rose Ph.D. looks at the gain-of-function research on COVID in a Boston level-3 lab (should be level-4 for this work), which causes 80% mortality rate in "humanized" mice, which are a good model for human illness. As we have already seen, this research took the very-infectious spike protein of Omicron, and coupled it to the body of the original Wuhan virus of January 2020. We know that this is a highly fatal combination, but what she points out, of special interest, is that this new chimeric virus aggressively attacked the brains and nervous systems of the mice, contorting and paralyzing their bodies in the process.
This efficiency at crossing the blood-brain barrier to attack the brain and spinal cord is a deadly new weaponized coronavirus super-power.
The lab objects that "this is not gain-of-function research".
https://jessicar.substack.com/p/this-new-pre-print-pretty-much-summarizes
Pepe Escobar, China: Xi gets ready for the final countdown
Escobar gives an in depth explanation of the meanings contained within Xi Jinping's 45 minute address to the Communist Party of China. Difficult times are foreseen, which hearkens back to the words of Mao Tse Tung. Escobar explains that the COVID-Zero policy is because China quietly sees COVID as an American bioweapon, or suite of related viral bioweapons. This is a view that I share, but I prefer India's approach, treating with ivermectin, zinc, doxycycline and vitamin-D.
https://strategic-culture.org/news/2022/10/18/china-xi-gets-ready-for-the-final-countdown/
Surplus Energy Economics looks at "The Dynamics of Global Repricing"
Real, physical economy has always closely tracked the use of fossil fuels, especially oil, but also coal and natural gas. Oil alone is an adequate surrogate.
Since 1980 there has been a divergence of financial economy from real economy, which has been more marked since 1990.
This divergence has accelerated since 2008, and must be realigned. The realignment will be taking place in a time of increasing costs of extraction of fossil fuels and declining net fuel availability, but with the most debt leveraged onto the future of any time in history. Energy will be required to pay this debt in the future, which is essentially not possible. The financial options for debt default are not directly discussed, but stagnant economy with inflation, "stagflation" is inevitable, and will continue long term. The leveraging of debt and reliance of societies upon the continued service of this debt by real economic production is worrisome for societies, as it is for indebted individuals and those depending upon retirement and investment income.
A steady decline in the ability of society to invest in industrial and infrastructure work will be a result of these changes. The loss of disposable income after necessary purchase of food and fuel by households will be another.
This amount of decline in the ability to make discretionary expenditures will be completely unprecedented in history, including the Great Depression and WW-2 period.
https://surplusenergyeconomics.wordpress.com/2022/10/19/242-the-dynamics-of-global-re-pricing/
Charles Hugh Smith casts this same trend as: Getting Rich Is One Thing, The Tricky Part Is Keeping It
"When $400 trillion in global credit-asset bubbles all pop, maybe there will only be $100 trillion in wealth sloshing around"
http://charleshughsmith.blogspot.com/2022/10/getting-rich-is-one-thing-tricky-part.html
Hoarding Onions  (featuring Jenny with an orange seedling just planted in a sheltered location) 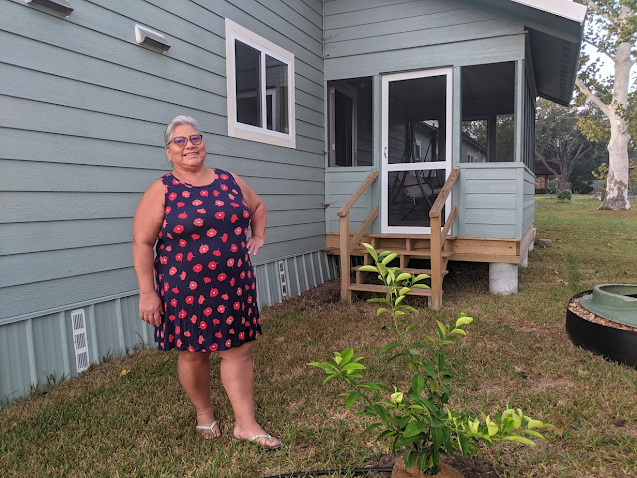