NYU Professor, Christian Parenti is no fan of Donald Trump (seems to loathe him), but spent insomniac nights during the election cycle watching Trump-stump-speech videos as an academic exercise.
Eleni sends these links about what people at the rallies actually heard, compared to what everybody watching TV heard. Really, fundamentally different things. Ready to understand why so many people who listened to Trump voted for Trump? (It's all transcript, no video, I promise.)
http://www.ianwelsh.net/why-many-people-love-trump/?utm_source=feedburner&utm_medium=email&utm_campaign=Feed%3A+IanWelsh+%28Ian+Welsh%29
http://nonsite.org/editorial/listening-to-trump

"The President-elect confirmed he is willing to normalize Russian-American relations. I told him the same. We did not discuss where and when we would meet", Vladimir Putin
http://www.zerohedge.com/news/2016-11-21/putin-confirms-trump-willing-normalize-russian-american-relations

And then there is this negotiating position to trade for something next spring. Russia moves nuclear missile systems and anti-missile systems toward Europe, to counter NATO threats.
http://www.zerohedge.com/news/2016-11-21/russia-deploys-nuclear-missiles-retaliation-nato-threats

Speak of "negotiations"; Donald Trump and Congresswoman, Tulsi Gabbard of Hawaii are meeting about now. The rumor is that Steve Bannon and Donald Trump like her stances on a lot of issues very well, and that she may be offered the UN Ambassadorship. She's populist, for real, and former active-duty military, and young, and hip, and articulate... (This would cut the legs out from under the Democratic Party as it tries to catch up to the populist bus it used to drive.) Thanks Joe and Tom.
http://thehill.com/homenews/administration/306989-trump-to-meet-with-dem-rep-tulsi-gabbard
Update: They talked: Gabbard, Trump and Pence. No announcements. Suspense!
http://www.sunherald.com/news/politics-government/election/article116168413.html

America is finally free of the "new liberalism" which corrupted the legacy of FDR's New Deal completely, and finished off that historical epoch. (New epoch beginning...)
https://www.theguardian.com/commentisfree/2016/nov/20/clinton-gone-silver-lining-trump-victory

"This president-elect is the most unique that I have experienced in one respect," he said: "No baggage. He has no obligation to any particular group because he has become a president on the basis of his own strategy and a program he put before the American public that his competitors did not present. So that is a unique situation.”  Henry (ugh) Kissinger
http://www.realclearpolitics.com/video/2016/11/20/kissinger_donald_trump_is_unique_he_enters_office_with_no_baggage_no_obligations.html

Republican lawmakers warn that there could be a major obstacle to enacting President-elect Donald Trump’s agenda: the national debt.
("Trillion-Dollar Platinum Coin", get out of debt-free, tempting... wait for it.)
http://www.zerohedge.com/news/2016-11-21/big-problem-emerges-donald-trumps-economic-plan

Vast Italian banking crisis (can only be resolved with massive losses and currency devaluation.)
http://wolfstreet.com/2016/11/20/italys-banking-crisis-debt-for-equity-swap-retail-investors-pay/
http://www.cnbc.com/2016/11/19/italys-banks-are-in-a-slow-motion-crisis-and-europe-may-pay.html

Beppe Grillo, of Italy's 5-Star movement is poised for the "political-amateurs" to be voted into power. “We want to govern, but we don’t want to simply change the power by replacing it with our own. We want a change within civilisation, a change of world vision."
http://www.euronews.com/2016/11/14/political-amateurs-are-conquering-the-world-beppe-grillo-tells-euronews

Dutch Euroskeptic movement may pull the plug on the EU as it pulled the plug on Ukrainian membership.

Its leading figures are Thierry Baudet and Jan Roos, who have close links to British euroskeptics. They have already scored one significant success: In 2015, they persuaded the Dutch parliament to adopt a law that requires the government to hold a referendum on any law if 300,000 citizens request it. They then took advantage of this law at the first opportunity to secure a vote that rejected the EU’s proposed trade and economic pact with Ukraine, which Brussels saw as a vital step in supporting a strategically important neighbor.  ( sorry, paywall)  http://www.wsj.com/articles/the-eus-new-bomb-is-ticking-in-the-netherlands-1479668148

Standing Rock Water-protectors get shot with rubber bullets and sprayed with fire hoses in freezing weather. Tribal elders are hospitalized with head injuries. (I can't activate a link sent by Hope about crop-dusters circling over the camp at night and spraying some unknown substance.)
http://www.zerohedge.com/news/2016-11-21/it-feels-warzone-400-north-dakota-pipeline-protesters-clash-police-167-injured 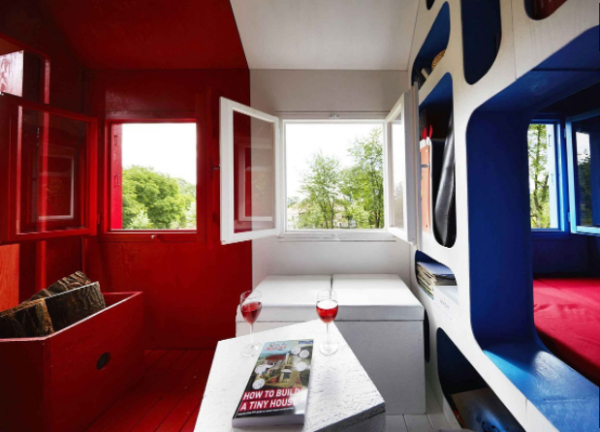 Rethinking the Box
Posted by John Day at 1:23 PM