Professor Anthony Hall has an article about Israeli torture of Palestinian prisoners of all ages, most often detained indefinitely without charges or trial or any particular rights. Israel is the illegal military occupying power of the world which these rightful citizens inhabit. No Israeli guard/interrogator has ever been charged with wrongdoing.
​ ​One example is Mahmoud Zakarner, 19, from Kabatya village. Mahmoud had his testicles smashed in front of his uncle in an effort to force his uncle to provide the names of those who participated in the killing of a collaborator in February 1988. Mahmoud is now paralyzed and unable to speak as a result...
​ ​The misrepresentation of 9/11 was used to infuse into US military policy the Israeli embrace of the strategy of so-called “pre-emptive war.” This policy of hitting targets immediately on the suspicion that combatants may be preparing attacks has oozed into many aspects of public policy. One of the casualties of the shift has been the legal presumption of innocence until guilt is proven. The sharp increase in rates of arbitrary detention followed by frequent rounds of torture of Palestinians provides a classic example of post-9/11 practice in Israel.​..

​ ​How much is torture used these days to draw from victims desired explanations to give the appearance of evidence for concocted narratives? The Global War on Terror originates in a concocted narrative supported with supposed evidence obtained through illegal torture. The ongoing Global War on Terror continues to require a steady stream of concocted narratives to give a steady stream of deceptions some resemblance to truth. Since torture victims can be terrorized into saying almost anything in order to make the pain stop, torture victims can easily be pressured to produce the false narratives needed to keep culprits in power.​..
​ Why is it that whenever and wherever torture is taking place, whether it be in Latin America, Abu Ghraib or the Balkans, Israeli individuals tend to have some involvement as protagonists. In the post-9/11 world the governments and companies of Israel have marketed themselves as leading practitioners of anti-terrorism, counter-terrorism. This claim is often justified by pointing to the Israeli experience of repressing the Palestinians​..​.
​ ​When the people of France discovered in the 1950s that torture was being inflicted by French soldiers on Algerian foes, the uproar was such that France itself was plunged into a chaotic state approaching the severity of civil war. So far the travesty of proliferating torture in our times, including in Israel and the USA, has yet to arouse the level of popular opposition it deserves. Of this crime against humanity Yara Hawari has written, “torture requires the total dehumanization of the person, and once that occurs the boundaries of degradation are limitless.”

​ ​A United Nations official says the U.S. is torturing Chelsea Manning with detention, in a letter to the U.S. government released Tuesday.
​ ​Nils Melzer, the U.N. special rapporteur on torture, accused the U.S. of torture by holding Manning in “civil contempt” of court for refusing to testify in front of a grand jury, in a letter sent in November.
​ ​Melzer says in the letter that the former Army intelligence analyst is being subjected to “an open-ended, progressively severe measure of coercion fulfilling all the constitutive elements of torture or other cruel, inhuman or degrading treatment or punishment.”
https://thehill.com/policy/international/human-rights/476351-un-official-says-us-is-torturing-chelsea-manning-with

It looks like US drones killed General Suleimani and a fair number of other people at Baghdad airport early Friday 1/3/20.​ I expect Iran to be very careful and patient in responding.​
https://www.zerohedge.com/geopolitical/rocket-attack-shuts-down-baghdad-airport-after-joint-us-iraqi-base-targeted

​Here is the situation in Iraq, as the US assassinated General Suleimani on Iraqi soil, with the usual collateral damage:
​ ​When on December 29 several missiles hit a U.S. base in Iraq and killed one U.S. contractor the Trump administration did exactly that. It bombed five sides at the Iraqi Syrian border hundreds of kilometers away from the original attack. Some 32 people died of which only nine were members of the of the Kata'ib Hezbollah group of the PMF. The others killed were Iraqi border policy men and regular Iraqi soldiers.
​ ​We immediately predicted that the incident was likely to end the presence of U.S. military in Iraq.
After the official mourning family members and comrades of the deceased soldiers stormed the perimeter of the U.S. embassy in Baghdad. They left yesterday after the prime minister guaranteed them that the Iraqi parliament would soon vote on a law that would evict all U.S. forces.
​ ​The U.S. has reinforced its embassy guards. It has airlifted an airborne infantry battalion to Kuwait and put another 4,000 troops on standby.
​ ​The Trump administration did not apologize for its attack on the Iraqi troops. Instead it appealed to Iraqi sovereignty, which it had broken when it attacked the PMF, when it demanded better protection for its embassy. Even today, with no demonstrators anywhere nearby, the U.S. was flying helicopters patrols over Baghdad. The Iraqis see that as a further insult.​..
​ The U.S. sees Iraq and Syria as the grounds on which it can fight Iran. Neither country wants to be in such a position.
https://www.moonofalabama.org/2020/01/what-will-the-trump-administration-do-when-iraq-asks-us-troops-to-leave.html#more

​Iran puts all forces on high alert. They know what is coming.
https://www.zerohedge.com/geopolitical/iran-deploys-f-14-fighter-jets-puts-ballistic-missile-bases-high-alert 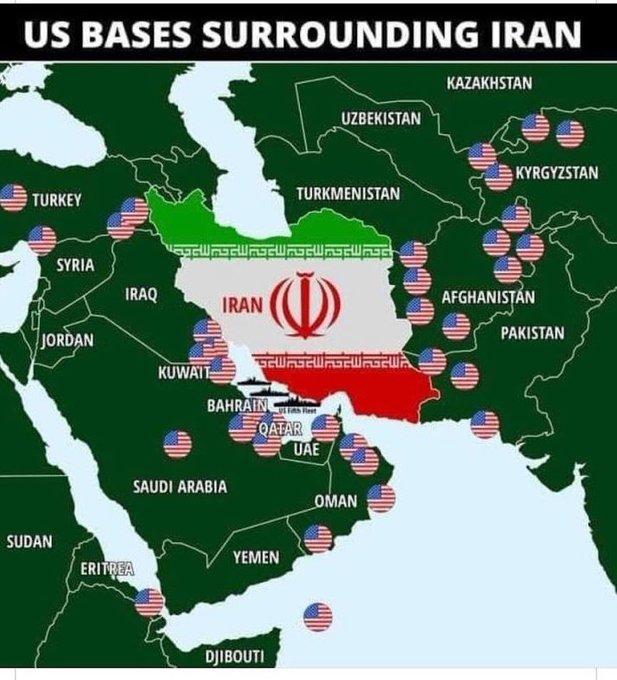 ​We know that God is patient, though...
​Iran's supreme leader, the Ayatollah Khamenei, warned in a statement that the "criminals" responsible for the death of a top Iranian general will face "severe revenge", and that his work fighting on behalf of the Iranian people "won't be stopped by his martyrdom," according to a statement published on Twitter.
https://www.zerohedge.com/geopolitical/ayatollah-vows-severe-retaliation-against-criminals-responsible-killing-iranian
​The fact is that recycling plastics has always been a scam and will always be a scam. It just allows the manufacturers and industrial users of disposable plastic products to keep increasing output into the world. We just need to stop using plastic packaging, plastic bags and disposable eating utensils. Do you remember before they existed? It will be a change in lifestyle. Eating in traffic will be over.
​https://www.treehugger.com/plastic/how-our-thinking-changed-2019-recycling-and-plastics.html

Choosing Responsibly
Posted by John Day at 6:47 AM