Year Of The Rat Fink

Belmarsh Prison inmates repeatedly protest solitary confinement torture of Julian Assange, resulting in his transfer to a regular cell-block with other dangerous criminals.
(Something of a victory for Julian. As an Australian, he'll have no freedom of speech or press in USA, USA, USA.)
​ ​Belmarsh is a notoriously harsh maximum-security prison full of violent offenders and prisoners convicted under anti-terrorism laws, one of many reasons that Assange supporters have so vigorously opposed his confinement there. What does it tell you about the society you are living in that this population has a superior moral compass to the people who are actually running things?

Thanks Eleni. How could such a terrible oversight have happened? What an embarrassment!
A French publisher has apologised after a history textbook that appeared in bookshops in recent weeks suggested the 11 September 2001 attacks were probably "orchestrated by the CIA"...
​ ​The textbook is described as a complete course on the last century in French, European and world history. It was written by Jean-Pierre Rocher, a teacher of history and geography and a graduate of the Sciences Po university in Paris, and aimed at Sciences Po undergraduates as well as students preparing for France's elite "grandes écoles".
​ ​Although the book came out in November, it was not until the daughter of one of the secondary school teachers bought a copy that one of them spotted the reference to the CIA.
​ ​On page 204 the author explains the context of the creation of the jihadist group, al-Qaeda and the "quadruple terrorist attack of 11/9 2001 on New York and Washington". He then makes the following statement.
​ ​"This global event - no doubt orchestrated by the CIA (secret services) to impose American influence on the Middle East? - hit the symbols of American power on its own territory."

​Michael sends this story about vast Iraqi street protests against American occupation.
​ Hashimi added that while U.S. forces are not welcome in the country, the American people in Iraq—most of them there on business—were.
"We don't want Americans to leave, we want the troops to leave," said Hashimi. "We want America to support our country but with contracts, not troops."
https://www.commondreams.org/news/2020/01/24/iraq-iraqis-hundreds-thousands-flood-streets-baghdad-demand-us-military-leave

Moon of Alabama politely points out to the Associated Press that Millions of Iraqis marched in the streets against American occupation, not "hundreds".
https://www.moonofalabama.org/2020/01/associated-press-sees-hundreds-where-pictures-show-millions.html#more
​Eleni sends this article from Eric Margolis, How The US Runs Iraq:
​ ​What ever happened to Iraq? Is it not an independent country with a democratic government thanks to the 2003 US invasion? So says Washington.
​ ​The murder of senior Iranian military commander Qassem Soleimani suddenly shone a strobe light on ‘independent’ Iraq, and what we saw was not pretty.
Welcome to the new Imperialism 101...
​ ​Combined with Saudi Arabia – also controlled by the US – Iraq gives Washington control of the bulk of Mideast oil. The US no longer relies on oil from the Mideast, being self-sufficient – at least for now. But dominating the Mideast gives the US huge influence over China, Japan, India, and Europe, all of whom import oil from there. This is the main pillar of US world power and the supremacy of the dollar.
https://ericmargolis.com/2020/01/how-the-us-runs-iraq/

​This is also important, in that same context. Thanks again, Eleni (in Athens).
​ Turkey may have stolen technical data that enabled it to send drill ship Yavuz at a specific location south of Cyprus that energy companies Eni and Total had pre-selected to carry out their own exploratory drilling, Cypriot officials said Wednesday.
The Cyprus government essentially confirmed a media report suggesting Turkey had somehow obtained studies carried out by Italian energy firm ENI prior to drilling for natural gas in an offshore field, block 8, off Cyprus’ south coast and in the Exclusive Economic Zone of Cyprus.
https://www.keeptalkinggreece.com/2020/01/22/cyprus-tyrjey-gas-drilling-block8-yavuz/

The western financial and military empire will be replaced, by what? Vladimir Putin has a general suggestion.
(Absolutely CAN'T let Trump do business with this megalomaniac! :-o)
​ ​Culturally, the disconnection from the traditional values that gave western civilization it’s moral fitness to survive and grow has resulted in a post-truth age now spanning over three generations (from the baby boomers to today’s young adults) who have become the most confused class of people in modern history losing all discrimination of “needs” vs “wants”, “right” vs “wrong”, “beauty” vs “ugliness” or even “male” and “female”.
​ ​Without ranting on anymore, it suffices to say that this thing is not sustainable.
​ ​So the question is not “will we get a new system?” but rather “whom will this new system serve?”
​ ​Will this new system serve an oligarchical agenda at the expense of the nations and people of the earth or will it serve the interests of the nations and people of the earth at the expense of the oligarchy?

​ ​Calling for Russia, the USA, UK, China and France to organize a new architecture that goes far beyond merely military affairs, Putin stated:
​ ​“The founding countries of the United Nations should set an example. It is the five nuclear powers that bear a special responsibility for the conservation and sustainable development of humankind. These five nations should first of all start with measures to remove the prerequisites for a global war and develop updated approaches to ensuring stability on the planet that would fully take into account the political, economic and military aspects of modern international relations.”​...
​  Although the world devolved into an Anglo-American alliance with FDR’s death in 1945, the other Bretton Woods Institutions which were meant to provide international productive credit to those large scale infrastructure projects to end colonialism were taken over by FDR’s enemies who purged the IMF and World Bank of all loyalists to FDR’s international New Deal vision throughout the years of the red scare.​..
​ Putin (just like FDR before him) knows that neither Britain nor Britain’s Deep State loyalists in America can trusted. Yet, in spite of their mistrust, they both knew that a durable world order could only be accomplished if these forces were reined in under a higher law imposed by the authority of truly sovereign nations, and this is why FDR’s post-war plans involved a USA-Russia-China-UK partnership to provide the impetus to global development initiatives and achieve the goals of the Atlantic Charter.
https://www.strategic-culture.org/news/2020/01/23/putin-calls-for-new-system-guided-by-un-charter-but-possible/

​They Killed King For The Same Reason They Killed Kennedy ("National Security" can't afford peace breaking out.)
​ ​There is no doubt what both John F. Kennedy and Martin Luther King Jr. would have thought about a type of totalitarian-like governmental structure that has led our nation in the direction of state-sponsored assassinations, torture, invasions, occupations, wars of aggression, coups, alliances with dictatorial regimes, sanctions, embargoes, regime-change operations, and massive death, suffering, and destruction, not to mention the loss of liberty and privacy here at home.
​https://www.fff.org/2020/01/20/they-killed-king-for-the-same-reason-they-killed-kennedy/

Bernie Sanders has 7 point lead in latest Iowa poll of Democratic voters.
"The Horror, The Horror"
No wonder it's become open season on The Bern. He is presenting a credible threat to the Democratic party power machine, which is banking on a brokered convention, where they will choose a champion, as they did with Hillary Clinton in 2016. All those "superdelegates" know where their bread is buttered, and it ain't by Bernie.
Sanders could win on the first ballot, and all the bread and butter would immediately vanish.
https://www.zerohedge.com/political/bernie-sanders-surges-7-point-lead-iowa-times-poll

Rep. Tulsi Gabbard (D-Hawaii) on Tuesday criticized former Secretary of State Hillary Clinton for saying “no one likes” Sen. Bernie Sanders (I-Vt.), with Gabbard seeking to defend her fellow Democratic presidential hopeful.
“It’s time to grow up. This isn’t high school,” Gabbard said in an interview with WMUR News 9. “We’re talking about real challenges that our country needs to address and the need for real leadership to focus on them​.​
https://thehill.com/homenews/campaign/479277-gabbard-knocks-clintons-jab-at-sanders-this-isnt-high-school

​Charles Hugh Smith, on The Future of "Capitalism":
​The psychotic instability will resolve itself when the illusory officially sanctioned "capitalism" implodes.
Whatever definition of capitalism you use, the current system isn't it so let's call it "capitalism" in quotes to indicate it's called "capitalism" but isn't actually classical capitalism.
https://www.oftwominds.com/blogjan20/future-capitalism1-20.html

Charles also points out, and oil markets are pricing it in, the potential disruption to global economy from the latest coronavirus at Chinese New Year. It's not highly fatal to healthy people. That's not the threat.
The potential threat is a high infectivity rate in global crowds and travel. The infectivity rate of SARS was high.
The Chinese government rates this medium. You can't check their work. It's questioned. 2 weeks will tell.
​ ​Don't be too sure that the coronavirus will blow over and have no effect on global growth.
If there is anything that characterizes this moment in history, it's complacency: everyone's so sure that current trend lines will continue, onward and upward, and risk has been tamed for the foreseeable future.
https://www.oftwominds.com/blogjan20/too-sure1-20.html

​What about the Wuhan coronavirus, the uncommonly bad cold? It seems to have jumped species,  ​perhaps from bats, in a market selling live animals of various provenance to cook as delicacies.
The current fatality rate is around 4%, weighted heavily towards older, and sicker hosts. It seems to reach peak infectivity around day #10. It attacks the lungs more deeply, with less upper airway irritation, which might make it fly under the radar until it is bad, a viral pneumonia. Antibiotics don't work. There could be a vaccine by the end of the year, but...
It has spread in Chinese hospitals, and some are now turning people away with those symptoms. It's on the US east and west coasts, and I assume it's in Houston, too.
https://jamanetwork.com/journals/jama/fullarticle/2759815
https://www.zerohedge.com/geopolitical/please-help-us-supply-shortages-rock-wuhan-outbreak-overwhelms-chinese-healthcare

Ro is the number of additional cases , in a susceptible population, caused by one case of an infectious disease. This current Wuhan coronavirus could be between 1.5(ish) influenza, and 3.5(ish) SARS. Measles and chicken pox are more like 15.
https://www.zerohedge.com/geopolitical/uk-researcher-predicts-over-250000-people-china-will-have-coronavirus-ten-days

They've known about this stuff for 20 years, but it's really hard to get out of drinking water, so why measure it?
​ ​The contamination of U.S. drinking water with man-made “forever chemicals” is far worse than previously estimated with some of the highest levels found in Miami, Philadelphia and New Orleans, said a report on Wednesday by an environmental watchdog group.

​ ​F​rank​ took exception with the article I sent about burning plastics for municipal electricity generation, due to toxic byproducts in the smoke. That's clearly a problem with incinerating municipal waste on the east coast.
Mercury release from coal-fired electrical generation is a known poison.
Burning plastics at the high heat used to generate electricity is "cleaner" than coal.
It could be cleaner still, if there were a deposit on plastics at the point of creation, to pay for collecting and sorting them. Once collected and sorted, which is too expensive to do, they can be dealt with by burning or recycling. Doubling the cost of raw plastics up front would also reduce their use everywhere we look.
Meanwhile:
Other schemes for dealing with the plastics problem abound. Cement kilns—which power cement manufacture and burn at more than 1,400 °C—might offer the quickest fix, SWANA’s O’Brien says. “Cement kilns are always needing energy resources,” he says. “If I had to get rid of a million tons of nonmarketable recyclables this next year, they would be the first on my list.”
https://cen.acs.org/environment/sustainability/Should-plastics-source-energy/96/i38 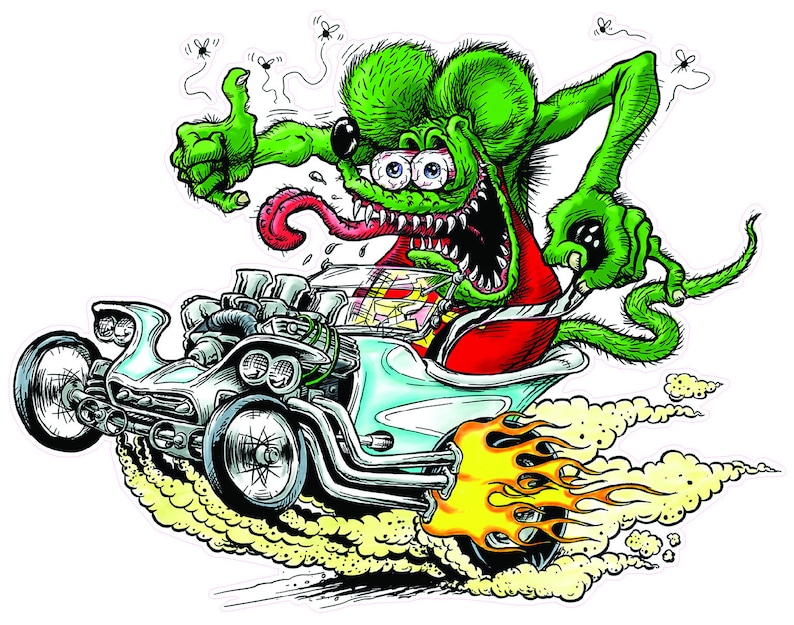