​ As we enter the 2 sunniest months of the year, vitamin-D levels will rise for people who let the sun shine on their skin. It's good to avoid burns, so start modestly, maybe 15 minutes per side, even less if you are very fair and it is midday.​
How much sun equals 5000 units of vitamin-D? That's a question that pops up, and it sure depends on a lot of factors of your skin, overcast, sun angle, time of day, how much skin is getting the sun and how long each session. Almost every American or US resident I test is low unless supplementing or working outdoors every day.
I have gotten some more vitamin-D vs viral illness articles, some redundant, with links and excerpts, to share around.

Low vitamin D levels could explain why African Americans and even African immigrants in Sweden appear to be disproportionately hard-hit by the coronavirus, regardless of socio-economic factors, researchers have suggested.
Vitamin D can protect against getting a severe case of COVID-19, a group of Swedish researchers and doctors have suggested in an article in the medical magazine Läkartidningen.
https://lakartidningen.se/opinion/debatt/2020/05/d-vitamin-kan-skydda-mot-svar-infektion-vid-covid-19/
https://sputniknews.com/europe/202005081079239063-cheap-and-harmless-swedish-researchers-assume-vitamin-d-can-protect-against-covid-19/

British Medical Journal, BMJ had this in April, speculating that vitamin-D supplementation “could be a game changer”.
https://vitad.org/Vitamin+D+may+be+a+COVID-19+Game-changer+-+BMJ+April+6%2C+2020

To reduce the risk of infection, it is recommended that people at risk of influenza and/or COVID-19 consider taking 10,000 IU/d of vitamin D3 for a few weeks to rapidly raise 25(OH)D concentrations, followed by 5000 IU/d. The goal should be to raise 25(OH)D concentrations above 40–60 ng/mL (100–150 nmol/L). For treatment of people who become infected with COVID-19, higher vitamin D3 doses might be useful. Randomized controlled trials and large population studies should be conducted to evaluate these recommendations.
https://www.mdpi.com/2072-6643/12/4/988

The NIH had this out last month, with the same dosing advice:
Evidence supporting the role of vitamin D in reducing risk of COVID-19 includes that the outbreak occurred in winter, a time when 25-hydroxyvitamin D (25(OH)D) concentrations are lowest; that the number of cases in the Southern Hemisphere near the end of summer are low; that vitamin D deficiency has been found to contribute to acute respiratory distress syndrome; and that case-fatality rates increase with age and with chronic disease comorbidity, both of which are associated with lower 25(OH)D concentration. To reduce the risk of infection, it is recommended that people at risk of influenza and/or COVID-19 consider taking 10,000 IU/d of vitamin D3 for a few weeks to rapidly raise 25(OH)D concentrations, followed by 5000 IU/d. The goal should be to raise 25(OH)D concentrations above 40-60 ng/mL (100-150 nmol/L). For treatment of people who become infected with COVID-19, higher vitamin D3 doses might be useful.
https://pubmed.ncbi.nlm.nih.gov/32252338/

This WebMD article has some of the above summaries and links:
https://www.webmd.com/lung/news/20200518/more-vitamin-d-lower-risk-of-severe-covid-19
​Sweden, with voluntary social distancing, had the highest per-capita death rate this past week, edging out the UK.
Will this be good in the long term, letting the virus spread in the sunny summer months, instead of the dark winter?
Will Sweden have a lower final per-capita death rate when this is all over in 2-3 years?
There's not much to do but wait, take vitamin-D and eat fresh fruits and vegetables, is there?​
https://www.telegraph.co.uk/news/2020/05/20/sweden-becomes-country-highest-coronavirus-death-rate-per-capita/

​There has been mass censorship of medical education and discussion of human clinical trial data about hydroxychloroquine. 4 out of 73 of the COVID-19 updates on MedCram,  have been banned from YouTube for analysis of Forbidden-Medical-Knowledge targeted specifically to doctors and med students.​
YouTube censors video in which medical doctors said hydroxychloroquine might help treat COVID-19
The company said the video was 'dangerous' before putting it back up again.

​  ​One of the doctors interviewed in the video, William O'Neill, tells Attkisson, also a Just the News contributor, that there is "some value" to hydroxychloroquine and "it has to be tested."
​  ​O'Neill, a cardiologist in Detroit, has prescribed the drug to multiple patients and "saw improvement in all of them," Attkisson reported.
​  ​At the Henry Ford Health System, where O'Neill works, officials are working with hydroxychloroquine and remdesivir. The doctor said the media campaign against the drug, which began around the time President Trump first started touting it, has left patients "scared to use the drug without any scientifically valid concern."
​  ​"We've talked with our colleagues at the University of Minnesota who are doing a similar study, and at the University of Washington," he said. "We've treated 400 patients and haven't seen a single adverse event. And what's happening is because of this fake news and fake science, the true scientific efforts are being harmed because people now are so worried that they don't want to enroll in the trials."
https://justthenews.com/nation/free-speech/youtube-censors-video-which-medical-doctors-said-hydroxychloroquine-might-help

Permanent job losses are likely to be a feature of the eventual U.S. recovery, according to University of Chicago research, which estimates that 42% of recently unemployed workers will not return to their jobs amid the “profound” shock stemming from coronavirus lockdowns.
https://finance.yahoo.com/news/major-reallocation-shock-from-coronavirus-will-see-42-of-lost-jobs-evaporate-172558520.html

Another Bank Bailout Under Cover of a Virus​ , Ellen Brown
​  ​When the Dodd Frank Act was passed in 2010, President Obama triumphantly declared, “No more bailouts!” But what the Act actually said was that the next time the banks failed, they would be subject to “bail ins” – the funds of their creditors, including their large depositors, would be tapped to cover their bad loans.
But bail-ins were tried in Europe, and the results were disastrous. ​
​  Many economists in the US and Europe argued that the next time the banks failed, they should be nationalized – taken over by the government as public utilities. But that opportunity was lost when, in September 2019 and again in March 2020, Wall Street banks were quietly bailed out from a liquidity crisis in the repo market that could otherwise have bankrupted them.​..
​  “The justification of private profit,” said President Franklin Roosevelt in a 1938 address, “is private risk.” Banking has now been made virtually risk-free, backed by the full faith and credit of the United States and its people. The American people are therefore entitled to share in the benefits and the profits. Banking needs to be made a public utility.​..
​...​During the Great Depression, more than one-third of all private US banks were closed due to bank runs.
​  ​But President Franklin D. Roosevelt, who took office in 1933, was skeptical about insuring bank deposits. He warned, “We do not wish to make the United States Government liable for the mistakes and errors of individual banks, and put a premium on unsound banking in the future.”
​  ​The government had a viable public alternative, a US postal banking system established in 1911. Postal banks became especially popular during the Depression, because they were backed by the US government.​..
...by March the Fed was making $1 trillion per day available in overnight loans. The central bank was backstopping the whole repo market, including the hedge funds, an untenable situation.
​  ​In March 2020, under cover of a national crisis, the Fed therefore flung the doors open to its discount window, where only banks could borrow. Previously, banks were reluctant to apply there because the interest was at a penalty rate and carried a stigma, signaling that the bank must be in distress. But that concern was eliminated when the Fed announced in a March 15 press release that the interest rate had been dropped to 0.25% (virtually zero). The reserve requirement was also eliminated, the capital requirement was relaxed, and all banks in good standing were offered loans of up to 90 days, “renewable on a daily basis.” The loans could be continually rolled over, and no strings were attached to this interest-free money – no obligation to lend to small businesses, reduce credit card rates, or write down underwater mortgages.​..
​ US banks did not share this windfall with the public. Canadian interest rates were cut by half, from 21% to 11%; but US credit card rates dropped in April only by half a percentage point, to 20.15%.​...
​  ​State and local governments could make cheap credit available to their communities, but today they too are second class citizens when it comes to borrowing. Unlike the banks, which can borrow virtually interest-free with no strings attached, states can sell their bonds to the Fed only at market rates of 3% or 4% or more plus a penalty...
​ How can states get parity with the banks? If Congress won’t address that need, states can borrow interest-free at the Fed’s discount window by forming their own publicly-owned banks.
https://www.counterpunch.org/2020/05/20/another-bank-bailout-under-cover-of-a-virus/

​Can the US pressure Israel to cancel contract with China to manage the Port of Haifa? That would be something new.
"Polite Deflection Will No Longer Cut It" - US Pressures Israel To Sever Economic Ties With China
https://www.zerohedge.com/economics/polite-deflection-will-no-longer-cut-it-us-pressures-israel-cut-economic-ties-china

US Outrages China With $180M Torpedoes-For-Taiwan Deal On Same Day President Sworn In
“Supplying Taiwan with these torpedoes serves the economic and security interests of the United States by helping (Taiwan) modernize its armed forces and maintaining a reliable defense capability.”
https://www.zerohedge.com/geopolitical/us-unveils-sale-180m-worth-torpedoes-taiwan-same-day-president-sworn

​Geopolitical strategic weapon...
​  ​It may well be the case that the U.S. shale sector has cut over US$50 billion from its planned spending this year, the number of operating rigs has fallen by 40 per cent in the past four weeks, and output has fallen by nearly one million barrels per day (bpd) over the same period. It is equally true, though, that what all these reports overlook is that the shale oil (and gas) sector is too important from a geopolitical and economic perspective to the world standing of the U.S. for it to be allowed to fail, and all other considerations are secondary.
https://oilprice.com/Energy/Energy-General/Why-US-Shale-Is-Too-Important-To-Fail.html

Venezuela To 'Protect' 5 Inbound Iranian Tankers With Ships & Planes Military Escort​
...​we've been closely following the saga of Iran's provocatively sending five fuel-laden tankers to gasoline-starved Venezuela, despite repeat and growing threats of US intervention against the brazen sanctions-busting mission.
​  ​And now surely escalating matters from Washington's point of view, the Maduro government has vowed it will provide navy ships and military aircraft to escort the inbound Iranian fuel tankers.
https://www.zerohedge.com/geopolitical/venezuela-protect-5-inbound-iranian-tankers-military-escort-ships-planes

Pompeo Accuses China Of Helping Iran's 'Gas For Gold' Sanctions-Busting In Venezuela
​  ​Currently there are five Iranian-flagged tankers transporting fuel to Venezuela across the Atlantic Ocean, with plans to break the American blockade on the Latin American country. Iran has warned that any US attempt at intercepting its fuel tankers "would have serious repercussions for the Trump administration ahead of the November elections."
​  ​But Washington appears ready to do just that, also as the growing number of Iranian supply flights to Caracas via Iran's US-sanctioned Mahan Air is gaining attention. To get Venezuela's derelict refineries up and running to meet domestic gas consumption, vital parts are needed — a role that Tehran has stepped up to fill. But in a new twist to the imminent geopolitical showdown, the US has freshly accused China of being part of the Iranian sanctions-busting scheme in Latin America.
https://www.zerohedge.com/geopolitical/pompeo-accuses-china-helping-irans-gas-gold-sanctions-busting-venezuela

What on Earth Is the US Doing by Bombing Somalia?
https://original.antiwar.com/danny_sjursen/2020/05/15/what-on-earth-is-the-us-doing-by-bombing-somalia/

T​he US military is cooking something up that can't be looked at...
​ ​"President Trump has decided to withdraw from another major arms control accord, according to senior administration officials, and will inform Russia on Friday that the United States is pulling out of the Open Skies Treaty," reports The New York Times.
The post Cold War treaty, initiated in 1992 and then ratified in 2002, allows its now 35 member states to conduct short-notice, unarmed observation flights to monitor other countries' military operations in mutual verification of arms-control agreements.
https://www.zerohedge.com/geopolitical/trump-void-open-skies-treaty-russia-friday 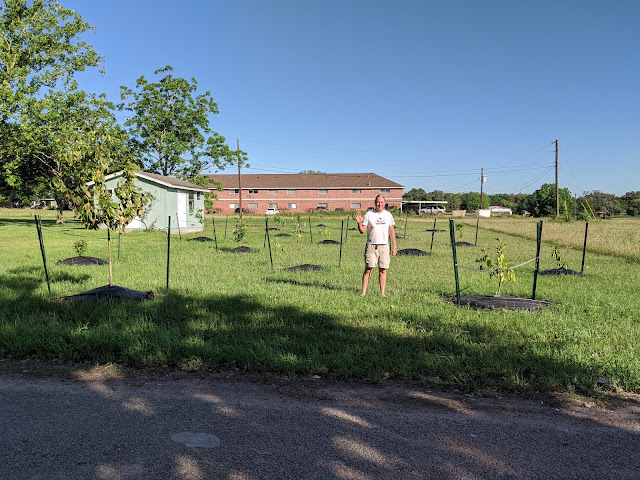