Fauci Fights Chloroquine To The Death

Tony Fauci has been the go to guy for half a trillion dollars of medical research money for 36 years.
That's long term deal making power. He's "The Decider".
There is an ongoing battle to suppress Hydroxychloroquine (HCQ), a cheap and effective drug for the treatment of Covid-19. The campaign against HCQ is carried out through slanderous political statements, media smears, not to mention an authoritative peer reviewed “evaluation”  published on May 22nd by The Lancet, which was based on fake figures and test trials​...

​In 1999 Gilead Sciences Inc, developed Tamiflu (used as a treatment of seasonal influenza and bird flu). At the  time, Gilead Sciences Inc was headed by Donald Rumsfeld (1997-2001), who later joined the George W. Bush administration as Secretary of Defense (2001-2006). Rumsfeld was responsible for coordinating the illegal and criminal wars on Afghanistan (2001) and Iraq (2003).
​  ​Rumsfeld maintained his links to Gilead Sciences Inc throughout his tenure as Secretary of Defense (2001-2006). According to CNN Money (2005): “The prospect of a bird flu outbreak … was very good news for Defense Secretary Donald Rumsfeld [who still owned Gilead stocks] and other politically connected investors in Gilead Sciences”.
​  ​Anthony Fauci has been in charge of the NIAID since 1984, using his position as “a go between” the US government and Big Pharma. During Rumsfeld’s tenure as Secretary of Defense, the budget allocated to bio-terrorism increased substantially, involving contracts with Big Pharma including Gilead Sciences Inc. Anthony Fauci considered that the money allocated to bio-terrorism in early 2002 would:
“accelerate our understanding of the biology and pathogenesis of microbes that can be used in attacks, and the biology of the microbes’ hosts — human beings and their immune systems. One result should be more effective vaccines with less toxicity.” (WPo report)
​  ​In 2008, Dr. Anthony Fauci was granted the Presidential Medal of Freedom by president George W. Bush “for his determined and aggressive efforts to help others live longer and healthier lives.” 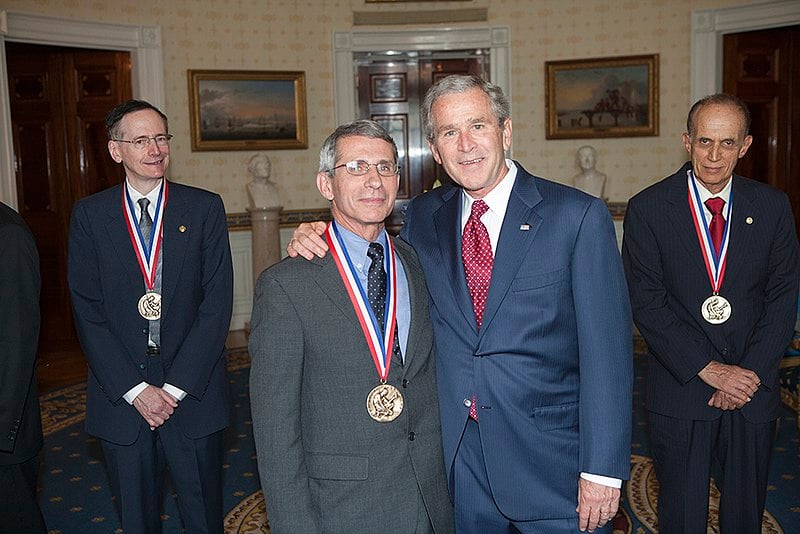 “A secretly recorded meeting between the editors-in-chief of The Lancet and the New England Journal of Medicine reveal both men bemoaning the ‘criminal’ influence big pharma has on scientific research...
The email continued with a quote from that recording: ‘Now we are not going to be able to … publish any more clinical research data because the pharmaceutical companies are so financially powerful today, and are able to use such methodologies, as to have us accept papers which are apparently methodologically perfect, but which, in reality, manage to conclude what they want them to conclude,’ said The Lancet’s editor-in-chief, Richard Horton.”

​Finally, Vladimir Zelenko MD's research is published. The outcomes of the humans he treated earlier this year.
We all saw this online, but here it is wrapped up nice and proper:
COVID-19 Outpatients – Early Risk-Stratified Treatment with Zinc Plus Low Dose Hydroxychloroquine and Azithromycin: A Retrospective Case Series Study

​Hydroxychloroquine and zinc prospective study from France was well run. They did not give it to people with heart disease. It helped a lot.  (Give zinc too, sez I.) Thanks Marjorie!
In our institute in Marseille, France, we initiated early and massive screening for coronavirus disease 2019 (COVID-19). Hospitalization and early treatment with hydroxychloroquine and azithromycin (HCQ-AZ) was proposed for the positive cases.
https://www.ncbi.nlm.nih.gov/pmc/articles/PMC7315163/

I was well aware of chloroquine/hydroxychloroquine​ + ​zinc before President Trump tried to help out​;

​I​ posted information, as well as getting some for family members and our clinic.

When did the hydroxychloroquine “controversy” first appear?
​ ​Santa Monica car​d​iologist Dr. Dan Wohlgelernter reported on June 18 that “there was never controversy about hydroxychloroquine right up until March 20, 2020.”[x]
​ ​He was referring to Donald Trump’s tweet of March 21:
“HYDROXYCHLOROQUINE & AZITHROMYCIN, taken together, have a real chance to be one of the biggest game changers in the history of medicine. The FDA has moved mountains – Thank You! Hopefully they will BOTH (H works better with A, International Journal of Antimicrobial Agents)…..”[xi]
​  ​Dr. Wohlgelernter continues:
“We had data from China and from France well before that in February showing a significant beneficial impact of hydroxychloroquine – yet you saw physicians, politicians, journalists, saying that hydroxychloroquine is all hype and it’s all due to the president pushing it. That’s revisionist history.
​  ​The fact is there was a great deal of excitement in the medical community internationally a month before President Trump ever mentioned it, because of the data reported from China and from Dr. Raoult in France and it said that people used whatever political animosity they had towards the President to attack the medication that in fact had helped many people with coronavirus and could have helped many more had it and its reputation not been so sullied by political accusations and by poorly designed studies and by medical journals allowing publications that were negative as far as their conclusions – publications that never should have reached print because they hadn’t been adequately vetted.[xii]

​Thou shalt never speak of hydroxychloroquine , but to disparage it.
Don't ask questions you don't want to know the answer to.
We know who our friends are.
On June 20, 2020, nine days before the Department of Health and Human Services announced its $1.6 trillion purchase of remdesivir on June 29, its NIAID branch closed a clinical trial that had been launched May 14 to investigate whether the inexpensive combination, hydroxychloroquine plus azithromycin, might be an effective treatment when given early in the course of the disease.[21]
The Department of Health and Human Services knew that hydroxychloroquine (aka chloroquine) was effective against coronavirus because chloroquine was tested against the SARS-1 virus during the outbreak in 2002. This work was written up in 2005, under the auspices of the U.S. Centers for Disease Control in Atlanta, which reports to the Department of Human Health and Services.[22]
http://www.informationclearinghouse.info/55314.htm

Vitamin-D won't roll over for remdesivir and big money yet...
This is a retrospective cohort study which included two cohorts (active and expired) of 780 cases with laboratory-confirmed infection of SARS-CoV-2 in Indonesia. Age, sex, co-morbidity, Vitamin D status, and disease outcome (mortality) were extracted from electronic medical records.
The aim was to determine patterns of mortality and associated factors, with a special focus on Vitamin D status. Results revealed that majority of the death cases were male and older and had pre-existing condition and below normal Vitamin D serum level.
Univariate analysis revealed that older and male cases with pre-existing condition and below normal Vitamin D levels were associated with increasing odds of death. When controlling for age, sex, and comorbidity, Vitamin D status is strongly associated with COVID-19 mortality outcome of cases.
https://emerginnova.com/patterns-of-covid19-mortality-and-vitamin-d-an-indonesian-study/

More than 200 scientists dispute WHO theory on Covid-19 transmission
They are saying that the virus is exhaled in tiny little droplets that float in a room for half an hour or so, when you speak, not just spittle and snot you spew when coughing and sneezing. That's why entire church choirs catch it at rehearsal.
https://www.brusselstimes.com/news-contents/world/120072/more-than-200-scientists-dispute-who-theory-on-covid-19-transmission/

​Here is the New England Journal of Medicine, showing why they say that. Look at the video, which is a black box to click on. Green laser in black room lights up micro-droplets during speech with and without mask. assume it is a really good mask. You get the point. Lesser masks would have less, but similar effects.
​https://www.nejm.org/doi/full/10.1056/nejmc2007800 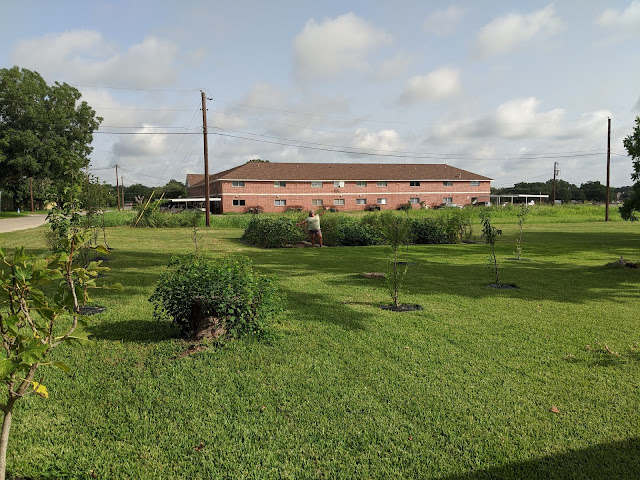