Real Revolution Means Expanding Consciousness, Both Outwardly And Inwardly  , Caitlin Johnstone
The inward and outward expansions of consciousness exist on the same continuum, and neither is more important or more valuable than the other. People who are more interested in politics and government might see the exploration of the inner dimensions as airy fairy bullshit, and people who are more interested in spirituality and enlightenment might see the exploration of international power dynamics as deluded nonsense for muggles.
But objectively they hold the same value. Someone engaged in relentlessly honest self-enquiry is doing something that is just as valuable as someone who is engaged in investigative journalism. Going to therapy and having transformative personal breakthroughs is as valuable as making a viral video exposing the reality of police brutality. All expand consciousness, so all are facilitating the revolution.
In this particular sense, there’s no fundamental difference between someone like Julian Assange and someone like Eckhart Tolle. You might object that one of these men is in prison and the other is enjoying what appears to be a fairly cushy and unmolested life, but there’s a reason for that: our rulers don’t understand just how threatening the expansion of inner consciousness is to their empire. If they did, old Eckhart would be rotting in a prison cell just like Julian.
Sociopaths don’t understand the inner dimensions. They don’t really have the cognitive software for it. They have an acute understanding of how to manipulate language and information in order to get what they want, but the notion of honest introspection with the goal of truth for truth’s sake is wholly alien for them. Someone who sees the world as a field of potential assets to be exploited will never think to look inside themselves and consider how they might be misinterpreting reality, but they will see attempts to interfere with their toxic agendas in the world as direct threats to their ability to get what they want. Which is why Julian Assange is in prison and Eckhart Tolle is not.
https://caitlinjohnstone.com/2020/06/30/real-revolution-means-expanding-consciousness-both-outwardly-and-inwardly/

Jim Kunstler says Biden for President is "Bait and Switch" (That was Sanders-for-Clinton & Sanders-for-Biden already)
​  ​This Joe Biden thang is being set up as some kind of  bait-and-switch, but the scheme is a little too obvious, dontcha think? Mr. Biden has obliged himself to choose a “woman-of-color” as his running mate, of course, and so it is assumed that about twenty minutes after the swearing-in on January 20, 2021, Stacey Abrams (or Val Demings, or Kamala Harris, or Tawana Brawley) will become de facto president, and we’ll be off to the races, so to speak. It’s a cute gambit, but I don’t see it playing out. You may be unaware of this but the Democratic Party is actually owned, lock-stock-and-barrel, by the Clinton Foundation. It has something else in mind. Due to the unfortunate last minute discovery of Joe Biden’s incapacity to serve, She Whose Turn Was Thwarted in 2016 will perforce be the party’s nominee for an epic rematch with the Golden Golem of Greatness. Let’s face it: everybody wants to see that contest. And an election with mail-in ballots will cinch her victory.
https://kunstler.com/clusterfuck-nation/bait-and-switch/

Racism and anti-racism as lies​, ​by Thierry Meyssan
​  ​In reality, racism and anti-racism are two sides of the same coin. Both are based on the fantasy of races that we know do not exist. In both cases, it is an outdated conformism. The racists corresponded to imperialist and colonial ideologies, the anti-racists to financial globalization. Their only common political utility is to occupy the ground to mask authentic social struggles.
https://www.voltairenet.org/article210278.html

​On "White Fragility", Matt Taibbi​
​ ​DiAngelo isn’t the first person to make a buck pushing tricked-up pseudo-intellectual horseshit as corporate wisdom, but she might be the first to do it selling Hitlerian race theory. White Fragility has a simple message: there is no such thing as a universal human experience, and we are defined not by our individual personalities or moral choices, but only by our racial category.
​  ​If your category is “white,” bad news: you have no identity apart from your participation in white supremacy (“Anti-blackness is foundational to our very identities… Whiteness has always been predicated on blackness”), which naturally means “a positive white identity is an impossible goal.”
​  ​DiAngelo instructs us there is nothing to be done here, except “strive to be less white.”
https://taibbi.substack.com/p/on-white-fragility?

"This Is Not Just Accidental", How one Coronavirus Mutation Helped the Virus Conquer the Globe
Neville Sanjana, a geneticist at the New York Genome Center and New York University, was trying to figure out which genes enable SARS-CoV-2 to infiltrate human cells. But in experiments based on a gene sequence taken from an early case of the virus in Wuhan, he struggled to get that form of the virus to infect cells. Then the team switched to a model virus based on the G variant.
​  ​"We were shocked," Sanjana said. "Voilà! It was just this huge increase in viral transduction." They repeated the experiment in many types of cells, and every time the variant was many times more infectious.
​  ​The mutation in question is known as D614G, or just "G" for short. So far, the "G" mutation has been found in roughly 70% of the half a million or so samples that have uploaded to a shared database for scientists around the world. This has convinced many scientists of its significance, especially because the mutation occurs in a part of the genome that governs the infamous "spike" protein that gives the virus its name ("corona" = crown in Latin) and is believed to enable it to infiltrate human cells.
https://www.zerohedge.com/geopolitical/not-just-accidental-how-one-coronavirus-mutation-helped-virus-conquer-globe

​Vitamin-D won't roll over for remdesivir and big money yet...​
​  ​This is a retrospective cohort study which included two cohorts (active and expired) of 780 cases with laboratory-confirmed infection of SARS-CoV-2 in Indonesia. Age, sex, co-morbidity, Vitamin D status, and disease outcome (mortality) were extracted from electronic medical records.
​  ​The aim was to determine patterns of mortality and associated factors, with a special focus on Vitamin D status. Results revealed that majority of the death cases were male and older and had pre-existing condition and below normal Vitamin D serum level.
​  ​Univariate analysis revealed that older and male cases with pre-existing condition and below normal Vitamin D levels were associated with increasing odds of death. When controlling for age, sex, and comorbidity, Vitamin D status is strongly associated with COVID-19 mortality outcome of cases.
https://emerginnova.com/patterns-of-covid19-mortality-and-vitamin-d-an-indonesian-study/

​Hydroxychloroquine and zinc prospective study from France was well run. They did not give it to people with heart disease. It helped a lot.  (Give zinc too, sez I.)​ Thanks Marjorie!
In our institute in Marseille, France, we initiated early and massive screening for coronavirus disease 2019 (COVID-19). Hospitalization and early treatment with hydroxychloroquine and azithromycin (HCQ-AZ) was proposed for the positive cases.
https://www.sciencedirect.com/science/article/pii/S1477893920302817

UK regulators have approved the resumption of a global trial aimed at determining whether hydroxychloroquine and chloroquine are effective in preventing COVID-19 infections in healthcare settings, according to Reuters.
https://www.zerohedge.com/political/global-hydroxychloroquine-study-resume-after-positive-trial-results

H​ow treating humans as cheap commodity labor to be manipulated for profit spreads viral pandemic in America:​
​  ​This treatment of an essential workforce is in keeping with what the economist Michael Perelman has called the “farm worker paradox” in which he asks, “why those whose work is most necessary typically earn the least” (in pandemic-time, we can add, “…and are most compelled to risk their lives and their families’ lives.”)
​  ​The paradox exists, observes Perelman, because of the circular logic of capitalism. Economists argue that farmworkers earn low wages because they are not highly “productive”; that is, collectively, they generate low profit per worker. But that’s because everyday food sells cheap, and it’s cheap largely because many of those who produce it earn near-starvation wages.
https://www.resilience.org/stories/2020-06-30/its-not-just-meat-all-farm-and-food-workers-are-in-peril/

​   ​Fear in the JFK Assassination, Part 2​  (The weird faked military autopsy with somebody else's brain)
​  ​Texas law required the autopsy to be conducted in Texas. Dr. Earl Rose, the Dallas Medical Examiner, insisted on conducting the autopsy immediately upon Kennedy’s death. An armed team of Secret Service agents, brandishing their guns, refused to permit that to happen and forced their way out of Parkland Hospital. Operating on orders, their objective was to get the president’s body to the airport, where Vice President Lyndon Johnson was waiting for it. His objective: to put the autopsy in the hands of the U.S. military.
​  ​In the 1970s, the U.S. House of Representatives opened up a new investigation into Kennedy’s assassination. During and after those hearings, a group of Navy enlisted men came forward with a remarkable story. They stated that they had secretly carried Kennedy’s body into the morgue at Bethesda Naval Medical Center in Maryland about an hour-and-a-half before the body was officially brought into the morgue.
https://www.fff.org/2020/06/23/fear-in-the-jfk-assassination-part-2-of-2/

​My friend (Hi, Lindsay!) said that Afghanistan was paradise when he trekked there in the 1970s.
Here are some pictures from that era. Sorry I missed it.​
https://www.messynessychic.com/2013/06/10/lost-in-time-groovy-afghanistan/ 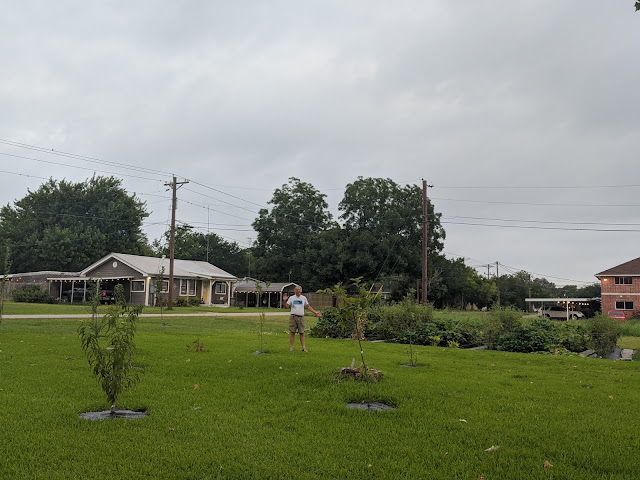