Nate Hagens gives his state of the world report. I've been wondering what Nate was up to.
​  ​Increasingly I think it’s not oil nor finance, nor social disruption that is our core risk but declining returns to complexity. Historian Joseph Tainter famously studied how ancient civilizations collapsed due to the inability of resources/productivity to keep pace with complexity. In today’s world, this can be seen in myriad ways, from the unemployment software in US States being written in COBOL and FORTRAN, to APIs for majority of our medicines made in India and China... ​  ​
​  ​If you took a poll and asked people what the single biggest casualty was from the pandemic, very few people would respond with ‘oil’.  But no matter who wins the election, US oil production, including shale oil, is about to fall off a cliff, with massive consequences for society. For the setup of our modern way of life, oil is effectively our hemoglobin – and the COVID arrow hit at the heart of the industry as market prices are far below what it costs to extract oil from the ground.  Yet this is all invisible to most people as the media (and economics departments) still conflate price with cost and cost with value... ​  ​ 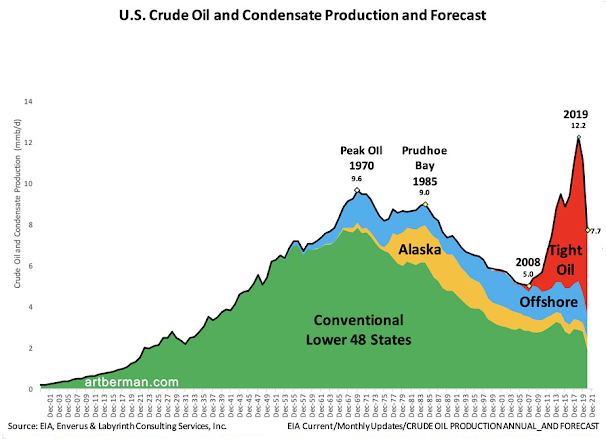