This is pretty brief this morning before dawn. It was clearly laid out that the Democratic camp would not concede the election at any time, and that votes that favored Trump early, would reverse late, and Biden would win.
The stated battle strategy was massive vote rigging, with a what'cha-gonna-do-about-it-? dare.
Well, if the judges in the rigged states are all rolled up, and the deep state is running the show, you pretty much have to lie there and get your face punched, don't you? That's a thing I remember. I never had any allies as a kid.
I tucked my chin and got forehead-punched.
What if you secretly had a friend?
The shenanigans in Michigan were barely hidden. Voting monitors were just kept out of vans and counting rooms.
Michigan State Senators Request Full Election Audit Citing Voting Irregularities
https://www.zerohedge.com/political/michigan-state-senators-request-full-election-audit-citing-voting-irregularities
​National voting tallies, state by state. A whole lot of ballots were thrown away. Here is state by state, and all added up. (site looks shabby)
​Based on this initial analysis over 500,000 votes were identified that were switched from President Trump to Joe Biden. In addition to this another 2,865,757 votes were deleted.
https://humansarefree.com/2020/11/atomic-bombshell-analysis-of-election-night-data-allegedly-shows-over-500k-votes-switched-from-biden-to-trump-and-over-286-million-votes-simply-deleted-from-trump.html
News Flash: New management at Pentagram follows Trump's orders, upsetting global imperial apple cart.
Oh, NO! NOT withdrawal from Afghanistan!!
What other dangerous disruptions might Trump try to pull in the next 2 months?
(4 years?)
https://www.politico.com/news/2020/11/11/trump-new-pentagon-clash-afghanistan-436120
​Were the vote riggers being recorded the whole time from the air?
Dominion (evil) computer software was widely used in swingin' states.
There are Dominion whistle-blowers ready to testify how the rigging went down.
Whoa, Army vs. CIA? Whoa! (sharper tabloid look)
​-CAUGHT! Election data analyzed, producing detailed list of over 500,000 votes SWITCHED from Trump to Biden via voting machine software theft, with heavy fraud focused on swing states
-Source reveals that the CIA ran the vote theft while Trump and the DoD documented the entire election coup
​-​Without the vote fraud, Trump wins with 307 electoral votes
https://www.distributednews.com/473589.html
​The Tale Of The Four Seasons Landscaping Press Conference, Thanks Marc
(I have just stepped off a cliff, but I can't unsee this 15 minutes of conspiracy theory video podcast from a guy's apartment. What if he's right?)​
https://www.youtube.com/watch?v=O8ama9KYzbc&feature=youtu.be
Letting Chips Fall
(banana patch progress with compost mostly covering drip system Sunday afternoon) 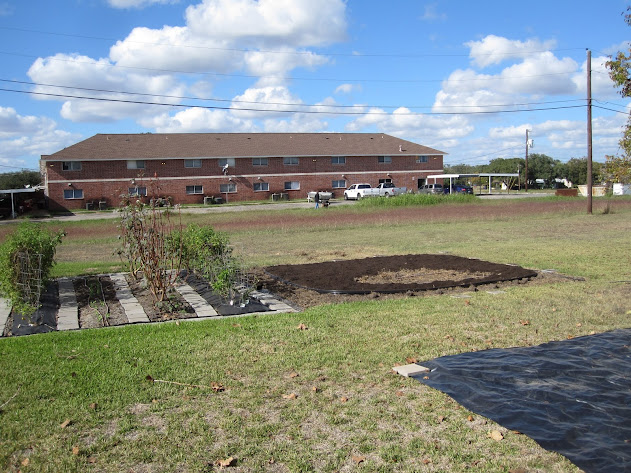