Poised,
Alastair Crooke,  A Pandemic of Authoritarianism, as the Red Grains Cascade
What we see is an attempt to impose an idealised technical managerialism onto a complex, rather than pursue real solutions to problems.
Change happens quickly and often unpredictably. Yet the unpredictable part seemingly is all about physics. Imagine, dropping one grain of sand after another onto a table. A pile soon develops. Eventually, just one grain starts an avalanche. Most of the time, it’s a small one. But sometimes the pile just slides and disintegrates entirely.
Well, in 1987, three physicists began to play the sand pile game in their lab, seeking an answer to what it is that triggers the typical avalanche? After a huge number of tests, they found there is no typical number of grains that does it.
To find out why such unpredictability should show up in their sand pile game, the physicists next coloured it according to its steepness. Where it was relatively flat and stable, they coloured it green; where steep and, in avalanche terms, ‘ready to go’, they coloured it red.
Afghanistan was intended to be a showcase for western technical managerialism – an empirical petri-dish in which to prove the historical inevitability of technocracy...
Existential political and social questions in this doctrine however, were to be nuanced through ‘Third Wayism’ (i.e. left unsolved – or fudged with easy answers, and easy money).
Or … ‘regulated’ into compliance. The answer to social problematics was Cloud Computing of mass data. With enough input on past human choices, it is believed that experts can precisely predict human behaviour, which then can be ‘nudged’ in the direction that our élites wish it to go. Nudge behavioural psychology, of course, is about control – not active thinking...
There are many subtleties and twists in the story, but the basic message is simple: The peculiar and exceptionally unstable organization of the critical state does indeed seem to explain why our highly complex world, at large, seems so susceptible to unpredictable upheavals. So much for AI and big data’s predictions – In the end, it was the landing of the Taliban ‘red grain’ that triggered an unpredicted, lightning cascade.
The question must be: Will this trigger any chain reaction? Maybe not, yet there are several other ‘fingers of instability’ in the western sand pile which should be coloured ‘grain red’, and – judged in avalanche terms – may be poised to cascade.
One such is the ‘vaccination’ (or gene therapy): The mRNA ‘vaccine’ doesn’t stop infection, nor does it stop the spread of the virus. A fully vaccinated person can catch the virus and spread it to others. There’s new evidence that double-vaxxed individuals build up huge viral loads in their noses and sinuses, causing them to become super-spreaders, and infect others. The unvaccinated therefore, have as much to fear in terms of catching the disease from the vaccinated as the other way around.
Israel is providing a useful case study in the effectiveness – or lack thereof – of vaccines. Israel is one of the most heavily vaxxed countries in the world, with nearly 80% of the population fully vaccinated and almost 100% of the elderly. But now Israel is experiencing a massive increase in infections (and of serious cases), mainly among the fully vaxxed...
The ramifications deriving from the paradigmatic blow given by the Taliban to the Western technocratic vision; to Europe at its sudden discovery that America does not have Europe’s back; to inflation felt everywhere; to the QE impasse (that interest rates above 2% would kill the western economy); to geopolitical rejection of the western liberal model – arguably all these run through what happens next with Covid, and the mass resort to the imposition of ‘virtuous’ authoritarianism.
There is, in the end, nothing more than one common single thread running through all these fingers of instability: It is the attempt to impose an idealised technical managerialism onto a complex, critical-state reality, rather than pursue real solutions to problems – and the resort to behavioural control psychology to conceal the rot beneath, and compel compliance.
So, we are now poised at a critical state of what Paul McCulley calls ‘stable disequilibrium’ – where all actors work to maximize their personal outcome, and reduce their exposure to fingers of instability. But the longer the game runs, says McCulley, the more likely it is to end in a violent avalanche, as the fingers of instability have more time to build, and, eventually, the state of stable disequilibrium goes critical.
Which finger goes first? Unpredictability again – any grain falling on a red spot can, by domino-like action, cause sliding at other nearby red spots.

Australia accidentally kept records of adverse events after first and then second COVID vaccination.
At least 39% of Australians were left unable to perform daily activities after having the Covid-19 Vaccine according to official Government data      https://theexpose.uk/2021/09/15/39-percent-of-australians-left-unable-to-perform-daily-activities-after-having-the-covid-19-vaccine/

What do you think?   are booster shots increasing covid spread and covid deaths? a look at the israeli data                  https://boriquagato.substack.com/p/are-booster-shots-increasing-covid

Just say you did a study:
Are you kidding me, Pfizer, volume 1 gazillion
They want booster approval based on studies covering about 300 people - with no control arms. BUT IT GETS BETTER. They tested it in 12 (yes, 12!) people over 65.   https://alexberenson.substack.com/p/are-you-kidding-me-pfizer-volume

Yes, it is as certain as it can be that these vaccines kill some folks.   https://www.bitchute.com/video/95lJP00jEZhu/

The EU, with US guidance, is delaying approval of Nordstream 2 gas pipeline from Russia to Germany. Russia has slowed natural gas flows through Nordstream 1, ahead of wither, the time that Europe is usually building up gas storage. Prices shoot up. This is high pressure. The EU needs to let the new pipeline open, don't they?     https://www.rt.com/business/534894-lavrov-nord-stream-2-launch-2022/            https://www.zerohedge.com/commodities/ive-never-pulled-so-many-gas-price-graphs-i-have-over-last-24-hours

Charles Hugh Smith The Illusion of Getting Rich While Producing Nothing     By incentivizing speculation and corruption, reducing the rewards for productive work and sucking wages dry with inflation, America has greased the skids to collapse.  Of all the mass delusions running rampant in the culture, none is more spectacularly delusional than the conviction that we can all get fabulously rich from speculation while producing nothing. The key characteristic of speculation is that it produces nothing: it doesn't generate any new goods or services, boost productivity or increase the functionality of real-world essentials.  Like all mass delusions, the greater the disconnect from reality, the greater the appeal. Mass delusions gain their escape velocity by leaving any ties to real-world limitations behind, and by igniting the most powerful booster to human euphoric confidence known, greed.      https://www.oftwominds.com/blogsept21/illusion-wealth9-21.html 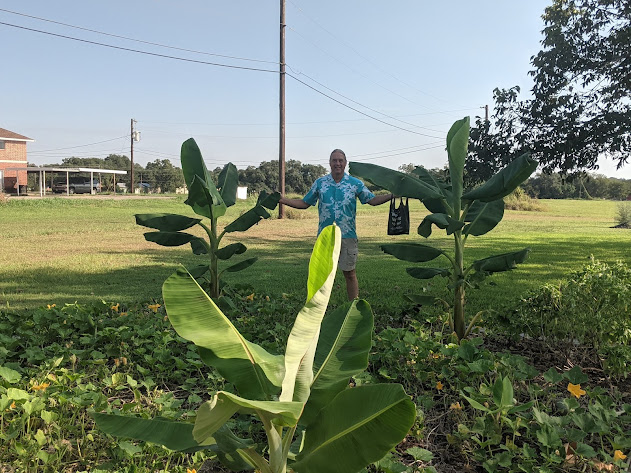