Charles Hugh Smith:
Here is America in a nutshell: we no longer solve problems, we manipulate the narrative and then declare the problem has been solved.
Actually solving problems is difficult and generally requires sacrifices that are proportionate to one's wealth and power. But since America's elite are no longer willing to sacrifice any of their vast power for the common good, sacrifice is out in America unless it can be dumped on wage earners. But unfortunately for America's elite, four decades of hidden-by-manipulation sacrifices have stripmined average wage earners, and so they no longer have anything left to sacrifice.
​  ​Enter the Ministry of Manipulation, which adjusts the visible bits to align with the narrative that the problem has been fixed and the status quo is godlike in its technocratic powers. All this manipulation doesn't actually solve the problems, it simply hides the decay behind gamed statistics, financial trickery and glossy PR. The problems fester until they break through the manipulated gloss and the public witnesses the breakdown of all the systems that were presented as rock-solid and forever.
https://charleshughsmith.blogspot.com/2021/09/ministry-of-manipulation-no-wonder.html
​  I have been noticing that what should be a smallish third wave of COVID cases and deaths in Texas, is anything but small. Cases are not dropping like a rock, to mimic their rise.The rapid spread of Delta should give a rapid rise AND a rapid fall of cases if the susceptible population is getting used up by developing natural immunity. Natural immunity is still the gold standard for this coronavirus, no matter what is being advertised.
It looks like something is feeding more susceptible people to the virus, so it can keep spreading, at a time when we should be reaching natural herd immunity. The actual number of infections is about 6 times the number of confirmed cases. It's a pretty stable multiplier.
The only intervention that looks big enough to make that large of a population influence is the vaccination campaign, which has included somewhere over half of Americans. There are mechanisms of antibody enhancement of viral pathogenicity. This has been found with fully tested vaccines, in the US, like the rotavirus vaccine, like the respiratory syncytial virus vaccine, and globally with the Dengue vaccine that killed so many children in 2015. They died when they got Dengue, a lot more than unvaccinated children died when they got dengue.
This happened in all of the animal vaccine trials for SARS and MERS vaccines in the 2000s. All of the coronavirus vaccines caused more vaccinated animals to die than unvaccinated animals, when both groups were exposed to the virus.
That was a "good" reason to NOT do animal testing on the current vaccines, and to give the manufacturers complete freedom from liability, through Emergency Use Authorizations, which is still how they are administered in the US, despite the Comirnaty-Pfizer bait-and-switch dance being performed.
​ 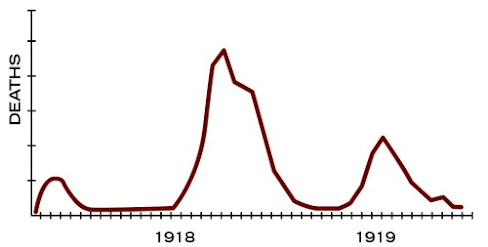