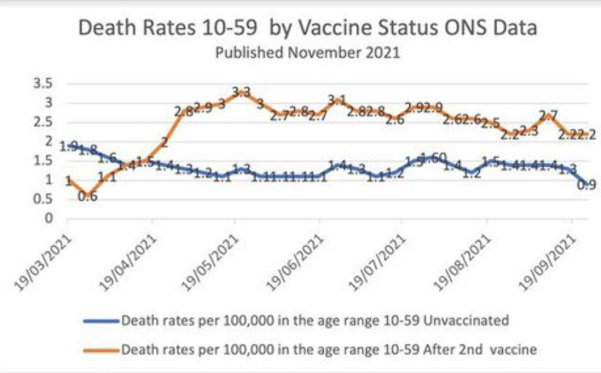 https://alexberenson.substack.com/p/vaccinated-english-adults-under-60
Dutch deaths more than 20 percent higher than previous year average
According to the statistical office, the higher mortality can be seen in all age groups.
https://freewestmedia.com/2021/11/21/dutch-deaths-more-than-20-percent-higher-than-previous-week/
Already, in November... (The "vaccines" weaken the immune system's ability to fight other infections, COVID after 6 months, and cancer.)
US COVID Deaths In 2021 Have Surpassed 2020's Total... Despite Vaccines, Treatments
https://www.zerohedge.com/markets/us-covid-deaths-2021-have-surpassed-2020s-total-despite-vaccines-treatments
​  ​A report in the U.K. Telegraph explains how the Covid-19 vaccine has led to a sharp rise in excess deaths...
Mortality is rising because more people are dying. And more people are dying because more people have been vaccinated.
​  ​There’s a link between rising mortality and the Covid-19 vaccine.
Naturally, the media wants to shift responsibility for the fatalities to “delayed treatments” and “the lack of preventable care”. But this is just a diversion.
The primary cause of death is the injection of a toxic pathogen into the bloodstreams of roughly 70% of the population.
That’s what’s causing the clotting, the bleeding, the pulmonary embolisms, the heart attacks, the strokes, and the premature deaths.
It’s the vaccine...
​  ​The sudden surge in mortality is not a meaningless blip on the radar. It’s a red flag indicating a significant break in the five-year trend. Something has gone terribly wrong. Mass vaccination was supposed to reduce the number of cases, hospitalizations and deaths. Instead, the fatalities continue to rise.
Why?
​  ​The answer to that question can be found in the data itself. As the author admits, there has been a sharp uptick in heart failure, heart disease, circulatory conditions and strokes. (Diabetes is the outlier)​ ​ ​[Actually, Diabetes causes inflammation of the arterial circulation as the mode of injury and death. It is not an outlier at all. Vaccination accellerates the destructive processes of diabetes.]​
​  ​These are precisely the ailments one would expect to see if one had just injected millions of people with a clot-generating biologic that triggers a violent immune response that attacks the inner lining of the blood vessels inflicting severe damage to the body’s critical infrastructure.
​https://www.unz.com/mwhitney/lethal-injection-frontline-e-r-doctor-gives-chilling-account-of-unusual-vaccine-induced-illness/
​The mRNA and DNA "vaccines" cause your body to produce spike protein, which gets into your blood and circulates.​
The SARS-CoV-2 Spike protein disrupts human cardiac pericytes function through CD147-receptor-mediated signalling: a potential non-infective mechanism of COVID-19 microvascular disease
https://portlandpress.com/clinsci/article/doi/10.1042/CS20210735/230273/The-SARS-CoV-2-Spike-protein-disrupts-human
​Another Judge orders another hospital to let a doctor give somebody with COVID, dying on a ventilator, ivermectin.
Another one does not bite the dust.
The hospital appeals, after the man gets 5 days of ivermectin, gets off the ventilator, and out of the ICU.​
(What is never explained is that the hospital is free from liability, no matter how many people die from lack of treatment, as long as they ONLY use treatments with liability-shielded emergency-use approvals. This is a set-up, nationwide.)
A Judge Stands up to a Hospital: "Step Aside" and Give a Dying Man Ivermectin
A Chicago-area judge saved a grandfather's life with the single question that exposes hospitals blocking doctors from using a safe, FDA-approved drug: Why?
https://rescue.substack.com/p/a-judge-stands-up-to-a-hospital-step
​The Police report of the death of Thomas Jendges is not yet out. There is disagreement about what he did or did not say.
I would like to know that video records of the stairwell to the roof were reviewed...
​  The German police deny the existence of the letter, which qualifies the anti-Covid-19 vaccines as "genocide". It has been circulating online since the death, on November 2, of Dr. Thomas Jendges, who ran a hospital in Chemnitz.
https://agenparl-eu.translate.goog/muore-il-ceo-della-clinica-di-chemnitz-dr-thomas-jendges/?_x_tr_sl=it&_x_tr_tl=en&_x_tr_hl=en&_x_tr_pto=nui,sc
"A short Introduction (5 minutes) To The Fourth Turning" is maybe a little too short and simple, but it's short and simple.
There does seem to be a pattern that we forget what went wrong last time when the people who had to fix it are all buried, and it goes wrong again, a little differently, but for the same reasons.
https://www.youtube.com/watch?v=u-IxdlONC_g
Wherein it is considered that Mao really did do a lot before he got neurosyphilis, and everything that went wrong in China was not completely his fault... Thanks Charles.
Mao reconsidered
https://mronline.org/2017/10/18/mao-reconsidered/
​Reconsidering Historical Lessons​
​(gratuitous Yoakum garden-porn image)​ 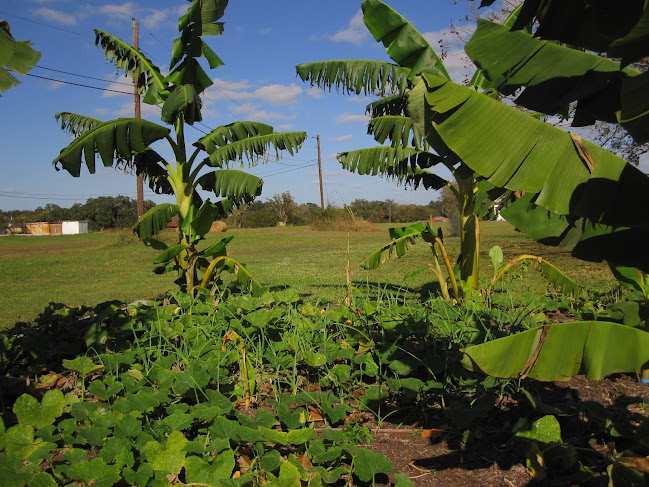