China has the longest recorded economic history, and the Chinese study Chinese history for mastery. Thousands of years of paper money cycles all ended with degradation of the currency and return to gold. The link i posted last night, was economist  Michael Hudson telling his life story to a rapt audience of elite Chinese college students, with the point being to avoid the pitfalls now bringing western finance toward inevitable economic-collapse. Nobody interrupted.
In the past dozen years we have seen political arguments about where China should peg the Yuan/Renmenbi compared to the $US. The official story is now that China is letting it float lower to counter Trump-tariffs. That's not untrue... It's also a partial story.
China is a country with plenty of financially savvy and recently wealthy people, who have been buying real estate in western cities, and other foreign assets, to reduce their exposure to risks of downward fluctuation of value of Yuan/Renmenbi. Every time the Yuan would face further devaluation, there would be a peak in property sales in Canada.
The Chinese government has labored mightily to curtail these capital outflows, yet with only partial success. No fence was tight enough. What would induce Chinese millionaires to keep their money in China? They need a guaranty against loss of value. They already buy gold, and there is now that exchange in Hong Kong doing so much of the actual physical gold trade in the world...
What if the Yuan/Renmenbi were pegged to gold within China, so that Chinese would not lose monetary value against gold, but would see it fluctuate against foreign fiat currencies?
The problem for the "Masters of the Universe" in western banking is that they have had to keep the price of gold suppressed to keep the dollar dominant, even though the dollar is now poisonous for global trade, being used as a weapon against Russia and Iran, and hurting Europe, Brazil and Turkey in the process. They have to keep gold looking risky in the west. Gold short positions remain near all time highs. This means that China can peg to gold and still devalue against the dollar in the trade war. Quietly establishing this relationship hints openly at what the post-dollar global reserve regime will be. Gold again. Who can argue with that?
David Brady says "There will be no bottom in gold until trade war ends" Maybe, but when does it "end", and how?
https://www.sprottmoney.com/Blog/no-bottom-in-gold-until-trade-war-ends.html 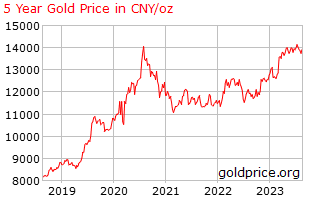 Europe, China and Russia defy Trump on Iran Sanctions ("King Dollar will beat you all to a pulp!")
https://www.truthdig.com/articles/europe-russia-and-china-defy-trump-on-iran-sanctions/

(sphinxlike) Lord Jacob Rothschild:   "In 9/11 and in the 2008 financial crisis, the powers of the world worked together with a common approach. Co-operation today is proving much more difficult. This puts at risk the post-war economic and security order."
https://www.zerohedge.com/news/2018-08-09/lord-rothschild-new-world-order-risk

(plainspoken)  David Stockman warns that the global economy has reached an "epochal pivot", a moment when the false prosperity created from $trillions in printed money by the world's central banks lurches violently into reverse.
https://www.peakprosperity.com/blog/114271/david-stockman-world-economy-epochal-pivot

​(​Russia has the highest ratio of physical gold reserves to GDP of any country, and very low national debt:GDP, something like 23%)
As diplomatic tensions again escalate between the US and Russia following the announcement of new sanctions against Moscow earlier this week by the Trump administration, Russia's prime minister Dmitry Medvedev warned the United States on Friday that Russia would regard any U.S. move to curb the activities of its banks as a declaration of economic war which it would retaliate against.

"Understanding Russia, Undemonizing Putin" is something I sent out in February, and bears posting again. Understanding is better than being emotionally manipulate, no?
https://canadiandimension.com/articles/view/understanding-russia-un-demonizing-putin#disqus_thread

​T​he U.S. and Russia are the first and second largest energy producers in the world. Saudi Arabia is the third largest energy producer in the world. If you put the U.S., Russia, and Saudi Arabia in a loose alliance, they dominate the energy markets. They can cut you off, they can supply, they can set prices.Who needs energy the most? China.
China has very little oil or natural gas. It does have coal, but if you’ve been to Beijing lately, you know it looks black at noon because the air is so bad and you can’t breathe it. Pulmonary disease is becoming fairly common. They’re literally choking themselves to death. So, Russia, the U.S., and Saudi Arabia acting jointly have China completely at their mercy.
But the U.S. presently has no relationship with Russia to help back up our position against China. It’s two-against-one, and the U.S. is the odd man out — thanks to U.S. political dysfunction and the media.
In a three-handed poker game, if you don’t know who the sucker is, you’re the sucker. Trump will try to make China the odd man out. Very few people seem to get this.

​Take one look at this story, from Moon of Alabama, about the US providing Saudi Arabia with their targeting information, as they bomb Yemen. One look.
​http://www.moonofalabama.org/2018/08/us-fine-tuning-of-saudi-airstrike-target-list-creates-results.html#more

Al Jazeera has more specifics, plenty of specifics. (Can we ally with Iran, instead of Saudi Arabia after the petro-dollar crashes into oblivion?)
https://www.aljazeera.com/news/2018/08/yemen-dozens-children-killed-wounded-school-bus-attack-180809085843444.html

How the high-tech US military strategy of bombing people you don't know leads to repeated failures. Example: Afghanistan.
http://www.moonofalabama.org/2018/08/why-they-failed-the-quintessence-of-the-korengal-valley-campaign.html#more

The Crisis in Corbyn's Labor Party is over Israel, not anti-Semitism (Whats in a name?)
https://www.globalresearch.ca/the-crisis-in-corbyns-labour-party-is-over-israel-not-anti-semitism/5650015

Charles Hugh Smith:
Here's the uncomfortable reality: the means to pay all these future obligations-- the real-world economy, and the wealth and income of the vast majority of the populace-- are far too modest to fund the fast-expanding obligations,which include interest due on the ever-increasing mountain of public and private debt.
The current "everything" asset bubbles have temporarily boosted the wealth and income of corporations and the wealthy, but all bubbles eventually pop as the marginal elements that are propping up the expansion weaken and implode.
https://www.oftwominds.com/blogaug18/destroy-currency8-18.html

Currently, I am living in Russia, where the difference between Russians and Americans when it comes to preparing for the ‘unknown’ could not be greater. While Americans spend untold hours per week mowing their lawns, pulling weeds and trimming the hedges, Russians are toiling at their ‘dachas’ (in Russia, it is common for people to own an apartment in the city and a piece of land in the countryside), growing fruit and vegetables in greenhouses, and collecting mushrooms in the forest (picking mushrooms is a veritable art form, where it can literally mean the difference between life and death to choose the correct variety among dozens of species). Every Russian I have met in the countryside also have their own private source of water from painstakingly dug wells on their land. This is no small consideration when it is remembered that corporations are gradually buying up, in addition to our food supplies, the rights to our water supplies as well.
The entire notion of ‘prepping’ in Russia is completely nonexistent since the knowledge of working the land, which became absolutely critical during the severe food shortages of the communist years, has been a traditional part of Russian life since the country’s inception. Although Russians, like any other people, would suffer grave hardships in the event of a severe economic downturn, many of them would still be able to feed themselves due to their time-tested ‘survival’ skills. I am not sure the same could be said of their American and European counterparts.

A San Francisco Jury awarded $289 million in damages to a former school groundskeeper, Dewayne Johnson, who said Monsanto's Roundup weedkiller gave him terminal cancer. The award consists of $40 million in compensatory damages and $250 million in punitive damages.
Johnson's trial was fast-tracked due to the severe state of his non-Hodgkins lymphoma, a cancer of the lymph system he says was triggered by Roundup and Ranger Pro, a similar glyphosate herbicide that he applied up to 30 times per year. His doctors didn't think he'd live to live to see the verdict.
Johnson testified that he had been involved in two accidents during his work in which he was doused with the product, the first of which happened in 2012. Two years later, the 46-year-old father of two was diagnosed with lymphoma - which has covered as much as 80% of his body in lesions.

​Realizing Too Late​
Posted by John Day at 1:00 PM