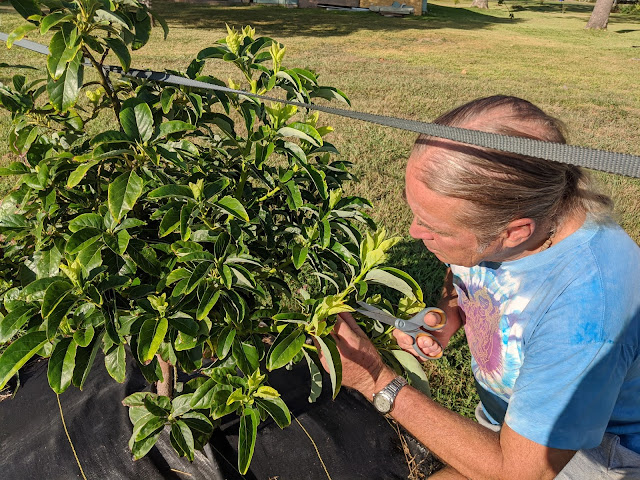 Both of the Lula seedlings, I am grafting to, have more than one shoot, so even if the graft does not take, I might sort of get another try. 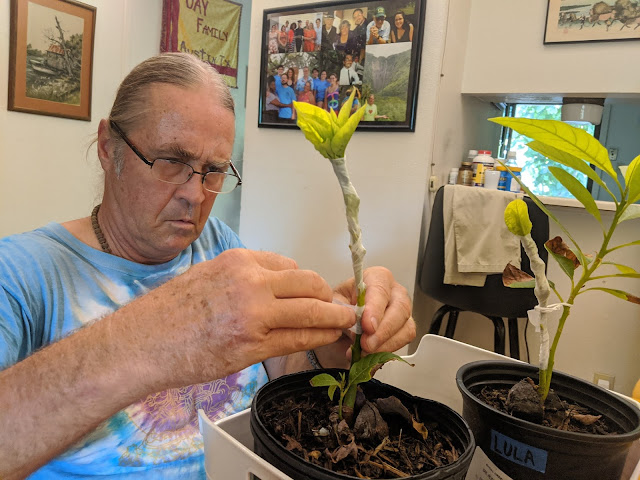 If it does take, I will probably leave it at that, and pot up to a bigger pot, then snip off the Lula branch. Lula avocados are good, but the tree won't make it. The roots will live, because they are buried.
I'll need to get the soil up over the graft when I put up. I'm grafting fairly  low, for that reason. 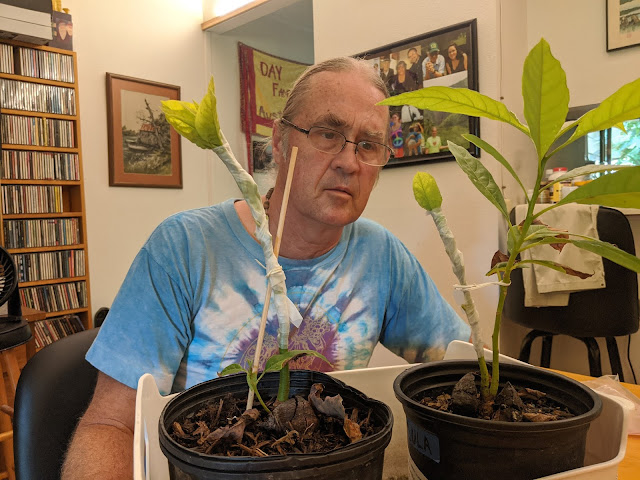 Novice Grafter
Posted by John Day at 9:41 AM