Abstractions are completely different from living experiences.
I'm sorry to print something so mundane and obvious as that, but "we" collectively are not making physical investments in our own futures for a world with rapidly declining oil and other forms of energy. This energy decline is already evident as less of everything we assume our environment will supply.
Less order, less transportation of ourselves and things we need, less medical back-up, less income, less electricity, less reliable communication and news, more desperation, more sudden changes.
Current politics in America are identitarian, and there are sharp divides over wearing masks, or being forced to wear masks, but that is more symbolic, and it does not provide a basis for feeding ourselves in the future, or keeping the desperation levels low enough for people to rationally cooperate to meet common needs.
Where did the rational cooperation go, which brought our species to this point? I'll put forward that it works against the power of our elite owners for us to rationally cooperate with each other. They need us to pay tribute, follow their orders and hate each other, though mostly passively.
That sweet spot for our owners, which we see around us, cannot last very long, but how can we cooperate?
I propose just working together to grow food. That's why I'm growing 3 gardens, canning some food, cooking fresh food, and giving it away, or encouraging coworkers to harvest things, explaining what they are. At least some more interest has developed as everybody who works at the North Clinic has to enter through the vegetable garden in the break area, now. Human flows have been rerouted for social distancing, but it has conversely increased vegetable-proximity.
I've included a photograph in the clinic garen from last October, a long time ago, a different moment in history.
It's a good time to make the same point that I learned in early 1974, about stuff running out after we learn to live off it.

I last posted this annotated graph from The Limits To Growth, 1972, in September 2017. Put a straight edge on 2020, and see if you feel like we went over the cliff of human material wealth per capita a few years ago, or at least that we are in some kind of rapid decline already.
I sure do.
Please allow me to direct your consciousness back to MIT 1972, where the third iteration of the most advanced systems-analysis computer model, World-3, produced the projected graphs below, of what our species would achieve on our planet, if we kept doing things about the same, without a concerted and global redirection of our efforts, "Business as Usual". Notice the red line on this graph, marking peak industrial output and food per person. It looks like it falls right about 2014 or 2015. This was not a "prediction", as the authors stated many times, but a forward projection of historical trends, with the interactions of the trends correlated into each other, rather than being projected in isolation, as if everything else would remain the same. World-1 and World-2 programs had been tested and retested, then further refined to develop World-3. Running the data with a start date of 1900 predicted the 20th century pretty well, including the part that had not yet happened. Limits to growth was a hot topic in 1971, the year that US oil production peaked, just as M. King Hubbert had predicted in the 1950s. We were feeling a lot of change then. I remember. We were surprised, and didn't want to be surprised again. Remember?
Move your gaze about halfway between that red line and the marker for 2020, down on the x-axis.
That's where Wile-E-Coyote looked down. Do you think it was 2016 or 2017?

A massive fall off in US shale oil "production" is baked in by the huge decline in drilling rig count. Shale production falls off fast, depends on lots of ongoing drilling rigs drilling and drilling, with supply coming a year or more later. Rig counts are way down, cannot be brought up quickly, are not financially profitable now, and are not preparing the industry to pump in 2021 and 2022. This is already baked-in. There will be some rise in output this summer, but it will fall in the fall.
https://oilprice.com/Energy/Crude-Oil/US-Oil-Dominance-Is-Coming-To-An-End.html

They could not settle this amicably 20 years ago, and the moment is now arriving. Water is life.
Egypt and Ethiopia are on the verge of war over water

“The Ethiopians are building on the Blue Nile, Africa’s largest hydroelectric power plant, surpassing the Sayano Shushenskaya Hydropower Station,” the author said, pointing out that Ethiopia would become the second largest generator of electricity in Africa.
The Blue Nile is the main artery that feeds the Grand Nile, and the construction of the dam will lead to severe decay in the valley waters, where up to 90% of the Egyptian population lives.
https://www.almasdarnews.com/article/egypt-and-ethiopia-are-on-the-verge-of-war-over-water-media/

British tabloids discover vitamin-D, which was first described in England, as a treatment for "English Children's Disease", Rickets. Thanks Ilargi.
Covid-19 patients who end up in hospital may be almost certain to die if they have a vitamin D deficiency
Indonesian experts analysed hospital records of 780 people who tested positive
98.9% of Covid patients defined as vitamin D deficient — below 20ng/ml — died
Yet this fell to just 4.1% for patients who had enough of the nutrient, data showed
SACN will review existing scientific evidence on whether vitamin D lowers risk
Public Health England and NHS regulator NICE are doing a separate review
https://www.dailymail.co.uk/news/article-8432321/Government-orders-review-vitamin-D-role-Covid-19.html

Texas coronavirus cases are rising hard, but hospital capacity is not yet threatened with overload, and that is what the governor is watching. The economy is open. Consider voluntarily wearing a mask when you shop, dine and visit.
https://www.texastribune.org/2020/06/20/coronavirus-texas-cases-daily-record/

We saw a big and increasing rise in cases, and a lot of people with symptoms are reporting sick family members with COVID. Our tests took a full week to come back, which is no service to anybody being tested. It thwarts the whole purpose. For the past 2 weeks, cases diagnosed in Travis county have doubled every 4 days on average. They are up by 15 times (35-506) in 14 days. When tests take a week to come back, what does that mean?
I've agreed to work more shifts.
https://www.traviscountytx.gov/news/2020/1945-novel-coronavirus-covid-19-information

This essay from January 2016 remains extremely important. Debt is the structure of our economy.
Current debts cannot be paid, but we must all die trying, except the 1%; they got bailed out again.
How Debt Conquered America​ ,​ By Jada Thacker
​  ​Since its center-stage debut during the Occupy Wall Street movement, “the 99%” a term emblematic of extreme economic inequality confronting the vast majority   has become common place. The term was coined by sociology professor David Graeber, an Occupy leader and author of the encyclopedic Debt: The First 5,000 Years, published just as the Occupy movement captured headlines.
​  ​What Graeber’s monumental work did not emphasize specifically, and what most Americans still do not appreciate, is how debt was wielded as the weapon of choice to subjugate the 99% in the centuries before the Occupy protesters popularized the term. Like so many aspects of our Lost History, the legacy of debt has been airbrushed from our history texts, but not from our lives.
https://consortiumnews.com/2016/01/08/how-debt-conquered-america/

Gavin O'Reilly (in Ireland) asks: Topple the Statues, But Ignore the Modern-Day Oppressors?
​  ​Following last month’s murder in the United States of George Floyd, an unarmed black man suffocated by Minnesota police officer Derek Chauvin during what should have been a routine stop, what would initially begin as protests against police brutality and systemic racism in the US state of Minneapolis would soon spread nationwide before developing into an international phenomenon...
​  ​However, despite the litany of war crimes this modern-day imperialist foreign policy has resulted in, from the Donbass to the Middle East, the Pentagon, the Ministry of Defence and the factories of Lockheed Martin, Raytheon and BAE Systems have so far remained untouched by the current protesters - their anger seemingly reserved for imperialists and oppressors who passed away generations ago instead.
https://ahtribune.com/world/4239-ignore-the-modern-day-oppressors.html

​People will see whatever they are determined to see this fall.
Biden Commits To Three Debates With Trump
https://www.zerohedge.com/political/biden-commits-three-debates-trump

The Illusion of Control: What If Nobody's in Charge?  Charles Hugh Smith  June 22, 2020
The last shred of power the elites hold is the belief of the masses that the elites are still in control.
https://www.oftwominds.com/blogjune20/in-charge6-20.html 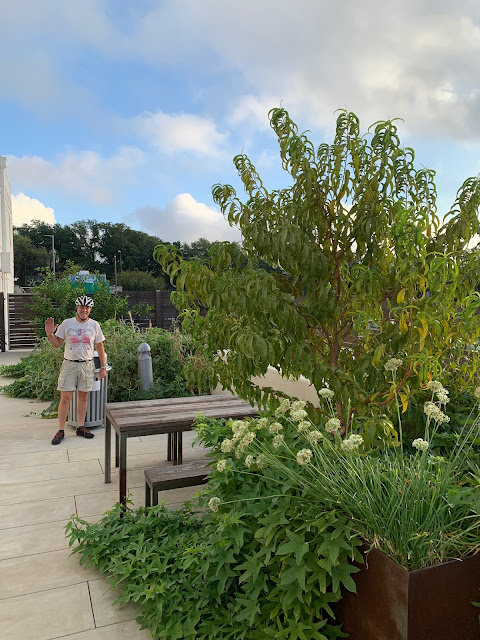